Energy The Government rejects the European contingency plan: "No matter what happens, Spanish families are not going to suffer gas cuts"

The third vice president and minister for the Ecological Transition, Teresa Ribera, has announced that the Government "does not support" the proposed contingency plan in the face of the possibility that Russia closes the gas tap that the European Commission presented this morning 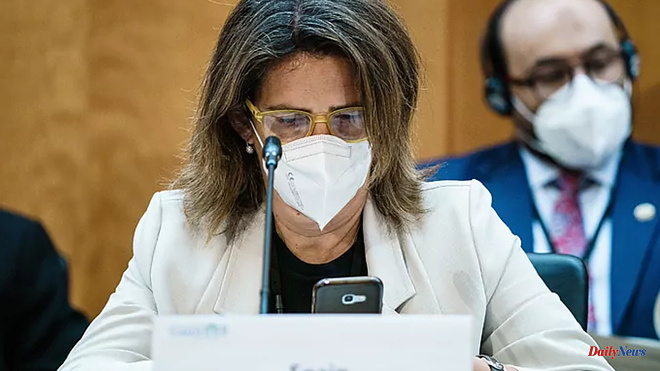 The third vice president and minister for the Ecological Transition, Teresa Ribera, has announced that the Government "does not support" the proposed contingency plan in the face of the possibility that Russia closes the gas tap that the European Commission presented this morning.

"We consider that it is proposed without prior orientation, without a general orientation debate in the European Council, even when the economic consequences and in terms of redistributive impact are particularly important," the minister explained at a press conference. "They cannot demand a sacrifice from us on which they have not even asked us for a prior opinion."

"Spain has done its homework in this area," boasted the vice president, and has done so "constantly and paying more than many of its European partners." Having advanced the task allows us to be supportive - "we can feel proud of being so for what we have built and for our vocation to continue contributing to a joint response at European level" -, but they want there to be a "serious and honest" debate . Instead, the plan supposes imposing solutions "that do not seem to us adjusted or effective for what is intended."

In her speech, the head of Ecological Transition was harsh with a Europe that, she recalled, had been warning for some time -unsuccessfully- that it was time to get down to work in this area and also work on interconnections. "There has been profound inaction on the part of the European Union." "Unlike other countries, we Spaniards have not lived beyond our possibilities from the energy point of view," charged the minister, who combined these blows in a forceful speech with references to solidarity and the predisposition to help from Spain. As she repeated on several occasions, she will collaborate with what is necessary, but not in any way. In short, they agree on the objectives, but disagree on the specific proposals.

Ribera advanced that they will work with Europe on everything related to this energy transition -the country is also prepared to become a green hydrogen hub-, but they will not accept measures that they consider unfair after the work carried out. "We will resist the imposition of obligations that are above, in terms of effort, what corresponds to us and what is asked of other community partners."

Thus, the Executive ensures that "no matter what happens, Spanish families are not going to suffer gas cuts or power cuts in their homes." In the same way, he assured that "Spain is going to defend the position of the Spanish industry", in reference to the recent statement in which the great Spanish industry also rejected the forced cuts in countries that had already diversified their gas sources.

In any case, Ribera has opened the door to debate and has recalled the leading role of Spain and its regasification plants. As he explained, Spanish gas reserves are above 80%, while Europe is around 50%.

"Whatever happens in a few days that will be key and in which we invite our European partners to debate in an open, transparent and respectful way about the best ways to support", pointed out the third vice president. As she stated, they will do so "aware that Spain has a fundamental role in this context, since it is the gateway for more than 30% of liquefied natural gas to Europe." It is precisely in these ports where it receives the liquefied natural gas from Russia (it reaches Germany by gas pipeline), but to a much lesser extent compared to the total: it only accounts for around 10%.

This infrastructure, Ribera defended, is prepared "to give very important support to our neighbors." When the Council meets (it will do so on the 26th) Spain will go "to defend the interests of all Spaniards with a supportive, effective, efficient and, hopefully, coordinated proposal".

"We have the greatest interest in this being the case," assured the minister before appealing to the three principles that have guided the EU's action in these months: unity, solidarity and flexibility. They are aware, he pointed out, that there are partners "who are having a hard time" and who fear autumn and winter - Germany is one of them - and will help and support them, but "defending the respect that we Spaniards also deserve and the Spanish industry". "We are supportive, I insist on it, but we cannot be asked for a disproportionate sacrifice."

1 Television The summer specials of High Voltage already... 2 How How to write: pick up or pick up 3 United Kingdom Rishi Sunak and Liz Truss advance to... 4 International Boris Johnson's farewell before... 5 Chess Carlsen resigns to defend his throne in the... 6 Television Save me: Kiko Hernández throws beetles... 7 Nicaragua Daniel Ortega rules out agreements with... 8 Courts The Supreme Court annuls an acquittal of ETA... 9 Television Netflix will introduce the subscription... 10 Senate Montero accuses the PP of delaying the "yes... 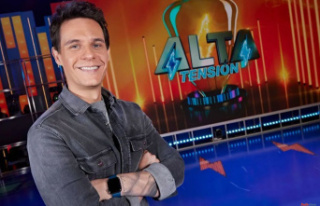