Euro falling: "The consumer is the fool"

The common currency has been under pressure on the financial markets for some time. 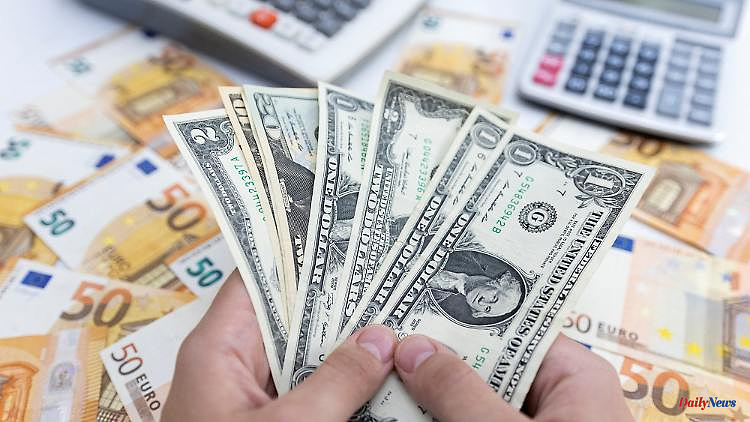 The common currency has been under pressure on the financial markets for some time. For the first time since 2002, one euro costs just one dollar. In an interview, analyst Halver explains how inconvenient the weakness of the euro is, how low the euro can sink and what parity means for consumers.

ntv.de: Does parity have more than a purely symbolic meaning?

Robert Halver: Parity has a high psychological significance. If the exchange rate falls below one, the dollar is worth more in purely nominal terms – and that erodes the Eurozone's honor and its self-image as a large economic area. And the end of the flagpole doesn't have to be in sight yet.

Why did the euro crash?

The euro crashed for several reasons. On the one hand, because no real interest rate hike policy has been pursued so far that fights inflation. That makes the great alternative currency, the dollar, where there have been manly rate hikes to boost inflation, more attractive than the euro area. Another reason: Europe in particular, with its export nations and its business model of buying raw materials cheaply, processing them and then exporting them, has hardly anything to gain at the moment. First of all, the raw materials are scarce, or at least expensive. However, this does not only apply to gas, but also to preliminary products from China for the industry, which is also a difficult sales market at the moment due to its zero-Covid policy. And Russia is totally absent.

How low can the euro sink?

Once the parity has been broken for the first time, in extreme cases it can slip to 0.95. That would be a slap in the head. But then intermittent counter-movements would also set in.

How inconvenient is the weakness of the euro in the current environment with high inflation?

The current euro weakness comes very inconveniently. At the moment we are importing inflation because commodities are quoted in dollars. The weaker the euro, the more expensive it is to fill up, heat or buy groceries. That hurts.

Isn't a weak euro cause for celebration for the export industry?

On the one hand, one could say: Our exports are cheaper and can be sold more worldwide. However, the production of goods must also run smoothly for this to happen. It's difficult to sell something if you can't produce it. And companies that do business in America can shine simply by converting dollars into euros. But: Of course, the companies also have to buy the raw materials much more expensively. That takes a lot away from the margin again.

What does parity mean for consumers?

Everything is getting more expensive. The consumer is the loser because of course he also has a big loss of wealth and less money to spend. Incidentally, this is ultimately not good for a democracy when push comes to shove. Unfortunately, long economic and prosperity crises and the loss of prospects have often led to democratic crises.

How could the euro stabilize again?

The ECB could start raising interest rates quickly. That would be a signal that the fight against inflation is finally being taken more seriously. Higher interest rates here compared to the US, where the rate hike wave is likely to come to an end at the end of the year, would stabilize the euro. But it would only be a short-term victory: a country's or region's currency is something like that region's share price, and it's not attractive right now. Because in the longer term, we have to ask ourselves the question: How is the euro supposed to become strong if the euro area doesn't stick together and there is a risk of long-term welfare losses because we don't say what we can switch on as an alternative if we switch off the old industrial culture. The ECB cannot solve these problems by financing more and more government debt cheaply. We have to create sustainability with new business models ourselves.

What must investors do now?

Euro investors now have basically few problems. The euro is euro. And investors who invest in America and have dollars will of course make currency gains if the euro continues to fall. Invest a little more in US stocks.

1 Crisis industry draws hope: "Wind power will... 2 The Morning. Carpentras on fire; A tourist is found... 3 Parity with the US dollar for the first time: why... 4 Parity for the first time since 2002: the euro falls... 5 Drop of 85 percent: Klarna loses 39 billion dollars... 6 Live environment. [In photos] United States: The giant... 7 Group sticks to takeover: Twitter considers Musk's... 8 "Many inquiries from investors": Insurance... 9 Bereaved fathers should never be ashamed to discuss... 10 Symbol of flight chaos: mountains of suitcases stranded... 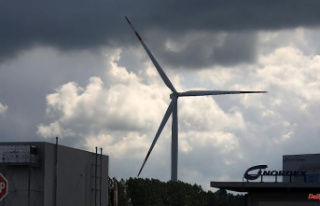