In France, too, there are limits for nuclear power plants on how warm their cooling water may be before it is discharged back into the rivers. 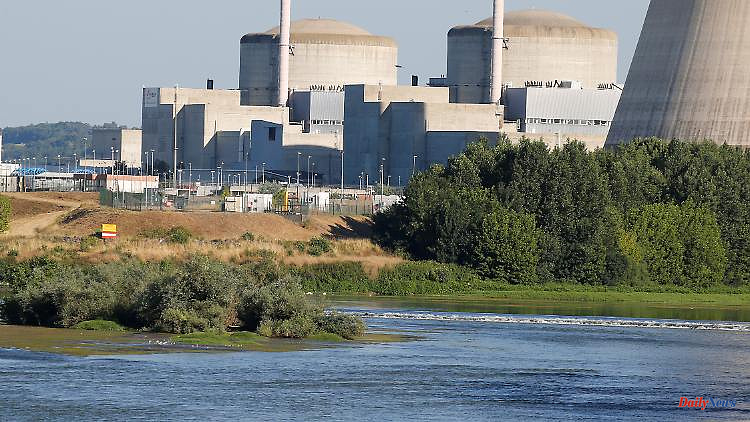 In France, too, there are limits for nuclear power plants on how warm their cooling water may be before it is discharged back into the rivers. Since only around half of the French reactors are currently in operation anyway, the government fears for energy security and is relaxing nature conservation requirements.

Due to the threat of energy shortages, five French nuclear power plants are allowed to return warmer than usual cooling water to the rivers until mid-September. According to a decree published in the Official Journal of the French Republic, this derogation is intended to prevent the power plants from having to reduce or completely interrupt electricity production. For each nuclear power plant in France, the temperature that may not be exceeded is actually set very specifically in order not to endanger the flora and fauna of the river. This is now partially softened.

Due to maintenance work and technical problems, only around half of the 56 nuclear reactors in France are currently in operation. Because of the early heat waves this year, two nuclear power plants had already been temporarily throttled since May so as not to heat up the rivers too much. Since the rivers carry less water after the low-precipitation winter and spring, they are warmed up more quickly by the cooling water that is returned.

The derogations agreed concern the nuclear power plants in Golfech on the Garonne, Blayais on the Gironde and Saint-Alban, Tricastin and Bugey on the Rhone. According to the decree, the introduction of warmer cooling water that is now permitted there is “accompanied by stricter environmental monitoring”. As early as mid-July, an exception - then limited to three weeks - to the usual regulations on water temperature was issued for the piles in Golfech, Blayias and Saint-Alban. Now a total of five power plants are allowed to let warmer water than usual into the rivers until September 11th.

1 Back on the training ground: Alexander Zverev is happy... 2 Interview with UFC champion: Jiří Procházka: "Title... 3 F1 Drivers' Circus Report: McLaren ejects Ricciardo... 4 'I really need to lose weight?': 'Friends'... 5 Time out from everyday life: how holidays work - and... 6 “In the end, that would be another accident on the... 7 Austria wants to pursue hate online more closely 8 Corona pandemic: After the death of a doctor: Austria... 9 Corona: "You can lie and cheat, that's the... 10 Festival: Small festival in the big park is a crowd... 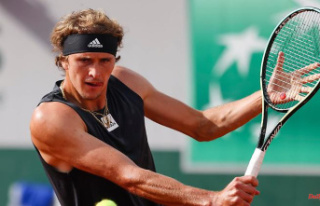 Back on the training ground: Alexander Zverev is happy...