Extra payment beckons: This is what you need to know about the Porsche IPO

At first the dates remained vague, but now there is unlikely to be a return: VW has fired the starting signal for the IPO of Porsche AG. 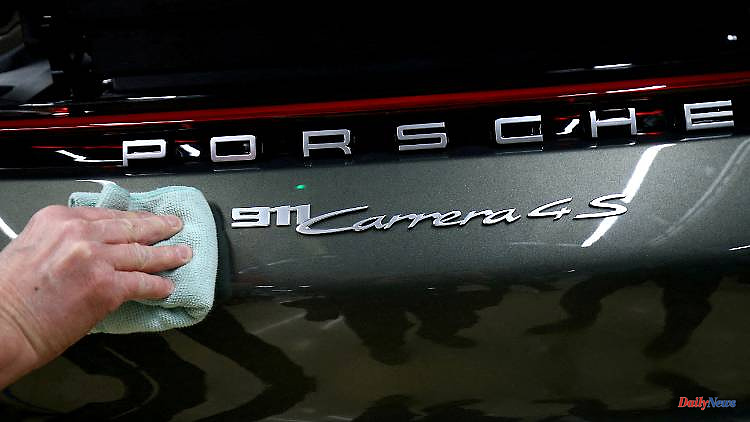 At first the dates remained vague, but now there is unlikely to be a return: VW has fired the starting signal for the IPO of Porsche AG. ntv.de answers the most important questions.

What's going on there?

Volkswagen takes Porsche AG public. So far, it has been fully owned by VW and is therefore a subsidiary of a group such as Audi. The operational business of Porsche is bundled in it - i.e. series such as the 911, Cayenne, Macan, Panamera or Taycan.

But hasn't Porsche been on the stock exchange for a long time?

It is not Porsche AG that is listed on the stock exchange, but Porsche SE (PSE). This holding company is controlled by the Porsche and Piëch families. It holds slightly more than half of the voting rights in the Volkswagen Group. Only the non-voting preferred shares of Porsche SE are traded on the stock exchange. The voting common shares are held by the two families.

no The capital of Porsche AG is divided into non-voting preference shares and voting ordinary shares. Volkswagen wants to keep 75 percent minus one share of the trunks of Porsche AG. 25 percent plus one share goes to the PSE. Up to a quarter of the preferred shares are traded on the stock exchange - this corresponds to 12.5 percent of Porsche's entire share capital.

As a rule, stock corporations in Germany issue ordinary shares. However, companies that are shaped by families in particular often offer preference shares. The main difference: owners of preferred shares have no voting rights, but receive a higher dividend. The founding families secure their influence on the company through the common shares.

When will it go public?

The first day of trading on the Frankfurt Stock Exchange is scheduled for September 29th. The walk onto the floor will be one of the largest in Europe in a long time. Investors can subscribe to the shares starting tomorrow, Tuesday.

How expensive are the shares?

Volkswagen is offering the preferred shares at EUR 76.50 to 82.50 each. This corresponds to a company value of 70 to 75 billion euros.

The valuation of Porsche AG is in the upper half of the range of 60 to 80 billion euros previously mentioned by investment bankers. For comparison: The Porsche parent Volkswagen is currently valued at a good 87 billion euros. The Porsche share of 75 percent remaining in the Wolfsburg group after a successful IPO alone accounts for almost two thirds of this. That is also a calculation behind the IPO: Luxury car manufacturers such as Porsche or Ferrari are valued significantly higher on the stock exchange in relation to their profits than mass manufacturers such as Volkswagen, also because they are significantly less sensitive to the economy.

How profitable is Porsche actually?

Along with Audi, Porsche is the cash cow of the Wolfsburg group. With an operating return of 15 percent for years, it is by far the most profitable of Volkswagen's nine passenger car brands. Last year, Porsche generated sales of 33 billion euros with 302,000 vehicles delivered and earned 5.3 billion euros from operations. The SUV models Cayenne and Macan and the most important sales market China are responsible for the strongest growth. The Porsche management wants to increase the proceeds by seven to eight percent annually in the coming years. The return target for the medium term is a range of 17 to 19 percent of sales. In the long term, the 20 percent mark is to be cracked.

How do you get Porsche shares?

If you want to subscribe to the shares, you have to contact your bank and order the papers. Preference is given to the banks that are part of the consortium organizing the IPO. In Germany, these include: Baden-Württembergische Bank (BW), Comdirect, Commerzbank, Consorsbank, DAB BNP Paribas, Deutsche Bank, Deutsche Sparkassen/Finanzgruppe, Landesbank Baden-Württemberg (LBBW), Maxblue, S Broker and Unicredit. Whether you get shares depends on how great the demand is. It is quite possible that you will get nothing or fewer shares than you want. From Thursday next week, the shares can be bought regularly on the stock exchange.

Overall, the Porsche partial sale could flush up to 19.5 billion into VW's coffers. This "would give Volkswagen additional financial flexibility and thereby help accelerate industrial and technological transformation," the group said. Translated, this means: VW wants to use it to finance the transition to electromobility.

What are the Porsche and Piëch families up to?

With the IPO, the families regain direct access to Porsche. The company was previously part of the Volkswagen group. With 25 percent plus one share, the families at Porsche will in future have a blocking minority - so important decisions can only be made with their consent.

The history isn't conflict free, is it?

You could say that. Under the later deposed boss Wendelin Wiedeking, Porsche tried to take over the large Volkswagen group in the years 2005 to 2009. This led to a family row in the owner clan Porsche and Piëch. Porsche joined VW and gradually secured 74 percent of the group through purchases and options on VW shares. In the course of the financial crisis, however, the Porsche umbrella company at the time ran out of money. VW turned the tables and saved the attacker from collapsing with financial support. In return, the VW group initially received almost half of Porsche. The company has been fully owned by VW since 2012.

What does the IPO mean for the other VW shareholders?

There will be a special dividend - the exact amount has not yet been determined. 49 percent of the total proceeds, i.e. nine billion euros or more, are to be distributed to the shareholders. Arithmetically, this results in a special dividend of around 18 euros per ordinary and preference share. It is to be decided at an extraordinary general meeting in December. The dividend should be paid early next year.

How does Porsche SE acquire the shares?

Porsche SE intends to buy the voting ordinary shares in Porsche AG in two steps. 17.5 percent with the IPO, another 7.5 percent if VW distributes the promised special dividend from the proceeds of the issue. The price for this is based on the issue price for the advantages - with a premium of 7.5 percent. For this, the Porsche Holding is willing to borrow up to 7.9 billion euros.

Will the IPO be a success?

That can't be predicted. Volkswagen already has firm commitments for almost 40 percent of the shares offered: In addition to the Emirate of Qatar, which also has a stake in Volkswagen, the Norwegian sovereign wealth fund (Norges Bank) and the investors T. Rowe Price and ADQ want to subscribe to Porsche shares. Anchor shareholders like you facilitate an IPO. The Qatari state holding company QIA alone intends to spend up to 1.9 billion euros on this. Qatar will buy nearly 5 percent of Porsche AG's preferred share capital, making it one of the major shareholders in Porsche.

1 "Test balloon" after allegations ?: Golden... 2 Replaced marble in the floor: Royal tomb gets new... 3 For a message: Ulrich Wickert back to "Daily... 4 Lifetime Achievement Award: Elton John sings in the... 5 13 are "good": Four olive oils fail with... 6 Saving energy at all costs: Should you replace working... 7 The 25,000 euro question: red alert in the German... 8 Heating with wood waste: is it worth switching to... 9 Durable and economical: A good washing machine is... 10 Shivering before winter: How cold can it be in the... 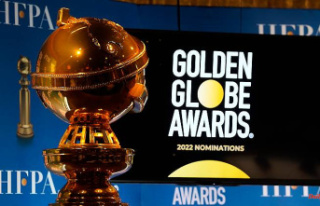