Bureaucratic hurdles and legal uncertainties make it difficult for many companies to withdraw from the Russian market. 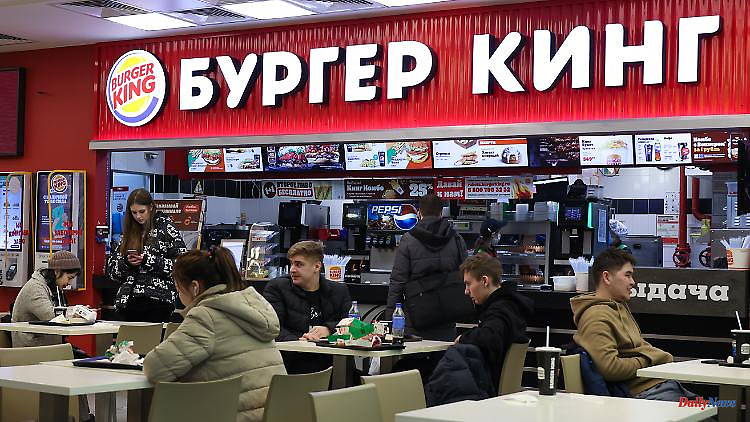 Bureaucratic hurdles and legal uncertainties make it difficult for many companies to withdraw from the Russian market. There are no blueprints for retreat. Many companies have to find their own way - and in doing so come up against their limits.

The withdrawal from Russia was quickly announced, but implementation was difficult for many companies. Because bureaucratic hurdles, legal uncertainties and a lack of bankers make it difficult for many Western corporations to finally sever their economic relationships with the Russian market.

Some want to keep the option open to come back at some point in the future. Others accept high depreciation. But one thing is clear from the decree just passed by Russian President Vladimir Putin, with which he took control of a gas project in which foreign companies such as Shell, Mitsui and Mitsubishi are involved: act quickly or not at all. The boss of the Finnish coffee roaster Paulig, Rolf Ladau, took the advice to heart early on. He managed to get out pretty quickly after the Russian attack on Ukraine.

When Western sanctions were imposed on Russia at the end of February, the manager realized that his business model was no longer viable there. While coffee was not on the sanctions list, it became almost impossible to get the beans into the country as logistics companies stopped shipments to and from Russia. Payments in rubles became increasingly difficult. Ladau pulled the ripcord - and found a buyer within months. In May, the Russian business went to an Indian investor. Such processes sometimes take years. More than a thousand Western companies want to do the same and turn their backs on Russia.

But only a few companies have actually given up their business for good or handed over the keys to their production to local managers. According to a Reuters survey, fewer than 40 large corporations, including McDonald's and Renault, have managed to do this. Because saying goodbye is complex. The consumer goods group Henkel, for example, is still looking for definitive solutions for separating from its Russian business. The options range from sales to a handover to the Russian management to the cessation of individual activities. Henkel boss Carsten Knobel wants to complete the sale by the end of the year.

There are numerous hurdles to withdrawing from Russia: the legal situation is opaque, and there is confusion as to what steps Russia will allow at all. The workforce is insecure and fears reprisals if the business is given up. A credible and liquid buyer must be found in a short time. Selling prices are also falling because potential buyers know the pressure the companies are under. Negotiations must also take place virtually, because many western managers shy away from traveling to Russia out of fear. And the government in Moscow is preparing a law that would allow it to take control of local businesses from companies looking to pull out of the country. The pressure increases. Problems are also lurking for companies that have announced their departure and believe that they will be able to implement it.

The hamburger roaster Burger King, for example, canceled support for its branches in Russia last March. But they are still not closed. Complex contracts made this difficult, say lawyers. The Italian bank Unicredit extended its search for a buyer to countries such as China and India because no suitable bidder was found in Russia itself. There are no blueprints for the withdrawal, many companies have to find their own way. Solutions to hand over production facilities to the Russian management are popular - but this can result in painful write-downs. Some companies hope to regain access to their factories once the war is over.

But another factor makes sales difficult - there is simply a lack of bankers who can accompany transactions in Russia. Many large financial institutions are keeping their hands off these deals - which in normal times almost never go through without them - for fear of violations of Western sanctions. Companies now have to rely on lawyers in Russia and local consultants to find liquid and credible buyers who are also not allowed to be on any of the Western sanctions lists. "If you haven't started the process yet, it will be even more difficult to leave Russia in the future," says Ladau. "It's not in Russia's interest to simply let companies out of the country."

1 Suspicion of assault: tennis bully Kyrgios has to... 2 Entry into the Wimbledon semi-finals: Djokovic motivates... 3 Climbing and greedy: Spanish slugs are "vultures... 4 Saxony-Anhalt: Courses for police candidates with... 5 Newry: Police seize drugs, counterfeit goods, and... 6 Hardy Boys book was returned to Orkney Library 46... 7 The day of the war at a glance: Russians target entire... 8 Claressa Shields vs. Savannah Marshall; Mikaela Mayer... 9 Darmanin and Bechu... These ministers of the new government... 10 74,000 fans at the start: EM should turn the tide... 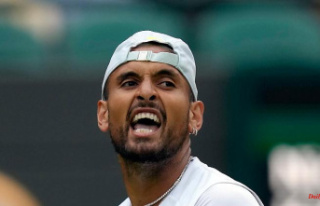 Suspicion of assault: tennis bully Kyrgios has to...