Food prices are rising and this is likely to continue. 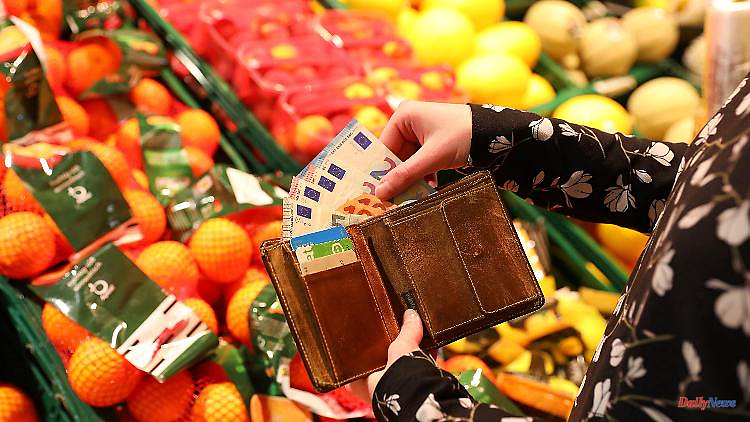 Food prices are rising and this is likely to continue. At least that's what German farmers see coming. Farmer President Rukwied warns of rising costs for everyone.

From the farmers' point of view, no relaxation is to be expected for the time being with the increased food prices in the supermarket. "We farmers have massively increased costs," said Farmers' President Joachim Rukwied. "We can't just leave the car at the weekend like private individuals and say, I'm not going to make the trip now. We have to work our fields, so we don't really have any savings potential." Therefore, the farmers on the other hand need corresponding prices in order to be able to continue farming. "We also expect further price increases because some of the cost increases have not yet been priced in."

Higher prices in the supermarkets would also only partially reach the farmers. Many farms are struggling with significantly higher expenses for diesel, electricity, gas, feed and fertilizers. Price increases were in part exacerbated by the Russian war against Ukraine. The tense situation is a central topic at the German Farmers' Day this Tuesday and Wednesday in Lübeck.

Inflation in Germany has increased recently. According to preliminary data from the Federal Statistical Office, consumer prices in May were 7.9 percent above the level of the same month last year. Accordingly, 38.3 percent more had to be paid for energy than a year ago, food prices rose by 11.1 percent. In the discussion about expanding production for food security due to the lack of grain exports from Ukraine, Rukwied said: "We are sticking to the transformation process towards more climate protection, more animal welfare in the stables and improvements in biodiversity." That means "a very clear no" to suspending these topics now.

"On the other hand, in view of the global supply crisis in African countries, we have to ask ourselves the question: Where do we still have reserves that we can raise? As German farmers, we offer to use more land temporarily for growing food. We can that, and I think we should do that ethically too." The expected effect would be rather small, explained Rukwied. "We could perhaps produce an additional 1.4 million tons of grain. But that would help relieve the burden. And if other regions in Europe and the world did the same, it would have an effect."

It is up to politicians to decide whether to get this going, said the farmer president. "As farmers, we need the decision in July in order to be able to plan accordingly." The harvest volume in Germany is more than 40 million tons. Federal Minister of Agriculture Cem Özdemir has, among other things, already made it possible for grass and plants from certain "ecological priority areas" to be used as fodder this year as an exception. This should mitigate price increases. However, the Green politician is opposed to further calls from the federal states to be able to do everything again on fallow land and to grow grain there, for example.

Rukwied: "The main thing is that we get priority in the supply of natural gas, especially as far as fertilizer production is concerned." Nitrogen is the most important nutrient for plants. "If we don't have that available, in extreme cases, yields will collapse massively from one year to the next." In order to take precautions, the association also calls for a fertilizer reserve. Yields can only be secured with sufficient nitrogen fertilizer. "This is my top priority in order to reduce risks to food security," said the farmer's president. Gas is also used in processing, for example in dairies.

The increase in the minimum wage is also driving farms. "Especially with fruit and vegetable farms, concerns about the future are great. For one or the other farm, the question arises as to whether it will still be able to grow strawberries, asparagus or other vegetables on the same scale next year," says Rukwied. The minimum wage is currently €9.82. On July 1, it will rise to EUR 10.45 per hour, and then on October 1 to EUR 12 per hour.

1 Travel cancellation, rumors of resignation: knee problems... 2 "Wandering table" and other trends: multifunctional... 3 Jennifer Lopez vs. Shakira: Dispute over Super Bowl... 4 Ex-GZSZ star has become a mother: Janina Uhse presents... 5 'All That Hate': Amber Heard feels unfairly... 6 Transition phase at work: Use the time between two... 7 What does the professional appreciate, ...: ... lawnmower... 8 The 25,000 euro question: stagflation (almost) only... 9 New understanding of function: brain is warmer than... 10 By more than a quarter: Massive increase in monkeypox... 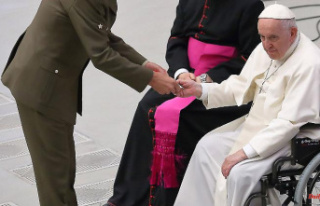