While aircraft manufacturer Airbus is initially left empty-handed, the US airline Delta signs a contract with competitor Boeing at the Farnborough Air Show for the delivery of 100 machines of the new 737 MAX type. 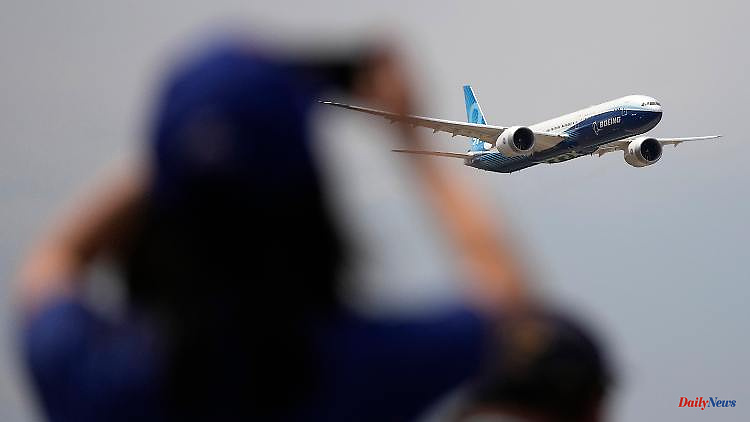 The air show in Farnborough, UK, has started with a long-awaited major order for the troubled aircraft manufacturer Boeing. The US airline Delta Air Lines signed an order for 100 examples of the Boeing 737 Max 10 medium-haul jet, as both sides announced at the trade fair southwest of London. However, it is not yet certain whether this long version of the Boeing 737 Max will be approved.

Meanwhile, the world's largest aircraft manufacturer Airbus from Europe initially went away empty-handed when it came to jet orders on the first day of the fair. Boeing had long negotiated with Delta about the bulk order. According to the price list, the 100 machines have a total value of around 13.5 billion US dollars (13.4 billion euros).

However, large discounts are common for large aircraft orders. In addition, Delta secured purchase options for a further 30 jets. The 737 Max 10 is the long version of the Boeing 737 Max, which was not allowed to take off for 20 months in 2019 and 2020 after two crashes worldwide.

The "Max 10" is still awaiting approval from the US authority FAA. With the "Max 10" Boeing competes against Airbus' bestseller A321neo - the long version of the A320neo. This accounts for the majority of new orders in the narrow-body aircraft segment among Europeans. Airbus has also developed a long-haul version of the machine, called the A321XLR. It is scheduled to go into scheduled service in early 2024. Boeing lacks a corresponding competitor model.

Meanwhile, aircraft manufacturers, like companies in other industries, are struggling with bottlenecks in their supply chains. Large long-haul jets were recently in demand, especially in the booming cargo segment - a domain of Boeing. In contrast, both manufacturers had throttled the production of large passenger planes during the pandemic. While Airbus continues to deliver its A350 and A330neo types, Boeing only does this with the 777 model.

The manufacturer had to postpone its new edition 777X. And he cannot hand over the slightly smaller Boeing 787 "Dreamliner" to customers due to production problems. The talks with the supervisor to resume deliveries are very advanced, said Boeing manager Deal on Sunday.

Meanwhile, Boeing CEO Dave Calhoun doesn't think the time has come to develop a new passenger jet. The introduction of a new airliner depends on the technical level of the propulsion technology and whether this makes a big difference to previous engines, said the manager of the "Financial Times". "I don't think we've reached that threshold." New orders are particularly important for Boeing. The US group has fallen well behind Airbus in the mass business with medium-haul jets.

1 Rosneft plans for Schwedt: Kazakh oil could keep PCK... 2 Not necessarily from the opponent: Cold cup shower... 3 Not enough extinguishing water: major fire after a... 4 Annual "Royal Swan Upping": The Queen has... 5 Hesse: Rising prices: Kassel pays residents energy... 6 Baden-Württemberg: Minister of Defense visits the... 7 Massive software problems: Not everything is going... 8 Resumption of talks: Moscow threatens Kyiv with "completely... 9 Agreement with ex-Soviet republic: EU wants to get... 10 "I have a life partner": Russia's best... 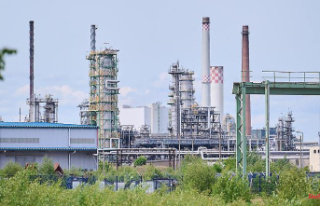