Fight against fraud: three questions about the new attributions of Pôle emploi

It is a finance bill under the sign of Covid-19. 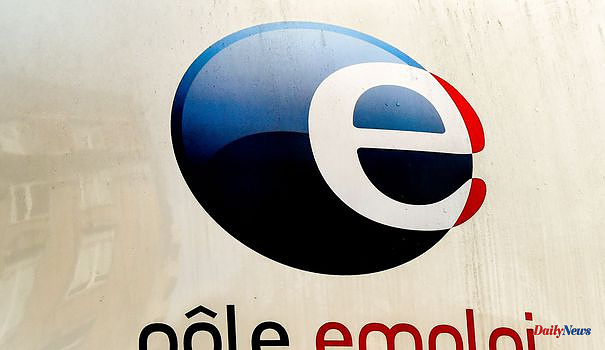 It is a finance bill under the sign of Covid-19. Adopted by the Assembly on Thursday, December 17, the text which sets the budget for the year 2021 provides for large emergency and recovery expenditure in the face of the health crisis. But not only. An amendment filed quietly within Article 73 bis, establishes "a right of communication for the benefit of agents responsible for preventing fraud at Pôle Emploi".

In other words, a new tool to fight against "cheating" on social benefits. This amounted, according to the latest report from the Court of Auditors, to 212 million euros in 2019, for around 18,000 cases. Almost five times more than when the agency was created in 2010. Please note that this does not necessarily mean that the number of cheaters is increasing considerably. These figures above all indicate that “detected” fraud is increasing, as Pôle Emploi distinguishes on its website.

Note that this fraud control system exists for family allowances (CAF) or the reimbursement of health costs, which can have access to our bank accounts. Three questions about these changes brought about by this new Pôle Emploi scheme.

Behind the "right of communication", Pôle Emploi will now be able to request a certain number of documents from various organizations, such as credit establishments or energy suppliers, "without professional secrecy, in particular banking, opposing it", details 20 Minutes, citing the institution.

This specifies in the free daily that it will be able to "ask banking establishments for the elements making it possible to verify that a specific amount has been paid into a specific account on a given date or during a given period for the benefit of the holder (identity and address) " or "verify an effective domiciliation on French territory [through] transfers, expenses and or payments from abroad which would constitute probative elements in cases of residence fraud". Enough to ensure that the declarations of the job seeker stick to the reality of his previous jobs before he receives his benefits.

According to Le Monde, the hundred sworn agents of Pôle emploi (and only them) will be responsible for collecting these documents, also including access to the file of life insurance contracts (the Ficovie). On the other hand, they will not be able to carry out this detection of fraud as part of the control of job search or the recovery of undue payments, the daily notes.

Pôle Emploi reminds 20 Minutes that "the Court of Auditors recommended in 2010, 2014, then 2020 to align the prerogatives of control of the sworn auditors of Pôle emploi in charge of the fight against fraud with those enjoyed by the agents of the organizations of social security". An amendment to this effect, within the Labor law of 2015, had also been withdrawn in extremis at the time.

This time, two provisions have definitively established this "right to communication". One adopted on December 4 in the Senate, indicates Le Monde, thanks to an amendment carried by elected representatives of the group Les Indépendants-République et Territoires. The other validated earlier, on November 13, again through an amendment which legalized access to Ficovie, the file of life insurance contracts, delivers the newspaper.

These new prerogatives of Pôle Emploi, adopted quietly, arouse anger, especially on the left. "We are really in an invasion of privacy when we want to touch bank secrecy," said RTL Marc Desplats, of the National Movement of the Unemployed and Precarious.

"I hope that these measures will not maintain the confusion between the real fraudsters, those who make false employment contracts with companies set up from scratch, and people who forget to declare a few hours worked and find themselves deprived of compensation", deplores Denis Gravouil, CGT leader and negotiator concerning the reform of unemployment insurance, to Humanity.

1 endurance training? Losing weight is more efficient 2 Hiring aid will be extended to people under 26 3 Guide to charging stations, supermarkets, Germany,... 4 "I bought myself a grave" 5 Artificial insemination: He could already have 25... 6 Berghain falls out of the top 10 best clubs 7 Good to know: How much water do I actually have to... 8 Terminus Peru - for the best fast food in the world 9 Tom Cruise: No Hollywood star earns as much as he... 10 Vegetables on the roofs of New York 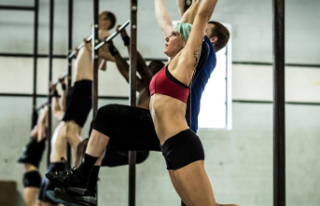