The energy supplier Uniper sends out a call for help after the massive throttling of Russian gas supplies - and is answered. 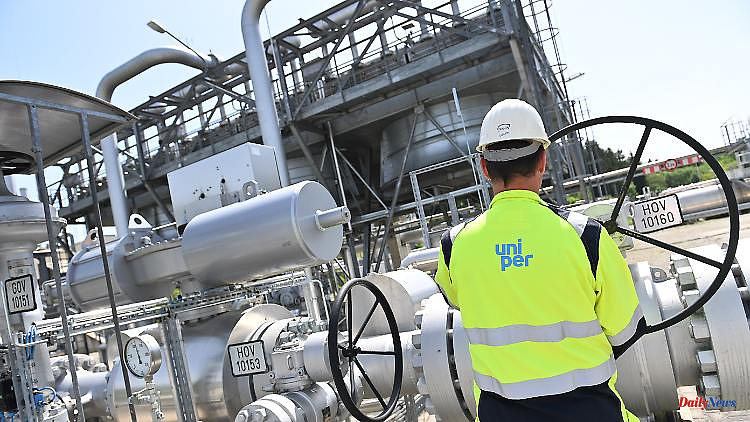 The energy supplier Uniper sends out a call for help after the massive throttling of Russian gas supplies - and is answered. The federal government refers to the procedure in the Corona crisis. Anyone who is in need through no fault of their own can count on help.

The energy company Uniper can count on help from the federal government. Chancellor Olaf Scholz said that the federal government was basically ready to help companies that were hit by an external shock. She had already shown this willingness in the Corona crisis, said the SPD politician. Germany also has the ability to do this. "But that will have to be checked on a case-by-case basis," he added. Uniper was the first major German supplier to sound the alarm in the gas crisis and asked the state for help. According to the Ministry of Economic Affairs, talks are being held about stabilization measures.

When asked about the security of the gas supply in general, the chancellor said that the government prepared for possible supply problems very early on. You have to act "overcautious" in order to prepare for all kinds of difficult situations, he said.

Federal Minister of Economics Robert Habeck meanwhile renewed his fears of a complete halt to deliveries by Russia. From July 11, there is a threat of "a total blockade of Nord Stream 1," he said. From the pattern seen, it wouldn't be "super surprising" if any small part was found. "And then you say: Yes, we can't turn it on again, now we found something during maintenance and that's it. In this respect, the situation is quite tense" and in winter it could be really problematic. The gas supply over the summer is guaranteed.

In mid-June, Russia had already severely curtailed deliveries through Nord Stream 1, citing technical problems. In response, the federal government had declared the alarm level in the gas emergency plan. Meanwhile, the appeals and measures to reduce gas consumption are now clearly having an effect: nationwide gas consumption between January and May was around 460 billion kilowatt hours, according to the Federal Association of Energy and Water Industries. That was 14.3 percent less than in the first five months of the previous year. In addition to the mild weather in spring, the high gas prices are also a major reason for this.

According to the Federal Network Agency, the current storage levels in Germany are around 61 percent. After the Russian throttling, 0.3 to 0.5 percentage points of gas will be stored per day, said Habeck. That's about half of what happened before Nord Stream 1 was cut. But there are still significant amounts.

But the current throttling is already putting the energy supplier Uniper under pressure. The company, which is majority owned by the Finnish utility Fortum, had dropped its forecast for the current year. Already in the first quarter, billions in losses had accumulated at the Düsseldorfers because of the Russia commitment. According to Uniper, there are a number of instruments that can be used for stabilization measures, such as guarantee and security payments, an increase in the current credit facility, and equity investments.

1 Wimbledon debutant amazed: Kerber raves about tennis... 2 Dream of Hawaii as a luxury good: only the rich can... 3 Thunderstorm front before the weekend: "The risk... 4 Authorities see danger of absconding: "lateral... 5 "Rave the Planet" on July 9th: Berlin Techno-Parade... 6 EEG levy is no longer applicable: Read the electricity... 7 Saxony: Investment in millions: Topping-out ceremony... 8 North Rhine-Westphalia: the car drives into the window... 9 Thuringia: More sick leave due to mental problems 10 Saxony-Anhalt: 9-euro ticket especially popular for... 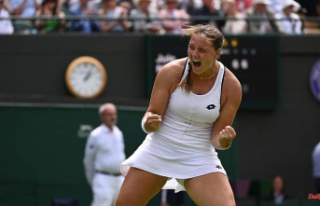