For passengers and grain: Ukrainian railway is looking for ways to Europe

Millions of Ukrainians have fled, Ukrainian grain is needed in many countries. 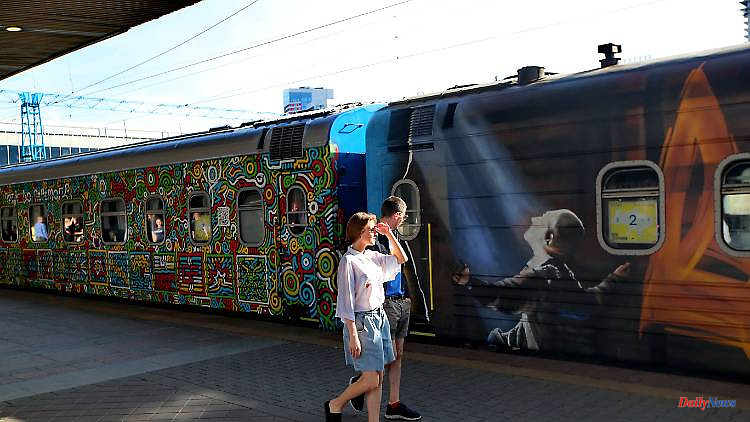 Millions of Ukrainians have fled, Ukrainian grain is needed in many countries. There are important reasons for the Ukrainian railways to strengthen connections to Europe. But European railway companies have to go along with this.

Ukraine wants more rail traffic with its neighboring countries to the west. "We have made our decision: We are going to Europe," said the head of the state railway Olexander Kamyshin in Berlin. "Ultimately, we need real integration into the European infrastructure for this." New rail routes to neighboring countries and more freight capacity via European ports are necessary. Millions of Ukrainians fled the war, said Kamyshin. "People will want to stay mobile between countries." Demand will remain high during the war and beyond.

In the past few months, connections to Moldova, Romania and Poland have therefore been expanded. "Despite the war, we have built 50 kilometers of new track. And we are building more, by the end of the year it will be twice as much." It is also necessary to strengthen the freight corridors via the European ports. Ukraine Railway exports 1.5 to 2 million grains a month. "We could do 5 to 7 million tons a month," Kamyshin said. However, the European freight corridors and seaports would have to be developed in order to bring more Ukrainian grain to the Middle East, North Africa and China again.

Kamyshin called on European railways to do joint business. "We're under fire, we need guns, financial help and all the rest. But at the end of the day, we're an enterprising nation." Ukraine has millions of tons of cargo that could go to Europe. European railways expected additional revenue. "This is the best way Europe can help us: buy from us and do business with us."

The state railway Ukrzaliznytsia is considered to be the backbone for traffic in the country stricken by the Russian war of aggression. Routes and train stations are always targets of attacks. According to Kamyshin, the company has lost 244 employees. Damaged and destroyed sections of track would be repaired as quickly as possible so that localities can be supplied again, the railway boss explained. "Pace is our path to victory."

According to the CEO, he himself is often on the road near the front or in recaptured areas and also accompanies mine clearance and repair work there. "It would be difficult for me to send employees where I wouldn't go myself." On his first trip abroad since the beginning of the war, Kamyshin is visiting the Innotrans railway technology fair in Berlin this Tuesday and Wednesday.

1 End of the slapstick theater: Leipzig gives Eberl... 2 North Rhine-Westphalia: ATM blown up: thousands of... 3 North Rhine-Westphalia: After a cool Tuesday, it will... 4 Saxony-Anhalt: 54-year-old dies after a table fireplace... 5 Hessen: Individual showers, fog and ground frost in... 6 North Rhine-Westphalia: Corona incidence in NRW still... 7 Bavaria: "Not funny": Police are investigating... 8 Crime on the Internet: Will Telekom and Co. soon have... 9 Kalani David was 24: World-class surfer dies after... 10 Weapon with silencer found: one dead and two injured... 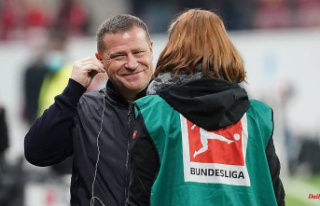