For the winter after next: the federal government rents a fifth LNG terminal

In addition to energy saving and storage, the expansion of liquid gas capacities is the third pillar in efforts to ensure an adequate gas supply in Germany. 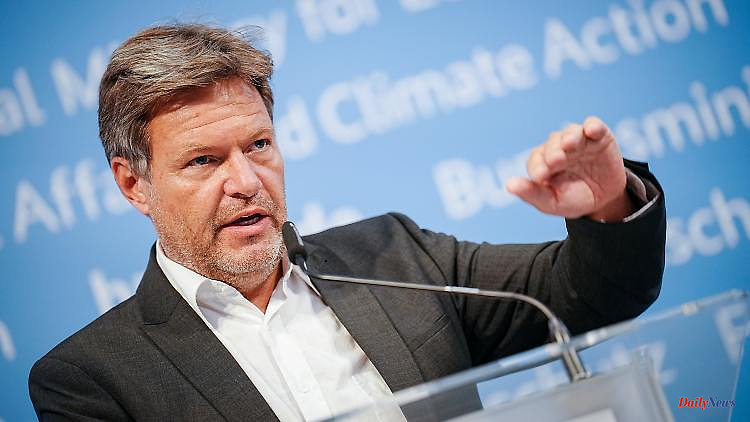 In addition to energy saving and storage, the expansion of liquid gas capacities is the third pillar in efforts to ensure an adequate gas supply in Germany. The federal government is securing access to another terminal.

Germany is to get a fifth state-rented terminal for landing liquefied natural gas (LNG) in Wilhelmshaven. It is scheduled to start in the winter after next, i.e. 2023/2024. "By importing liquefied natural gas, we are making ourselves less dependent on imports of Russian pipeline gas," said Economics Minister Robert Habeck. "At the same time, we are building up the landing of green hydrogen in parallel, making Wilhelmshaven an important landing point for safe and sustainable energy in Europe."

In view of the increasingly uncertain Russian natural gas deliveries, the federal government is pushing ahead with the import of liquid gas. So far, however, the necessary import terminals are missing. LNG is frozen at minus 162 degrees, transported in liquid form by ship, landed, heated, regasified and then fed into the networks.

According to the ministry, the special terminal ship has a capacity of at least five billion cubic meters per year and is scheduled to go into operation in the fourth quarter of next year, i.e. between October and December. The owner, the company Excelerate, is said to operate the ship together with a consortium of Tree Energy Solutions (TES), Eon Green Gas and Engie.

The floating liquid gas terminal will be chartered for five years, but will only be operated until the hydrogen terminal is up and running, said Habeck. According to the consortium, this should probably be the case in the course of 2025, according to his ministry.

So far, plans for four state-chartered LNG terminals were planned. Two floating systems in Wilhelmshaven and Brunsbüttel are scheduled to go into operation at the turn of the year with a pipeline connection for onward transport. According to the ministry, the existing connection services here will enable an average capacity of at least 3.5 billion cubic meters per ship per year next winter. After the construction and commissioning of a new, 55-kilometer gas pipeline, the capacity per ship can be increased to at least 5 billion cubic meters per year from the end of 2023.

The two terminals in Brunsbüttel and Wilhelmshaven are to be operated by RWE and Uniper. In order to fully utilize the terminals, EnBW and the EnBW subsidiary VNG will also be on board from the turn of the year 2023/2024 until the end of March 2024.

According to the ministry, the terminals at the Stade and Lubmin locations are expected to be available from the end of 2023. In Stade, the FRSU will be operated by the Hanseatic Energy Hub GmbH, in Lubmin by the companies RWE and Stena-Power. The floating terminals there are to be operated until replacement facilities on land go into operation, which should happen in 2026. Another floating terminal is to be built in Lubmin by a private consortium by the end of 2022, with a capacity of 4.5 billion cubic meters per year.

1 Death after falling from a window: Russian managers... 2 "Put in the wrong light": Bochum discusses... 3 In the fight for a new F1 contract: Haas team boss... 4 19 species of fish registered again: satellite data... 5 Interview with Peter Kloeppel: "I can show that... 6 Ideas, impulses - and no-gos: What really helps against... 7 Association with body size: greater risk of atrial... 8 Mecklenburg-West Pomerania: Offspring in Europe's... 9 Bavaria: series of burglaries in bakeries: five men... 10 Baden-Württemberg: Bahn heralds the beginning of... 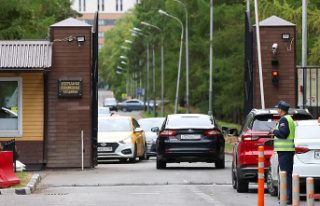 Death after falling from a window: Russian managers...