If wages rise too much, prices will continue to rise. 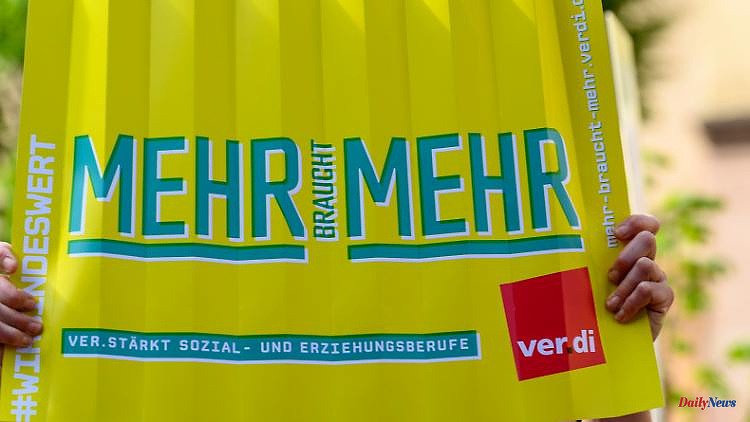 If wages rise too much, prices will continue to rise. If this dynamic gets out of control, the central bank could fight inflation with a recession, warns the economist and former economist Peter Bofinger. In the United States, this danger has already materialized. And the ECB must also act urgently.

Voices have been growing louder for weeks warning of a wage-price spiral, i.e. that sharply rising wages due to inflation lead to higher costs for companies, which then have to raise their prices, which in turn drives inflation. Is that a real danger?

We can already see how this price shock - originally triggered by energy prices - eats through the entire economic system. It will be extremely difficult for the unions to accept wage agreements that do not create cost pressure in the sense of a wage-price spiral.

What does that mean specifically?

The normal guideline for wage policy is productivity growth plus the ECB's target inflation rate, which is two percent. Since labor productivity is unlikely to increase this year, this would correspond to wage increases of just two percent. However, the trade unions would hardly be able to arrange such collective bargaining agreements with their members. Given inflation of around seven percent, they wouldn't accept that. I don't think we'll see deals of seven or eight percent. But if wages rise by three or four percent, we are already caught up in the wage-price spiral.

How will this affect inflation developments?

It will mean that it will take a little longer for us to get back down from the current high inflation rates to two percent. On the one hand, there are forces that will gradually act as a brake on inflation. This includes energy prices, provided they do not rise further as the crisis worsens. Because even if energy prices stay at their current high level, after twelve months we will no longer see any increase, i.e. no contribution to inflation. But that shouldn't be enough to prevent wage developments from causing inflation rates of between three and four percent. The price development during comparable strong shocks in the 1970s or 1980s shows that it can take a good two years before we grow out of this inflationary phase.

Are the appeals to workers and unions to hold back on wage demands in the interest of fighting inflation for the common good?

I'm pretty sure that the unions see their macroeconomic responsibility and will not fuel inflation excessively. Of course they have to explain to their members why they don't get seven or eight percent more now, but maybe only four percent. But the logic is simple: At the moment, inflation is not benefiting the profits of domestic companies, but primarily the energy suppliers, i.e. Russia and the OPEC countries.

However, the IG Metall demanded 8.2 percent more for the iron and steel industry. Would you say that the union acted irresponsibly?

I do not want to judge individual collective bargaining. But I'm convinced that the overall result will be wage increases for which the trade unions are aware of their responsibility.

The majority of companies are still making decent profits. One could say: pay out less profits to the shareholders or associates before you increase the prices. How big is the influence of wage developments on prices at all?

Alongside energy prices, wage costs are the main factor behind the development of inflation. That has also been shown in recent years, when we had comparatively restrained wage increases and that is why inflation in Germany has been well below the target value of two percent for years.

Did the wage-price spiral work the other way around?

Yes, that was particularly pronounced in Germany in the early 2000s, when we actually had no real wage increases at all and extremely low inflation rates, but also in the 2010s. If we had had higher wage increases, that would have contributed to somewhat higher inflation in the euro area as a whole. Then the ECB would not have had to pursue this loose monetary policy with negative interest rates. One can say that the wage development in Germany - in addition to our extremely inappropriate fiscal policy - has helped to force the ECB to such monetary contortions.

According to the federal government, the relief package that has now been decided should also help to reduce the pressure on wage developments. Does it work?

no People are too fixated on the inflation rate. These reliefs are largely imperceptible: less income tax here, a little child allowance there. After all, no one calculates the extent to which this together offsets the additional costs caused by inflation, and is then satisfied with lower wage increases. If I could have made that decision, I would have halved the VAT on energy instead of these relief measures. That would have had a direct impact on prices and thus the rate of inflation. Sure, many economists reject that because everyone will benefit from it, including the Porsche driver, who doesn't need it at all. But that could be solved by adding a surcharge to income tax. I believe that the monetary policy effect would have been better than that of many individual relief measures. That would also have taken some of the pressure off the ECB.

Speaking of the ECB: You said that wage developments and energy prices are the most important factors in inflation developments. What role does the ECB play in the current situation?

The ECB urgently needs to end its negative interest rates. That would be an important signal that she is currently aware of the situation. I don't even know what ECB boss Lagarde is waiting for! It's not at all about the central bank slowing down the economy. You should just take your foot off the gas. The negative interest rates mean full throttle. Lagarde's predecessor, Draghi, introduced this to combat deflation. Now it's time to go from minus 0.5 to 0 percent. It's still expansive, so you're still accelerating, but you're not pushing the pedal all the way down.

But given the high rate of inflation, wouldn't it be advisable to really put the brakes on monetary policy?

no It's about sending a signal that the central bank is standing by its guns. If it really wants to fight inflation, it can only do so by slowing down the entire economy and thus demand. However, the German economy is already stagnating. If households are now confronted with their energy bills, this will slow down private consumption considerably. And, of course, companies are also heavily burdened by the energy costs. This means that inflation is already being fought via weaker overall economic demand. Therefore, the ECB would not have to additionally slow down by raising key interest rates to one or two percent, as the US Federal Reserve has to do.

What is the difference between the situation in the USA and that in the euro area?

In the US, inflation is already much deeper in the system, with wage increases of 5 percent and more. The only way to get out of this dynamic is to slow down the economy so much that unemployment rises again and wage pressure decreases. It was always like that in the USA, where there are no unions comparable to those in Germany. If the central bank wanted to fight inflation properly, it always had to create a recession. That's why it's so important that wage-price dynamics don't get out of control. Because if you then want to get them under control again, it becomes painful. However, in Germany and Europe we are a long way from a development like that in the USA at the moment. 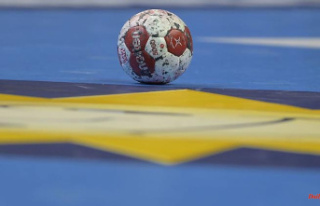