Moscow still gives the impression that it has the upper hand. 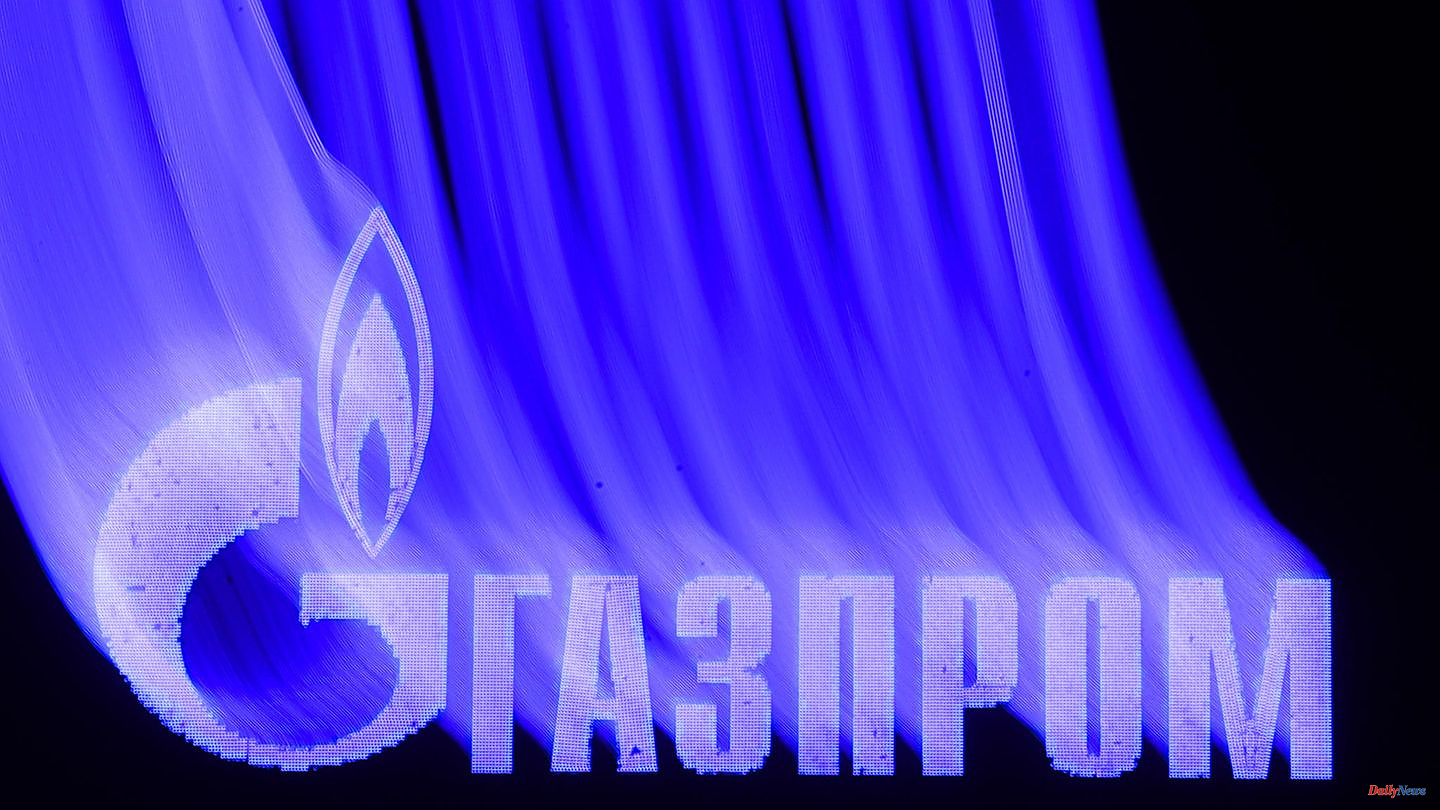 Moscow still gives the impression that it has the upper hand. Threats of a definitive gas supply ban make Europeans shiver before next winter, even with the current heat records. And the gradual cutbacks are already tearing through government coffers and consumer wallets. The fact that the EU has not yet imposed sanctions on the Russian energy giant Gazprom is mainly due to its role in European energy supply. Nevertheless, Russia is reducing the delivery volumes through the Nord Stream 1 pipeline.

However, Moscow brushes aside the fact that the throttling also harms Gazprom by saying that China and all of Asia in general are now the new customers. Economic experts such as Theocharis Grigoriadis from the Institute for Eastern Europe at the Freie Universität Berlin and Jens Südekum from the Düsseldorf Institute for Competition Economics at the university there consider this Russian narrative to be implausible. "The gas that Russia is no longer delivering to Europe cannot simply be diverted to China by Russia," Südekum told Stern. The infrastructure for this is lacking, because Russia has laid the majority of its pipelines towards Europe.

The statistics are right. According to Gazprom, it will pump 40 billion cubic meters less gas abroad this year than it did before the war. That's a drop of more than a third. Russia is already increasingly sitting on its resources. Resources that, according to Südekum, will be worthless in the long term. At least if the EU stays true to its promise to get rid of Russian energy supplies and fossil fuels entirely. According to Vice Chancellor Habeck, this should already be the case in Germany in the summer of 2024. According to preliminary information, Gazprom has already reduced its production by almost 36 billion cubic meters due to the restrictions. This corresponds to 12 percent of the actual delivery volume.

After all, Russia was able to increase its gas exports to China by almost 61 percent by July 2022. However, this is by no means a compensation for the lack of deliveries to Europe. For comparison, in 2021 Gazprom shipped a little over 10 billion cubic meters of gas to China. In the same period, around 180 billion cubic meters were pumped towards Europe and Turkey. Economic experts are convinced that China will never be able to replace Europe as the main market. "In the short term, China will have an interest in buying as much Russian gas as possible. But only on Chinese terms," ​​Südekum told Stern. But because China has also promised to switch to climate neutrality at some point, Russia will probably only be China's "cheap gas station" for a short time.

The situation with oil is somewhat better. Since the beginning of the war, the purchases of China and India have increased rapidly. 50 percent of Russian oil shipped goes to the two countries. According to data from the Chinese customs office, Russia has overtaken Saudi Arabia as the Chinese's largest oil supplier and was thus able to almost completely compensate for the declining purchases from Europe.

But that doesn't improve Gazprom's future situation in the slightest. For Südekum and Grigoriadis, it is only a matter of time before the group loses its position. If you like, Putin is currently moderating the end of the company - but with great success. "Russia knows that business in Europe will soon dry up, so Moscow is trying to squeeze out as much money as possible in the last few meters," says Südekum. The uncertainty manoeuvres, starting with the required ruble payments, the gradual throttling and now the missing turbine are part of this strategy. "Whenever Putin has to stop deliveries, the prices have gone up." When delivery volumes initially fell by 40 percent, the price of gas doubled. In the first half of the year, Putin fulfilled his target with the Gazprom deals.

That's why the losses on the European market aren't hurting the Russian economy that much. And Moscow has already made provisions for this eventuality. Because since December 2021, the Russian central bank has been liquidating its assets abroad via the Bank for International Settlements, explains the political and economist Grigoriadis in an interview with the star. "The financial support for Gazprom was therefore politically motivated and not a decision based on market economy rules," he says. However, this support cannot last forever.

Therefore, Moscow has only two options to ensure Gazprom's survival. On the one hand, Russia must quickly find new sales markets, such as in China and India. However, Russia's unreliability stands in the way, according to Grigoriadis. Using Europe as an example, other countries can see how Russia uses its corporation as a means of exerting pressure, if not as a weapon. The other possibility would be a peace agreement with Ukraine and its western partners. In this case, Putin would continue to use Gazprom as a means of exerting pressure to achieve Russia's goals in the negotiations.

The fact that Putin is a dictator makes things easier for him. "That's the difference between democracies and dictatorships: Putin can damage his economy in the medium term without having to pay for it by losing votes," says Grigoriadis. But it is questionable how quickly Moscow will finally turn off the gas tap in Europe and thus possibly bury its energy company. According to Grigoriadis, this also has a lot to do with Russia's success in Ukraine. "If Russia's performance is only mediocre, then they could finally stop gas supplies as early as next winter."

Südekum is also convinced that Russia will not "conveniently let Europe exit the gas business by the summer of 2024." One can only speculate as to when Moscow will draw the line. However, Putin has no interest in stopping the deliveries immediately. Because of practical reasons. "If Russia now completely stops the flow of gas, the infrastructure of the pipelines will be damaged," explains Südekum. It is conceivable that Putin is speculating that Europe will not meet its goal of completely exiting the fossil energy business. In this case, the expensive lines would still be needed. "And should there be peace negotiations in the Ukraine war, Russia could make the condition that Europe start gas imports from Nord Stream 2." A perfidious scenario, as Südekum admits.

According to the experts, however, it would be a gross mistake for Germany to put the pipeline into operation, as ex-Chancellor Gerhard Schröder recently suggested in a Stern interview. "We have to stand by what we said and look for alternatives. If Europe gave in, that would be a strategic success for Putin." But: "If Nord Stream 2 were part of the negotiation, we would be in a dilemma," says Südekum. Because then the EU and Germany will have to decide whether they want to allow peace with Russia at the price of Russian dependence on Nord Stream 2. However, deciding now only in favor of energy security for the Baltic Sea pipeline "does not work at all". From this point of view, the only option left to Russia in all probability is to pull the ripcord before the summer of 2024 in such a way that the greatest possible damage occurs in Europe.

In any case, Grigoriadis believes in a "new era in the European economy". Russia's economic influence would then be massively reduced, while transatlantic relations would be strengthened.

However, it is not only Putin who is to blame for the downfall of Gazprom with his economic war. The energy company is also partly to blame. Because the focus was on pipeline exports for years, the expansion of alternatives such as LNG terminals fell by the wayside – as in Europe. This makes gas exports to China or India more difficult. The group has already been personally reprimanded for this "negligence" by the Kremlin boss in the past. "Gazprom has no experience in creating new business directions, so it has slept through this development," said the partner of the Moscow energy consulting company RusEnergy, Mikhail Krutichin, recently to the "Presse".

According to expert estimates, the LNG expansion in Russia could take ten years. It is questionable whether Gazprom has the time. According to a report by the International Energy Agency (IEA), Gazprom would need ten years just to be able to ship the amount of gas that flowed through the pipelines to Europe via LNG terminals. The Russian central bank will hardly be able to support the group for 20 years. 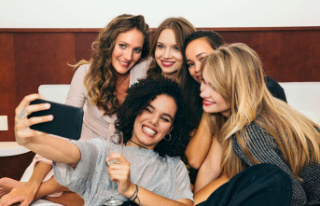