From "heap of excrement" to "pimmel": Why are cars called what they are called?

Letters only, a combination of numbers or simply a distinctive name: Many car manufacturers are inventive when naming their models. 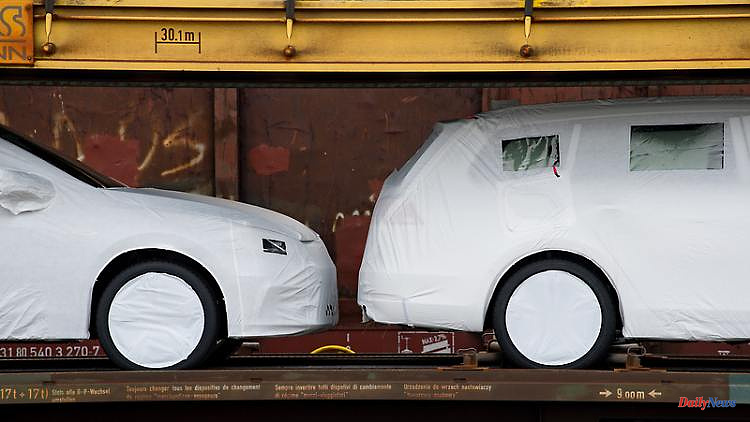 Letters only, a combination of numbers or simply a distinctive name: Many car manufacturers are inventive when naming their models. How does a car get its name? And what can go wrong?

"Tell me what's on the back and I'll tell you the name of the car" - what sounds so simple requires good planning on the part of the car manufacturer. Some had bad luck when choosing the name, while others play it safe with certain systems. The name of a car model needs to be well thought out one way or the other. The world and its variety of languages ​​is too big. Manfred Gotta can sing a song about it.

He has been developing brand and product names since 1986 - including for car manufacturers. The names Actros, Twingo, Smart, Vectra, Vel Satis, Viano and Panamera come from him. "A car name can position the vehicle individually and stand out from the brand," says Gotta. Because it expresses a personality and can help brands with an image problem. However, the variety of names then makes it harder to tell them apart.

And sometimes it's the other way around: "Company names are usually the heroes in the high-price segment. Customers don't say they drive an A-Class, but a Mercedes," says Gotta. "The company name then enhances the compact. Individual digits, letters or combinations of both work well with strong brands.

But it always depends on the brand and the statement. "With a Panamera, Porsche can position the model even more specifically than with a sequence of numbers like the 911," says Gotta. A good name must not follow the spirit of the times or trends, but must endure over the long term. When looking for a name, Manfred Gotta always first takes a close look at the car - from all sides.

"I have to grasp the car visually and haptically, feel the car so that I can understand it," he says. With his team and special programs, he creates up to 100 different names for each vehicle. He has these checked in different countries for pronunciation, intonation and meaning.

In subsequent discussions with his team and participants in a market research study, he prioritizes up to six names. He suggests this to the respective customer with a suitable visualization - a photo with the new name on the rear of the car. "At the end there is a preference and a recommendation that most customers accept," he says. Finding a name takes between eight and twelve weeks.

The time is necessary, also to prevent embarrassing mix-ups. Because there have always been misleading names on the international stage in recent years. Audi's e-tron can sound like "étron" in French - "poop". Mitsubishi's Pajero SUV could be a "wanker" in South America - and became the harmless Montero in Spanish-speaking markets.

A Pinto could not only be a compact car from Ford, but also colloquially in Brazil could become a "dick". And Kuga is the "plague" in Croatian - or an SUV from Ford.

Some manufacturers rely on other systems, such as BMW. The Bavarians invented their nomenclature with the three numbers 50 years ago, which is still valid for many models today. Until then, BMW had mostly named its models after the displacement of the engines. Small vehicles only had small engines, while large cars had large engines.

"This would not have been possible with the previous nomenclature. BMW had to name different engines in different categories correctly in order to clearly show customers the difference," says Fred Jakobs, head of the BMW archive.

"Customers should be able to tell at first glance which model the car is. With the compact three-number combination, this has been possible for 50 years," says Jakobs. The first car with the new system was the 520. The 3 Series (E21) followed in 1975, the 6 Series (E24) followed in 1976 and the 7 Series (E23) a year later.

So-called alphanumeric identifiers such as combinations of numbers and letters offer an advantage as product names: They are usually easy to understand internationally. You have to watch out for unlucky numbers here in some places.

Since the spring of 1993, Mercedes has divided its model series into classes such as A, B, C, E, S and G and versions derived from these for the SUV models GLA, GLB, GLC or GLS. This is followed by the displacement number, an indication of the engine power, a lower-case d for diesel or information about all-wheel drive - such as the S 400 d 4Matic for a corresponding model of the current S-Class.

"With the three letters, Mercedes-Benz has differentiated its portfolio, but within the logic of belonging to a specific class," says Frank Kallina, responsible for brand names at Mercedes-Benz.

For the new electric drives, Mercedes chose the designation EQ, followed by the letter of the respective series class, such as EQS, to introduce the new technical sub-brand. "This means that customers can see directly that it is an electric vehicle from Mercedes-Benz," says Frank Kallina.

And the system can also be adapted for the electric age. In the electric series from BMW, there is an i in front of the number for the model, in Mercedes, as described, the EQ in front of the letter of the appropriate series and in VW, an ID. In this way, the nomenclature remains well prepared for the future - and for the most part can be easily read at the rear. 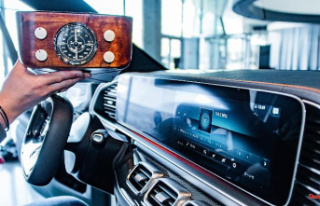 The sound for the road: The car radio turns 100