From Mini to Polestar: Roadsters and convertibles are also becoming electric

The first modern electric car was an open two-seater. 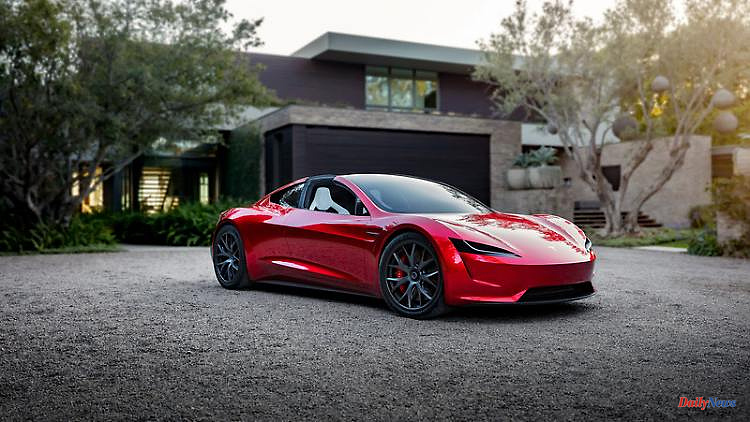 The first modern electric car was an open two-seater. But since Tesla discontinued the Roadster, there are hardly any open-air models among the Stromers. That will soon change - more and more manufacturers are sending new production cars onto the road without a roof.

Is it the fear of exhaust fumes, global warming or just the longing for social distance? Apparently, the automotive generation E is not so much concerned with openness.

The longing for sun and fresh air used to give rise to many open-top cars, from small cars with folding roofs to luxurious convertibles or the powerful Spider. But among the current e-cars, there are almost only closed models.

It was a roadster with which Tesla started the e-wave almost 15 years ago. In the meantime, more and more manufacturers seem to be remembering this. After the basic needs are slowly being satisfied with an army of compact SUVs and plush limousines, more and more e-cars are freeing themselves from the top. And after these were mainly studies in the beginning, the first new production cars without a roof will soon be flocking towards the sun.

The fact that open-air models are in short supply among e-cars can be explained from two different perspectives. On the one hand there is the sociological one, says the design critic and PS philosopher Prof. Paolo Tumminelli from Cologne: "Uncertainty is the basic social feeling of the new millennium". He sees this development only reinforced by Corona and then by the war in Ukraine.

"People claim legal and political protection: from a helmet on a bike to a UV vest on the beach, from superfood to CO₂, you always feel compelled to act correctly," says the professor. "Controlling an open car is diametrically opposed to this attitude to life."

On the other hand, there is the economic point of view: Because convertibles are absolute niche cars, says Hans-Georg Marmit from the expert organization KÜS. The constructive effort in the development is high and the quantities are small.

This is why open-top vehicles are difficult to calculate even with a broad portfolio of combustion engines. "But those who are developing their first electric cars for a lot of money are initially targeting the most promising segments instead of the niches."

At least the designers of e-vehicles have never lacked a desire for fresh air. From the VW ID Buggy as a revealing entry-level model to a Maybach Roadster and the Audi Skysphere Concept: time and again they have put studies without a roof on the wheels and rolled them to the big trade fairs. Such cars were just not available for purchase until now.

If you disregard the small series of the first Tesla Roadster, it is currently only the Fiat 500 and the Smart Fortwo that the car manufacturers are putting their customers out in the fresh air with. And as if this offer wasn't narrow enough, the open Smart is now, like the entire previous model family, on the verge of extinction.

But there is improvement in sight: while VW boss Herbert Diess is personally exploring the mood for an open ID3 with design sketches in the social networks, others have already got down to business: Polestar announced at the premiere of the open 2 2-seater O2, that three new models should come by 2025, with which many details of the show car should be gradually implemented.

Mini has promised that the next generation of the small electric car planned for 2023 will also be available as a convertible. And the meanwhile Chinese company MG, according to its own statements, wants to actually bring a somewhat more down-to-earth version of the open concept Cyberster into series production for the 100th anniversary of the brand, which was once founded in England, in 2023 - and thus commemorate the MGB Roadster built until the 1990s.

It will start with the fresh air offensive but apparently especially in the upper class. The Dülmen small series manufacturer Wiesmann has reported back with the Thunderball project and announced a roadster. Although it still looks remotely like the old days, it is now powered electrically.

For around 300,000 euros, the Dülmen-based company wants to install two electric motors with a total of 680 hp and a battery for a range of around 500 kilometers. The company is already taking orders, but the start of sales is still open.

And electric pioneer Henrik Fisker also wants to try again with an open car. Once his large SUV Ocean is launched this year, he wants to push ahead with an open sports car called Ronin in addition to the small offshoot Pear.

He announces the debut for next summer. He promises a 2-seater with a retractable hardtop that will have "the longest range of any production electric car." He doesn't mention numbers yet, but there is talk of a four-digit kilometer indication.

However, this development could get the biggest boost when the first electric open-air model celebrates its comeback. Because Tesla has already confirmed that the company is developing a roadster again.

According to the website, this new roadster with a removable glass roof is faster than 400 km/h, has four seats and can be pre-ordered. Only the exact date for the market launch is - somehow appropriate - still open. 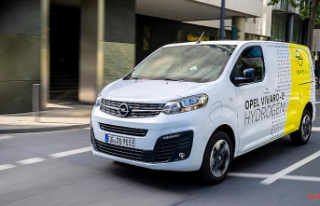