From Vietnam into the world: Vinfast is switching completely to electric drive

The Vietnamese brand Vinfast will rely entirely on electric cars, electric scooters and electric buses from 2023. 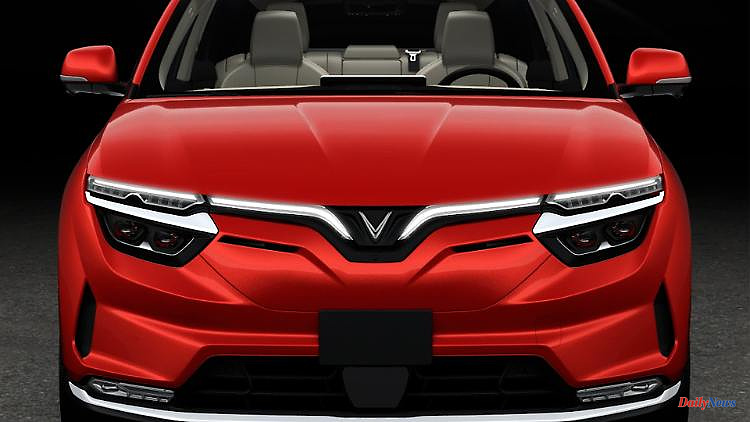 The Vietnamese brand Vinfast will rely entirely on electric cars, electric scooters and electric buses from 2023. The sales department has its eye on the markets in Europe and the USA in particular - the Vietnamese are even planning a factory in Germany. The fact that Vinfast is so far little known in this country should change by then at the latest.

Electromobility is increasingly confronting car buyers with the names of new vehicle manufacturers. It is mostly those who want to use the quiet and clean drive as a lateral entry into the industry, knowing full well that combustion models on the market do not stand a chance. Tesla is undoubtedly a pioneer. Brands such as Polestar, Nio, Ora, Ayways, Byton and MG (all China) as well as Lucid Motors and Rivian (both USA) also want this success story, to name just the most important ones.

Vinfast is still completely unknown in Europe. The brand was founded just five years ago as a subsidiary of the multi-billion dollar Vietnamese conglomerate Vingroup. In its home country, Vinfast has so far sold petrol-powered vehicles.

But that should end at the end of this year, the new core business is e-cars, e-scooters and e-buses. Big plans have already been made. In 2027, one million BEVs are to be put on the road. "In ten years we will be among the top ten largest electric car manufacturers in the world," announced Le Thi Thu Thuy, vice chairman of Vingroup and CEO of Vinfast Global, in an interview with the Frankfurter Allgemeine Zeitung. The Vinfast boss knows only too well that this also includes a well-running European market. The transition to e-mobility in the Old World is considered a foregone conclusion.

Vinfast is also planning to massively increase production capacities. Haiphong in Vietnam is currently the only manufacturing facility. A production facility is to be opened in the USA in 2024, where 150,000 e-cars can roll off the production line each year. Vinfast also has Europe in its sights and is looking for a suitable location. France and Germany are on the shortlist. It does not even have to be a new building, it is just as possible to take over an existing plant.

Vinfast currently has five cars ready and three more are in development, including a sedan that will be used to compete with Tesla, BMW and Mercedes. The customer should be offered a maximum range in the model portfolio. In Asia, the Vietnamese are already selling the City-Stromer VF 5, a small crossover vehicle the size of a VW T-Cross. Dee VF 5 could come to Europe in 2023, would compete here against the Dacia Spring.

The new program also includes the small car VF 6 and the slightly larger crossover VF 7. They should be available from us up to and including 2025. Officially confirmed are the VF 8 and VF 9, the largest SUVs in the model line. The VF 8 measures 4.75 meters, the VF 9, which can seat up to seven people, even 5.12 meters. Depending on the battery pack - 82 kWh or 87.7 kWh, or 92 kWh or 123 kWh for the VF 9 - Vinfast specifies ranges of between 420 and almost 600 kilometers. The batteries come from established manufacturers such as CATL, but Vinfast also manufactures batteries itself. By 2024, a solid-state variant is said to be ready for series production.

Internally, however, special batteries and long ranges are not considered a unique selling proposition to attract customers to the brand. Rather, they want to arouse curiosity via a special service, similar to what the Hyundai subsidiary Genesis does. Not only the delivery of the new car takes place at the buyer's doorstep, but also the collection of the car for service. In the case of repairs, attempts should be made to get these under control first "Over The Air" (OTA). If this doesn't work, Vinfast wants to send a fitter to the customer.

When it comes to guarantees, it says: ten years or 200,000 kilometers. All costs for battery maintenance are covered; if the capacity of the high-voltage battery falls below 70 percent, the battery is replaced free of charge.

In sales, Vinfast focuses largely on online direct sales. The customer can also order in the traditional way, but to do this he has to go to one of the approximately 25 stores that are planned for Germany (another 25 in France and the Netherlands). Initially, bases are planned in Frankfurt, Berlin, Cologne, Oberhausen and Hamburg. The price currently starts at 43,900 euros. Battery rental costs extra. The first SUVs from Vinfast are to be delivered in autumn.

1 Baden-Württemberg: The state is cautiously positive... 2 Bavaria: Trial against Lower Franconia district presidents 3 Hesse: Solidarity rallies for Ukraine on Paulsplatz 4 Thuringia: Ramelow for the end of compulsory vaccination... 5 North Rhine-Westphalia: Wuppertal is applying for... 6 Bavaria: Bishop injured after pilgrimage, but happy 7 Saxony: DGB: Structural change money only for high-quality... 8 Chance to "correct mistakes": Melnyk hopes... 9 "My hellish closet": Navalny has to go back... 10 Start of the Germany tour: Ganna races to victory... 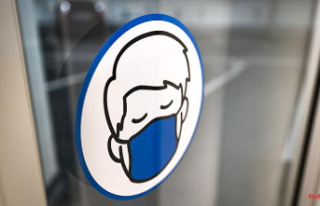 Baden-Württemberg: The state is cautiously positive...