In June, Minister of Transport Wissing makes the general renovation of Deutsche Bahn a top priority. 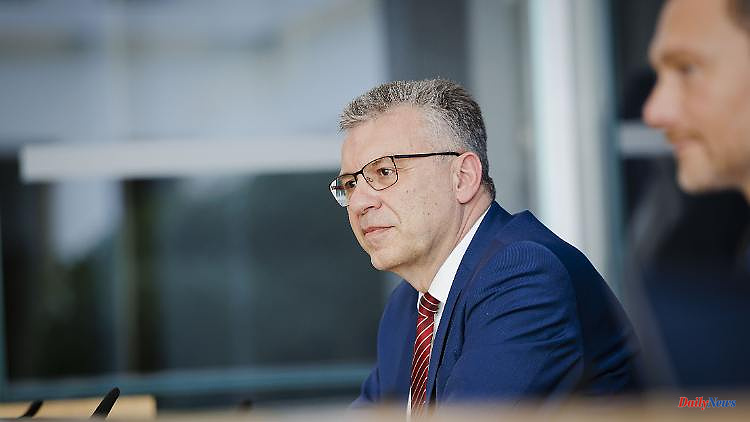 In June, Minister of Transport Wissing makes the general renovation of Deutsche Bahn a top priority. A day later, the incumbent chairman of the supervisory board throws it down. A successor could now be ready for Odenwald: Secretary of State for Finance Gatzer is a master at juggling billions.

According to insiders, the longstanding State Secretary in the Federal Ministry of Finance, Werner Gatzer, is to become the new chief controller of Deutsche Bahn. The supervisory board wants to elect him at an extraordinary meeting of the body in the fall, government and industry representatives said. Despite various changes in government, Gatzer has been Secretary of State for Finance for many years. He took up this position in 2005. It was only interrupted by a short episode when he held the chief post at the railway subsidiary Station und Service.

The Federal Ministry of Transport stated that it generally does not comment on personnel speculation. The railways did not want to comment either, and there was initially no comment from the Ministry of Finance either. The post of head of the supervisory board has been open since Michael Odenwald surprisingly announced in June that he would be giving up his post at the end of July. He was actually appointed until 2025.

Odenwald's resignation came a day after Federal Transport Minister Volker Wissing had declared a general renovation of Deutsche Bahn a top priority. The FDP minister said on July 22 that he would create a new control body for this. A steering group should be set up in the ministry, which should also act as an early warning system and report on the implementation of central construction measures. The minister emphasized that the necessary funds for the planned procedure would be secured. He did not give any further details.

According to Bahn boss Richard Lutz, the utilization of 3,500 kilometers of track is currently 125 percent, even without construction sites. By the end of the decade, this heavily used network threatens to grow to more than 9,000 kilometers. The current quality of the rail system is not acceptable to anyone. A radical change of direction is needed.

In any case, a new head of the Deutsche Bahn supervisory board would not have a quiet job. The now traded candidate Gatzer is the longest-serving top official at federal level. In the jargon of the Ministry of Finance, he operates as "perpetual state secretary," wrote the "Spiegel" in February. No one has more experience in the annual cost haggling when drawing up the budget, no one knows more tricks and tips on how to get billions or to hide them.

An election by Gatzer would be unusual in that he is a member of the SPD and would have to work closely with FDP Minister Wissing. However, the Chancellery, which is in the hands of the SPD, also has a say in the head of the supervisory board. It was considered unlikely in government circles that Gatzer would remain State Secretary in addition to his duties as Chief Inspector.

The challenges facing Deutsche Bahn, with its more than 300,000 employees, are also great beyond the network renovation: the group has debts of around 30 billion euros and the overburdened group is being asked to transport additional coal during the energy crisis. Conversely, as one of the largest electricity consumers in the country, the railways are hit particularly hard by energy prices. The additional costs for 2023 alone for electricity are estimated at a good two billion euros.

The group was able to report a profit again in the first half of 2022 after the Corona crisis. However, this is primarily due to the logistics subsidiary Schenker. A sale has been discussed here for a long time in order to shed the international business and concentrate on rail in Germany. In addition, urgently needed money could flow into the company.

1 With lots of yellow to Monza: Ferrari seizes last... 2 Bumpy start: WDR manager Vernau should steer RBB through... 3 Or regeneration takes years: "Fish stocks can... 4 A new one for the Kolle-Kiez: Patrick Fernandez mixes... 5 Information on energy consumption: Am I perhaps heating... 6 North Rhine-Westphalia: Several trucks from a forwarding... 7 Bavaria: Vitesco cuts up to two thirds of the jobs 8 Hesse: A semi-trailer loaded with old tires caught... 9 Up to ten fighter jets destroyed: Ukraine claims responsibility... 10 Disobedience to Vatican: Bishop calls homosexuality... 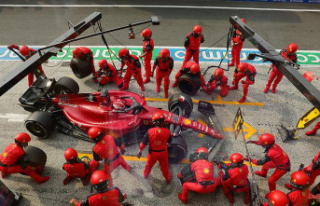 With lots of yellow to Monza: Ferrari seizes last...