Germany is keeping a low profile: fuel cell vans as an alternative?

If you leave your e-transporter at the charging station forever and cannot use it, you lose money. 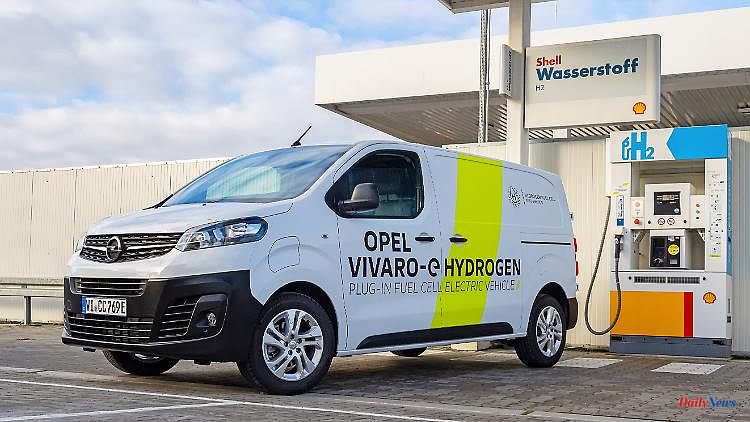 If you leave your e-transporter at the charging station forever and cannot use it, you lose money. One reason why the fuel cell is favored in France, for example. And because that's the case, the Stellantis group and all its subsidiaries offer hydrogen-powered vans, including Opel.

As a drive type, the fuel cell in passenger cars will probably remain a niche technology for a long time to come. The situation is different in road freight transport: in addition to the truck division, many van manufacturers are now also relying on the long-range battery alternative. In Germany, the Stellantis subsidiary Opel is leading the way when it comes to technology.

Since the end of 2021, the Rüsselsheim-based company has been building the Vivaro-e not only as a purely battery-powered electric van, but also in a "hydrogen" variant with an additional fuel cell. The panel van only has a small battery, which is sufficient for a journey of around 50 kilometers. Three 700 bar hydrogen tanks in the underbody, which supply a 45 kW fuel cell with energy, take care of the remaining 350 kilometers. The bottom line is that the Vivaro-e is almost 100 kilometers further than the purely battery-powered model.

The slight increase in range is not the real advantage, but the fast charging. "Filling up with hydrogen only takes three minutes," explains Opel boss Uwe Hochschurtz. When it comes to commercial use of light commercial vehicles, short downtimes in everyday operation are hard cash. "Electric cars with fuel cells offer an ideal solution for customers who want to cover long distances in their vans with zero emissions and at the same time want to refuel quickly."

However, Opel's hydrogen offensive is slowly starting. By the end of 2023, initially 2000 vehicles are to be built and delivered to selected fleet customers. Miele is one of the already well-known customers, but the hydrogen transporters should also be of interest to energy suppliers, parcel delivery companies and municipalities. But companies that hope to improve their image through locally emission-free drive technology could also benefit from a Vivaro-e.

Other Stellantis brands offer comparable vans, Peugeot has equipped its twin model e-Expert with identical technology on request, and Citroën also supplies an H2 variant of the e-Jumpy. Stellantis builds the fuel cells itself in the Symbio joint venture operated with tire manufacturer Michelin and supplier Faurecia. But the competition is also involved when it comes to hydrogen: Renault wants to offer the Master van as a hydrogen vehicle this year. The range is announced at almost 500 kilometers. Other construction variants are to follow later, including a shuttle bus. The car manufacturer also wants to supply the necessary hydrogen filling stations for the depot.

The fact that the French in particular are so energetically banking on hydrogen may also have something to do with the politics of their home country. The government there is investing massively in the development of a hydrogen economy. The goal is world market leadership in green hydrogen, which, however, is to be produced not only from wind and solar power, but also with the help of nuclear power. One of the most important points is the conversion of goods and passenger transport to hydrogen vehicles, among other things up to 1000 filling stations for fuel cell vehicles are to be built by the end of 2028.

Germany also wants a hydrogen economy, but sees itself differently than the nuclear country France, but less as a producer of the gas. Instead, green hydrogen should primarily be imported. When asked about the origin of the energy source, Opel boss Hochschurtz also answers the question of the origin of the energy source with foreign countries: "Soon, large amounts of renewable energies will be produced cheaply and climate-neutrally on a large scale in remote places in the world and then transported to the consumers. Hydrogen will become a play an important role because transport is easier and cheaper than grid-bound electricity."

Despite such optimistic forecasts, the availability of green hydrogen is one of the major problems in fuel cell technology. Because so far, the majority of the H2 tanked in Germany and used elsewhere is the "grey" variant, which is mainly produced from natural gas. For the climate and the environment, nothing is gained by using it.

A large-scale import of green hydrogen has not yet been identified. As long as this is the case, the battery-electric van will be the main opponent of the fuel cell van. Also because the available green electricity can be used much better there. Because even with clean electricity, the production of hydrogen is extremely energy-intensive - and much less efficient than using the electricity directly in the battery car.

Opel and its Stellantis sisters will probably not bother that. For the German and French brands, the expansion of the range of delivery vans to include fuel cell vehicles is also interesting from other points of view. On the one hand, more experience is gained with fuel cell technology, which will certainly also play an important role in freight transport in the future. On the other hand, major customers are served with a product that no other major manufacturer currently has on offer. This - so the calculation - should result in further opportunities to do business with each other. Then maybe also with battery transporters. 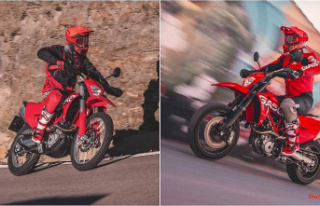