Germany's missed opportunity: have we lost South Africa to China?

Economic cooperation with South Africa has been high on the list of German politicians since the Ukraine war. 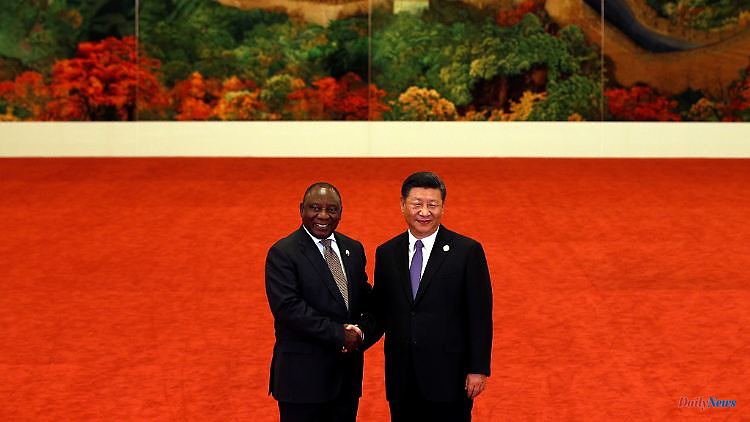 Economic cooperation with South Africa has been high on the list of German politicians since the Ukraine war. Top dog China, however, made itself felt in South Africa years ago. Has Germany missed its chance?

Almost 600 German companies are on site in South Africa. For many, the country is a stepping stone to the African continent. The automotive industry and the raw materials sector are particularly important in trade with South Africa. The German-South African trade volume was over 20 billion euros in 2021 - that is almost as much as the German-Indian trade volume. This means that South Africa is already Germany's most important trading partner south of the Sahara.

However, Germany cannot keep up with China's economic connection to South Africa: The country has been a major lender for infrastructure projects for years. According to a study by the Friedrich Naumann Foundation, Chinese financiers are popular because they decide and implement projects quickly, interfere less in internal affairs than the West and also have fewer scruples about corruption.

Since the Russian invasion of Ukraine, German politicians have wanted to further intensify cooperation with South Africa - especially in the energy sector. Germany is currently looking to be close to the country because you need raw materials, says Mauro Toldo, financial expert at DekaBank, in the podcast “Wirtschaft Welt

So it is high time for Germany to do better and further develop economic relations with South Africa. Federal Minister of Economics Robert Habeck, for example, promised reforms for loan guarantees in order to make it easier for German medium-sized companies to invest in Africa and thus make the move to the continent. South Africa as an investment location is to be made more attractive for German companies.

Melanie Müller, South Africa expert at the Science and Politics Foundation, reminds us that economic commitment should always serve both sides: Above all, when it comes to energy, it must also be about covering South Africa's own needs. Time and again there are hour-long blackouts in the country, which weaken the South African economy and thus come at the expense of growth.

Her plea is clear: "As the EU, we have to give a little something if we want to build stable long-term relationships." With a view to the topic of raw materials, more value creation should take place in the country itself - in South Africa just like in other African countries, the political scientist demands. European companies should not only mine and export raw materials such as ores and then earn money from the processing themselves, but also support local value creation by building smelters and refineries. New jobs could be created in this way, and industrialization would be advanced. That would also be important for South Africa.

If Germany pays more attention to South Africa itself benefiting from the cooperation, that would be an attempt to at least stand up to the Chinese competition. But that's only possible in a team. Mauro Toldo sums up what we shouldn't lose sight of when working with South Africa: "Not only can we show you something, we can also learn something from you."

1 Superstar is still locked: Ronaldo's European... 2 "One of us": Ski legend Rosi Mittermaier... 3 Authorities and schools "blind": Hundreds... 4 Cuts on the back: William is said to have attacked... 5 "Ticking time bombs": The number of insecure... 6 Five candidates to choose from: "Deceptive packaging... 7 Retirement in seven steps: How to prepare for retirement 8 North Rhine-Westphalia: ATM in the district of Heinsberg... 9 Thuringia: CDU parliamentary group demands the end... 10 Bavaria: Five-year-old goes on trips: large-scale... 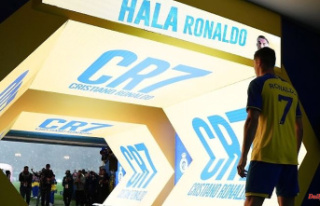