The virtual digging for bitcoins consumes a lot of electricity. 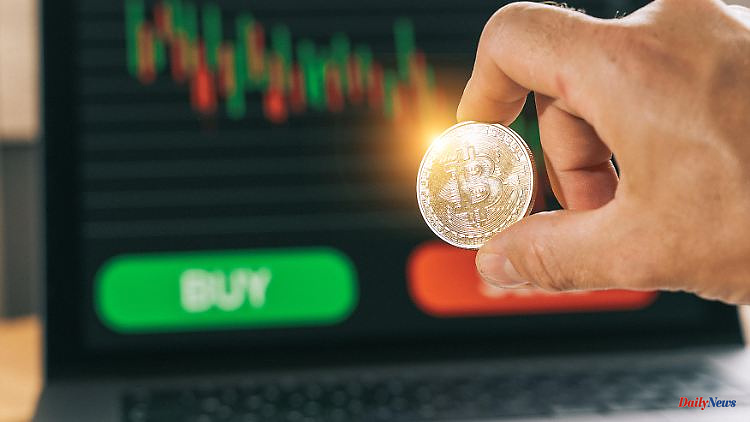 The virtual digging for bitcoins consumes a lot of electricity. Energy consumption has been rising drastically for years, thereby increasing climate damage. Meanwhile, the second most important cryptocurrency after Bitcoin, ether, has already completed a kind of energy transition.

Mining the cryptocurrency Bitcoin is becoming more and more energy-intensive. According to a new study, digging for digital coins is about as harmful to the climate as the extraction and processing of crude oil, measured in terms of the market price. Three economics professors from the University of New Mexico in Albuquerque (USA) have now investigated how high the climate damage caused by Bitcoin mining is and report on it in the journal "Scientific Reports".

The first Bitcoin came into circulation in 2009, making it the oldest cryptocurrency in the world. It is also one of the most popular virtual currencies on the market: In December 2021, Bitcoin had a market capitalization of around 960 billion US dollars and a global market share of around 41 percent among cryptocurrencies.

Bitcoins are also referred to as digital gold: similar to gold mining, the virtual coins also have to be mined. And that consumes enormous amounts of energy: the production is based on what is known as blockchain technology. This means that all bitcoin transactions are stored as cryptographically concatenated blocks of data. A network of miners (prospectors) verifies every transaction and ensures that the data block was generated correctly. Miners who are the first to verify a certain number of transactions and provide the correct block are rewarded with new bitcoins.

This has created a competition in which miners all over the world compete with ever increasing computing power to add new elements to the so-called blockchain as quickly as possible. The number of miners is also increasing. Overall, the energy requirement for mining the bitcoins increases.

Benjamin Jones' team has now calculated the energy requirements for digital prospecting. According to this, global mining activities in 2020 consumed 75.4 terawatt hours of electricity. This corresponds to more energy than Austria (69.9 TWh) or Portugal (48.4 TWh) used in the same year.

The three researchers also found that for the period examined from 2016 to 2021, the climate damage per virtual coin increased steadily. "Our results suggest that bitcoin mining is becoming dirtier and more climate-damaging over time," Jones said. The University of Cambridge estimates that around 61 percent of the electricity used to mine cryptocurrencies like Bitcoin comes from non-renewable energy sources like coal and natural gas.

According to calculations by Jones and colleagues, there is a steep increase in CO2 emissions per bitcoin: taking into account the global locations of miners and the electricity mix there, a virtual coin mined in 2021 released 126 times more CO2 than one from 2016 - an increase of 0 .9 to 113 tons of CO2 per Bitcoin in just five years.

The global Bitcoin climate damage in the study period 2016 to 2021 is estimated at a total of 12 billion US dollars. According to the authors, they exceeded the market price of mined coins on more than a third of the days in 2020. Climate damage peaked at 156 percent of the coin price in May 2020. Thus, every dollar of Bitcoin market value created this month was responsible for $1.56 in global climate damage. However, the Bitcoin value had just fallen sharply at the time.

Gold mining, on the other hand, produces only four percent of its market value in climate damage. According to the scientists, in order for such Bitcoin damage to amount to four percent of the market value in the future, the share of renewable energies for mining Bitcoins would have to be almost 90 percent. In order to curb climate change, governments would have to regulate energy-intensive processes such as bitcoin mining through political mechanisms, says co-author Robert Berrens.

Meanwhile, the second most important cryptocurrency after Bitcoin, ether, completed a kind of energy transition in mid-September: According to the Ethereum Foundation, the power requirement was reduced by 99.95 percent with the adjustment of the consensus or security procedure for transactions that had been planned for years

1 'Pretty impressive!': Paul McCartney is... 2 Saxony-Anhalt: Long waiting lists for music lessons... 3 Bavaria: flood of cats and financial worries: animal... 4 Bavaria: man drives with drugs and arrest warrant... 5 Saxony-Anhalt: Zeitz is expanding the Sugar Festival... 6 Hesse: Significant damage in the event of a fire in... 7 Saxony-Anhalt: Harz narrow-gauge railways suffer from... 8 Thuringia: Man does not want to wear a mask and throws... 9 North Rhine-Westphalia: Some hotels are considering... 10 North Rhine-Westphalia: Vintage in the Siebengebirge:... 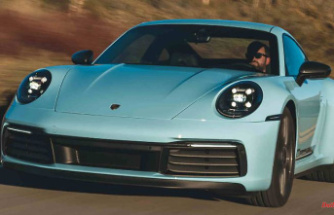 If the basic version is not enough: Porsche 911 Carrera T - the new 911 variant 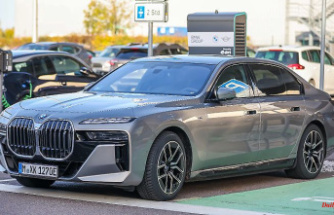 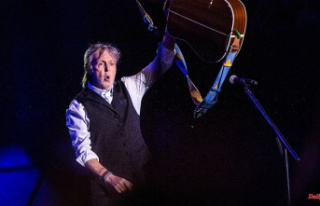