Global Trade Predictions In 2021-Will The World Get Back On Its Feet?

The high hopes of a market recovery in 2020, after a lean 2019, were quickly dashed to the ground by the Covid-19 outbreak 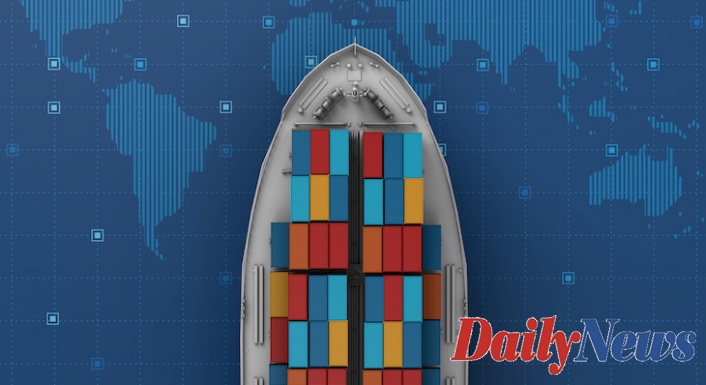 The high hopes of a market recovery in 2020, after a lean 2019, were quickly dashed to the ground by the Covid-19 outbreak. As a result, the year as a whole turned out to be the worst in living memory as far as global trade was concerned. Data shows that the global trade volume UK saw a fall of 18.5% in exports and 31.8% in imports in the second quarter of 2020 alone, as compared with the preceding quarter of 2019.

While the pandemic has proved its severity the world over, there are some affected regions in Europe, Africa and mostly South-East Asia which are still in the grips of the deadly virus.The production, ramping up of vaccine manufacture and timely distribution, especially to those countries which have been hit hard by the coronavirus, will be a key to how the economy of the world and trade in general performs in 2021.

As per data provided by the World Trade Organization (WTO), once schools and businesses are back on their feet, the  world will open up more quickly, even though a bit unevenly, after the ravages of the pandemic. Some sectors like tourism and transport may take more time because of restrictions and closures of borders, but on the positive side remote working will help boost up trade of goods like electronics, including computers, textiles (mainly as a result of high demand for face masks) and copper since it is a key part of the electronic manufacturing industry.

2020 became an extremely pivotal year for the global economy for several reasons. One was the advent of the coronavirus pandemic and second was the election of a new president in the US, possibly introducing some new laws and taxes which could impact global trade. The third, and possibly the biggest, was the work from home trend.

As many as 80% of office workers in the US alone switched to work from home mode as a result of the corona crisis.This major shift which the workforce has experienced has also had a major impact on many facets of the economy such as:

Other sectors which were hard hit were the Hospitality and Education services. In addition, a number of businesses closed down permanently at the height of the lockdown, though numbers have improved where we are at present. The above restrictions/disruptions due to Covid-19 had a direct effect on trade in 2020.

Also the stimulus provided by many governments at the height of the pandemic, like the Payroll Protection Program (PPP) in the US, kept many jobs and small businesses going. However, one has to wait and see how the economy picks up once these programs get over.

From cautious optimism to recovery in 2021

Forecasters are of the opinion that the roll-out of the Covid-19 vaccine will allow everyday life and ultimately the global trade economy to get back to near-normal in 2021. With most of the high-risk population vaccinated, countries like China, US, UK and most of Europe are on the path of achieving immunity of their population.

As a result, the US and China are expected to be the global leaders of trade revival in 2021, mainly because of the timely fiscal stimulus provided by the US and strong consumer revenues earned by China, the only country to do so in 2020.. Global trade which was also affected by the trade tensions between the Trump administration and China are set to improve with the Biden administration pursuing a broader and multilateral policy. The sharp rebound expected, though, has yet to materialize even though we are well into Q2 of 2021.

Important factors that could affect global trade in 2021

Two important trade agreements signed at the fag end of the last troubled year would have buoyed global trade prospects. First, the uncertainty of trade relations caused by Brexit was greatly reduced with the Trade and Cooperation Agreement between the UK and the EU. For example, the 'zero tariffs' deal was a big relief for businesses on either side of the English Channel.

Secondly, the end of November saw the largest free trade agreement, the Regional Comprehensive Economic Partnership (RCEP) being enforced, which brought the East Asian countries closer. Again, China's role in the post-pandemic upturn will be of importance here as Beijing has made a number of commitments to RCEP partners over opening up its markets to them for future years.

There is another agreement in the pipeline to be signed between China and the EU known as the Comprehensive Agreement on Investment (CAI) which could further bolster China's image as a large global trading nation. Once the barriers to the EU investing in China are removed after CAI, there could be major beneficiaries from the deal for both sides in many fields.

These developments notwithstanding, there  will still be challenges for global trade to go forward as it never seems to have fully recovered from the 2008 economic recession. The Biden administration would have to reverse the disruption influenced by the Trump government over global trade in the last four years. If the tide has to be turned, now is the time to pull all the stops before it is too late.