GOP: The national party line is more important than bringing home the bacon

DAVENPORT (Iowa) -- Every day, Davenport's 81 year-old Centennial Bridge crosses the Mississippi River creaks beneath the weight of tens to thousands of trucks and cars. The steel that is in need of replacement is exposed by the rust through its silver-colored paint. 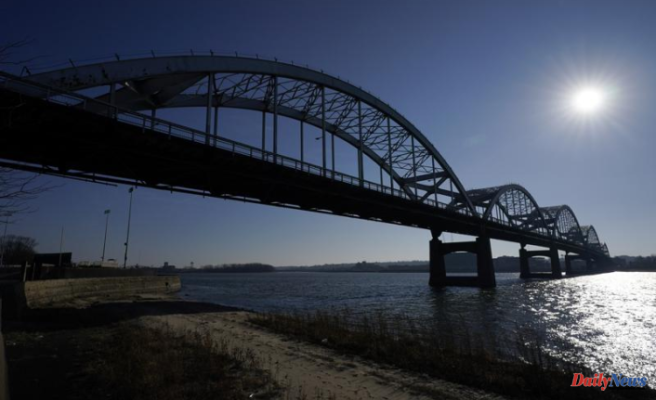 The aging landmark in this city is one of more than 1000 structurally defective bridges in the region. This tally gives Iowa's second congressional district the dubious distinction, having the country's second-most problematic bridges.

It was a strange vote by Mariannette Miller-Meeks, a district representative, against a bill that would have allowed more than $100 million to be poured into federal funds for repairs and replacements of bridges in southwest Iowa. Miller-Meeks criticized the majority Democrats' handling the bill and never mentioned its contents, which was a common refrain among the minority who overwhelmingly opposed it.

Few people in Washington were as surprised as Iowa that the Republican opposed money for a local priority. It's so common for legislators to prioritise their party's interests over the needs of their district, according to strategists and former party leaders.

"The old all-politics-are-local axiom has been significantly eclipsed by one that says all politics are national," said Tom Kahn, a 33-year Capitol Hill staff veteran who teaches congressional strategy at American University.

Democrats hope voters will resist this trend. They are hoping voters will punish Miller-Meeks and other lawmakers who oppose major investments in child care, climate change mitigation, health care, and health care.

Even vulnerable legislators like Miller-Meeks, who won with just six votes, don't seem to be concerned about having to pay a price.

Rep. Yvette Sherrell of New Mexico, a GOP freshman voted against the infrastructure bill. The $100 million per state was for broadband internet access. As of 2019, 25% of rural homes in Herrell's district had no internet.

In California's Central Valley, Rep. David Valadao could have told families of 194,000 children he supported expanding a middle-to-lower-income child tax credit in the Biden administration's $2 trillion sweeping spending bill. Valadao's district, which is agriculturally-rich, has more children whose parents meet the criteria for the $300 per child monthly allowance than any Republican targeted by Democrats. Valadao voted no to the bill. It passed the House, but is currently stuck in the Senate. This is after Senator Joe Manchin shocked fellow Democrats by declaring last weekend that he will not support the bill as it stands.

Miller-Meeks' office didn't respond to multiple requests for information about her vote.

She stated that she would have supported an infrastructural bill that wasn't tied to the larger spending plan, which was publicly released after the vote. Democrats had been trying to move them together for months.

She stated in the statement that she would not support any bill that was directly linked to a multi-trillion-dollar reckless tax and spending package.

Miller-Meeks, and others, are offering a procedural explanation when in fact they are following the national trend for party loyalty. This demonstrates the shift from the old-honored politics that brings home the bacon.

"That's a company-line, as I would refer to it. "I've seen it by others," ex-Republican from New York Tom Reynolds, who was also the former chairman of National Republican Congressional Committee. "Things are different now. "Things have changed.

It's now, but I stood firm against the opposition.

This is partly due to the still-heavy influence of former President Donald Trump over the Republican Party. Trump demanded that party primaries be challenged by the 13 GOP House members who supported the infrastructure bill.

John Ashbrook, an ex-aide to Senator Mitch McConnell (the Senate Republican leader), stated that "there's probably still space for people who make their cases on local matters." If you are a House member, there is so much pressure on your image. The national mood will decide your fate.

The American Road and Transportation Builders Association identified 1,064 bridges in Iowa's industrial and agricultural 2nd districts as structurally defective. This is a total of 20%. This means that the bridges are considered to be "provisionally safe" but require ongoing repair.

Two of them, including Davenport’s Centennial cross the Mississippi in Quad Cities, an industrial area of approximately 475,000 people. These bridges connect Davenport, Bettendorf, Iowa and Rock Island, Moline, Illinois. This is a crossroads for river, rail, and highway commerce that struggles to keep its position as a hub for farm machinery.

Centennial is the most traveled and structurally deficient bridge. The Mississippi crossing on Interstate 280 has been in use for 50 years. It connects to Interstate 80, which is one of the busiest freight routes in the country.

Paul Rumler, president and CEO of the Quad Cities Chambers of Commerce, lobbied Miller-Meeks for support of the infrastructure bill. He said that commerce slows down dramatically when multiple bridges are repaired each year.

The Interstate 280 bridge near Davenport and the 55-year old Interstate 80 bridge were closed partially in June. This caused westbound traffic to be diverted into Illinois for miles.

Rumler stated, "Having a predictable and long-term federal infusion of funding is beneficial so that we can get away from this day-today maintenance and think about the long-term needs." Rumler said, "And the Quad Cities certainly is one of those places with long-term requirements."

Aaron Tennant is the owner of both trucking and shipping businesses on the Iowa and Illinois sides the Mississippi. After six years of construction, a bridge was opened this month connecting Bettendorf, Iowa and Moline (Illinois) on Interstate 74. Tennant's productivity was affected by the delays last summer. It was frustrating for commuters, and it added stress to older bridges like Centennial.

According to the Republican, he is "very conservative" and has voted twice for Trump. He also knows Miller-Meeks well, and believes that she "has done a great job". But he does not understand why she voted against infrastructure legislation.

The larger social spending package is "uncomfortable" to him, but "Infrastructure financing is unique because that's the only piece I don’t mind having money spent because it directly creates job opportunities."

Tennant stated that he would have to "have a conversation" with the congresswoman in order to better understand her position.

1 US Rep. Scanlon's carjacked automobile found;... 2 Pope calls for humility in a new, zinger-filled Christmas... 3 Putin to the West: "It's not us who are... 4 US delays intelligence center targeting foreign influence 5 Dubai's post-vax boom: Bustling bars and surging... 6 Consumer prices rise 5.7% in the past year, fastest... 7 Trump's 100-year-old policies have led to the... 8 Atlanta honors the legacy of convict labor which rebuilt... 9 Oklahoma arrests actor who played the role of 'Home... 10 A mother's determined search for truth was sparked... 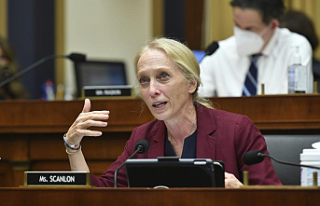