So far, investors have not been bothered when startups have prioritized growth over profit. 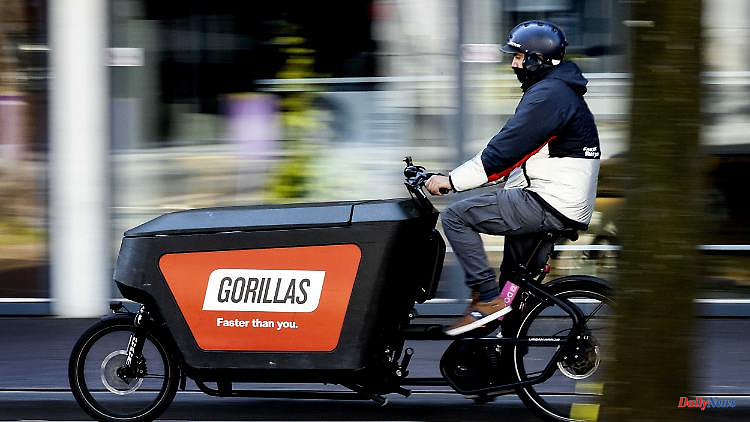 So far, investors have not been bothered when startups have prioritized growth over profit. But now venture capitalists have become more cautious. The tense situation on the capital market has long been felt by investors who were once their favorites.

In the past two years, investors have showered startups with more money than ever before. The lightning delivery service Gorillas, for example, has benefited from this in particular, having reached a billion dollar valuation in record time – without ever being in the black. So far, investors have not been bothered at all when startups have prioritized growth over profit. The calculation: First grow rapidly and earn a lot of money in a few years.

But that is changing now. Venture capitalists have become more cautious – because the demands for returns are increasing with interest rates. "Money is getting tight again. When choosing investment targets, investors now have to pay more attention to profitability," says Otto Strecker, CEO of the AFC Consulting Group, which specializes in the food industry, ntv.de. In addition, high inflation and the war in Ukraine are dampening the economy.

The high inflation rates in particular are poison for the express delivery services. "In the current inflation, more and more consumers are turning towards the entry-level price segment," says Strecker. However, quick commerce providers such as Gorillas or Flink are dependent on offering higher-quality products, otherwise the product margin will not be sufficient to finance the business model. At Gorillas, customers can order supermarket products via an app. The company promises delivery within ten minutes. To this end, the company operates a dense network of department stores in the cities from which the products are delivered.

According to information from "Manager Magazin", the financiers of gorillas have demanded significant cuts from founder Kagan Sümer after he failed to find new financiers. The new premise: The startup should be profitable by the end of 2023. As a result, the company laid off 300 employees in administration and implemented a strategic U-turn: rapid growth is no longer the top priority. "We are now focusing on the existing markets, also in order to achieve profitability," says CFO Elmar Broscheit.

According to Stecker, however, this alone will not make the startup profitable. "Only the amount of money burned is decreasing," he says. In order to get into the black, Gorillas would also have to raise prices or switch delivery. "The 10-minute delivery is the most expensive route planning that there is in logistics." The business model cannot be sustained at normal supermarket prices and can only become profitable with significant delivery fees.

The search for new investors is also difficult for gorillas. According to "Manager Magazin", external funds have even withdrawn their offers. According to Luis Hanemann from venture capitalist Headline, VC investors are still liquid, but the type of companies they want to invest in have changed. "Investors are now making sure that companies become profitable more quickly and that the so-called burn rate is as low as possible," says Hanemann ntv.de. A burn rate is the indicator that describes how much loss a company makes each month. According to Hanemann, this should be between 50 and 75 million euros for gorillas.

Sümer's startup is now trying to get the burn rate under control by trying to make its camps profitable. "If we show that we are pursuing this rigorously, we will continue to have good access to capital," says Broscheit.

In October, Gorillas raised around 860 million euros from investors in a financing round and was valued at 2.5 billion euros. At that time, the global food delivery service Delivery Hero came on board as an investor with a capital injection of 200 million euros.

It is unclear how long the money will last, given the high expenses, to secure operations. Sümer told the Reuters news agency: "We are here to stay. We have enough buffers." But he is also certain: "Risk has become irritating for investors, and nobody wants uncertainty at the moment. That makes it quite difficult to collect money at the moment." After the refocusing, Hanemann sees another chance for gorillas to raise money on the capital market. "On what terms is a completely different question."

The environment is difficult. Large investors such as Softbank and Tiger Global, who have invested billions in startups in recent years, are currently behaving very passively. In the past, however, they were exactly the drivers for immensely high valuations. According to Hanemann, as a consequence of their inaction, the valuations are currently falling, especially in the subsequent financing. "As a result, it is becoming more difficult for gorillas and co. to convince investors," says Hanemann.

Even if companies should succeed in convincing investors of their business model: in the future there may be so-called flat rounds or down rounds in the industry, i.e. rounds of financing in which the company valuation no longer increases or even decreases. That was previously unthinkable.

1 Queen Elizabeth II will not attend Jubilee Mass Friday 2 OMNISPORTS. The weekend's results in Nord-Isere 3 Baden-Württemberg: Minister advertises before the... 4 "Marten and leopards too": Kiev's head... 5 First tremble, then cheer: Magdeburg's handball... 6 Bribe money for judicial reports: senior public prosecutor... 7 "I love my country": Anna Netrebko raves... 8 The day of the war at a glance: Russians advance in... 9 The West must be prepared for a "long-term war... 10 Eastern Pyrenees Murder near Perpignan: The victim's... 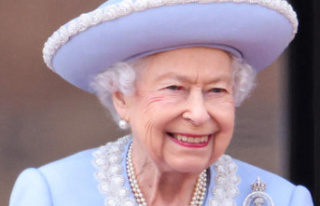