"Have a safe trip to the moon": Biden scoffs at Elon Musk

Many investors trust Elon Musk's intuition: the Tesla boss is currently plagued by gloomy forebodings of a recession. 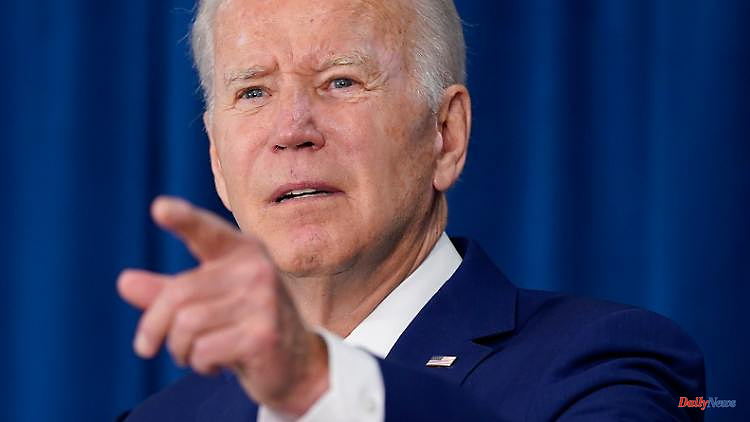 Many investors trust Elon Musk's intuition: the Tesla boss is currently plagued by gloomy forebodings of a recession. However, the US President is not one of his supporters. Biden points to competitor Ford and makes a joke at the stock market guru's expense.

US President Joe Biden reacted dismissively to a gloomy economic forecast by Tesla boss Elon Musk and wished him a good flight to the moon in this context. Musk said in an internal email that he had a "super bad feeling" about the economy. He also announced that ten percent of his workforce would be laid off. When asked about this, Biden referred to investments and the construction of new electric vehicles by competitor Ford. This is also hiring 6,000 employees, the President told journalists. "So, you know, good luck on his trip to the moon."

Musk immediately responded on Twitter with "Thank you, Mr. President!" and a link to an order from the US space agency NASA for his space company SpaceX. Musk recently turned to political issues on Twitter, breaking with Biden's Democrats. In the past he voted for the party because it was predominantly the party of kindness, he wrote in mid-May. "But they have become the party of division and hatred, so I can no longer support them and will vote Republicans."

Musk only made headlines on Wednesday because he had forbidden his staff to work from home. "If someone doesn't show up, we have to assume that person has left the company," the letter said, with no polite salutation, with the subject line "to be super clear." On Twitter, Musk exchanged blows with Australian billionaire Scot Farquhar, who described the appointment back to the office as "something from the 1950s". The Tesla boss replied: "Recessions perform an important economic cleaning function."

Musk is the first auto executive to express concern about the economy. The industry is currently benefiting from high global demand for new and used cars, also due to the fact that production has been under pressure since 2020 due to chip bottlenecks or lockdowns. In the first quarter, Tesla delivered 310,048 vehicles, the highest number ever, and sales soared 70 percent to $18.8 billion. However, production fell behind the previous quarter. Tesla had to temporarily close its plant in Shanghai due to the corona lockdown and is currently struggling to restart production.

Most recently, several high-ranking company bosses in the USA had expressed concern about economic development. Jamie Dimon, chief executive of investment bank JPMorgan, said this week a "hurricane is on its way." Inflation in the US is currently at its highest level in 40 years. The US Federal Reserve is faced with the task of getting inflation under control again without plunging the country into a recession.

"The bad feeling Musk has is shared by a lot of people," said Carsten Brzeski, an analyst at Dutch bank ING. "But we're not talking about a global recession. We expect the global economy to cool off towards the end of the year." Congressional elections will be held in the United States in November. The Democrats are under additional pressure because of high inflation. 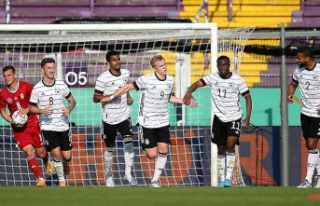 Title defense is possible: U21 books EM ticket, but...