In the coming year, the federal government will support the use of the power grids with an amount in the double-digit billions. 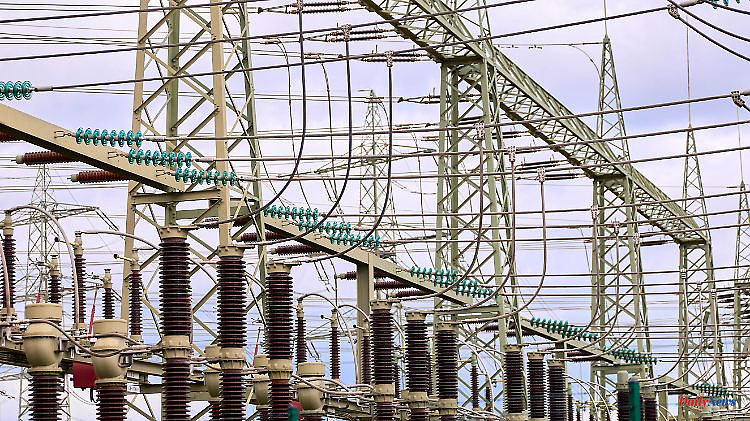 In the coming year, the federal government will support the use of the power grids with an amount in the double-digit billions. These costs form part of household and business electricity bills.

In the fight against rapidly rising energy prices, the federal government is curbing electricity tariffs with billions in aid. Economics Minister Robert Habeck confirmed that almost 13 billion euros would be granted to stabilize the fees charged to households and industry for using the transmission grids at the current level. "We are now making sure that these cost increases are absorbed and thus prevent an additional burden for industrial companies, medium-sized companies and consumers," said the Green politician. Without the help, the fees would have tripled. The network operators had previously stated that the fees would remain the same nationwide at a good three cents.

For household customers, the costs for the transmission grid account for just under ten percent of the total electricity price. For industrial customers from the chemical or steel industries, for example, it is up to a third. The Federal Ministry of Economics initially did not comment.

The background to the increased costs are the major imbalances in the European power grid, for example due to the failure of many French nuclear power plants. The costs of the reserve use of charcoal piles also have an impact on the charges. Therefore, the stabilization of the grid causes significantly higher costs than in the past. The four transmission system operators Amprion, Tennet, 50Hertz and TransnetBW calculate the amount of the fee.

In addition to the basic electricity prices, which have already risen sharply, there have recently been signs of rapidly increasing network usage costs. On the one hand, these consist of those for the large transmission lines and the local distribution networks. These are added to the electricity price. In the case of the transmission networks, it was recently a good 5 billion euros in total, which would have increased to around 18 billion. This is prevented by the subsidy of almost 13 billion euros.

According to network operators, the network fees on the national electricity market are likely to increase further in many places in the coming year. In 2023 they should average 3.12 cents per kilowatt hour - for the first time nationwide. The prerequisite is that it is clear by the beginning of December how exactly the federal government is stabilizing the price component with its relief packages. According to the information, the current calculation only means a slight reduction for the network area of ​​​​the Dutch operator Tennet - for example in Lower Saxony, Schleswig-Holstein and parts of Hesse and Bavaria. In the zones of 50Hertz (especially eastern Germany), Amprion (large part of NRW as well as Rhineland-Palatinate, Saarland, parts of western Bavaria) and Transnet BW (Baden-Württemberg), on the other hand, there is an increase.

In the shadow of the gas price development, electricity prices also rose sharply, hitting large consumers such as the steel and aluminum industries hard. In its third relief package at the beginning of September, the government had therefore already announced: "In order to relieve households of electricity prices, an electricity price brake will be introduced and the increase in network charges will be curbed."

It was initially unclear where the money would come from. In government circles, reference was repeatedly made to the account for the promotion of renewable energies (EEG account). There are around 18 billion euros that are currently not needed for subsidies for wind or solar energy. Due to the high electricity prices, construction and operation are currently profitable even without subsidies.

1 Windhorst does it like Klinsmann: The explosive end... 2 Trainer Seoane kicked out: ex-Bayern star Alonso takes... 3 After a fatal shot on the set: Alec Baldwin comes... 4 Alternatives with electricity: what does electric... 5 Baden-Württemberg: GDL: Further strikes at railway... 6 Bavaria: newspaper: prisoner mutiny in JVA - warden... 7 Bavaria: Motorcyclist dies in a rear-end collision 8 Baden-Württemberg: Run over a wolf from the Alps... 9 Mecklenburg-Western Pomerania: Left faction welcomes... 10 Hesse: Several sheepskins discovered in the forest:... 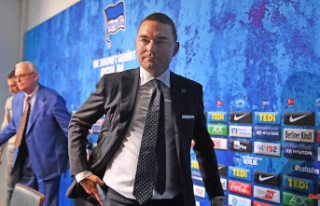