While the Stuttgart 21 underground station, which costs billions, is still a long way off, the 60-kilometer new line between Wendlingen and Ulm is finished. 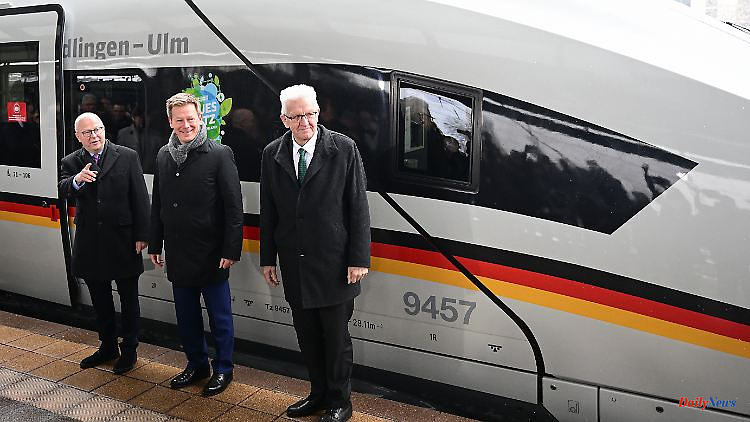 While the Stuttgart 21 underground station, which costs billions, is still a long way off, the 60-kilometer new line between Wendlingen and Ulm is finished. The federal government's railway commissioner sees the reopening as a "revolution in travel time" for the entire network.

Just an expensive gain in time or a decisive step forward? Travelers between Stuttgart and Munich save a quarter of an hour thanks to the new Wendlingen-Ulm line, over which trains will officially run for the first time this Sunday. Aside from the costs of almost four billion euros, there are many hopes associated with the project. One or the other will also change in the timetable. The new line will be released for the timetable change on Sunday.

The route was officially opened in the morning in the presence of Prime Minister Winfried Kretschmann. "The new line is a benefit in several ways: it shortens travel times and creates more connections. Stuttgart and Ulm are moving closer together. But so are Paris and Budapest. For us as an export country in the heart of Europe, this is an important aspect," said the Green politician .

Railway boss Richard Lutz enthused: “The appeal of the new Wendlingen-Ulm line extends far beyond the region it will be even bigger when Stuttgart 21 opens in three years." The federal government's railway commissioner, Michael Theurer, spoke of a "revolution in travel time" and an engineering masterpiece.

While the 60-kilometer new line is finished, Stuttgart 21 is a long time coming. Therefore, the construction between Wendlingen and Ulm can only show its advantages from 2025 with the planned completion of the new Stuttgart main station, according to the railway and state. Even then, many parts of the project will only be on paper and not implemented. Among other things, those traveling by train between Tübingen, Reutlingen and Ulm will benefit from the new rail system. Here, the journey time over the new line is reduced by up to 40 minutes. In future, regional trains will also run hourly between Ulm and Wendlingen at speeds of 200 km/h. An ICE will also run once an hour in both directions on the new line. According to Bahn, with it there is an improved daily offer between Stuttgart and Munich by around 20 to 90 trips.

The fly in the ointment of the so-called preliminary operation: the route only covers part of the planned route between Stuttgart and Ulm. Depending on the direction of travel, the brakes are applied before or after Wendlingen. Because of the high route loads between Wendlingen, Plochingen and Stuttgart, the regional trains cannot be routed directly to Stuttgart, according to Bahn. In Wendlingen it means "change trains" for travelers in regional traffic - they have to continue with the Neckar-Alb-Bahn. In addition to the new route, long-distance traffic continues to run on the existing route via Geislingen and Göppingen through the Filstal.

With the start of the new route, which partly runs parallel to the Autobahn 8, the travel time in regional traffic between Ulm and Stuttgart will initially be reduced by four to seven minutes. ICE trains will then take around 15 minutes less on this route. For the first time, the new regional stop Merklingen will also be served. If the Stuttgart underground station with its connections goes into operation in 2025, the journey time between Stuttgart and Ulm should be around half an hour shorter.

In addition to the new line, the Stuttgart-Ulm railway project also includes the underground station in downtown Stuttgart, including an underground connection to the airport. The project will cost more than 9 billion euros. In the financing agreement in 2009, 4.5 billion euros were set. In 1995, the railways, the federal government, the state and the city had estimated the costs at around 2.6 billion euros. The reasons given for the increases include increased construction costs, miscalculations, conditions from permits and changes in technical regulations. 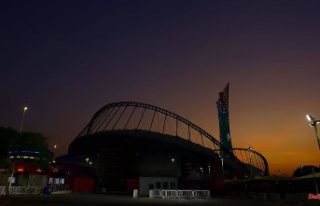