Experts expect a turnaround on the housing market in Germany in view of the sharp rise in building interest rates. 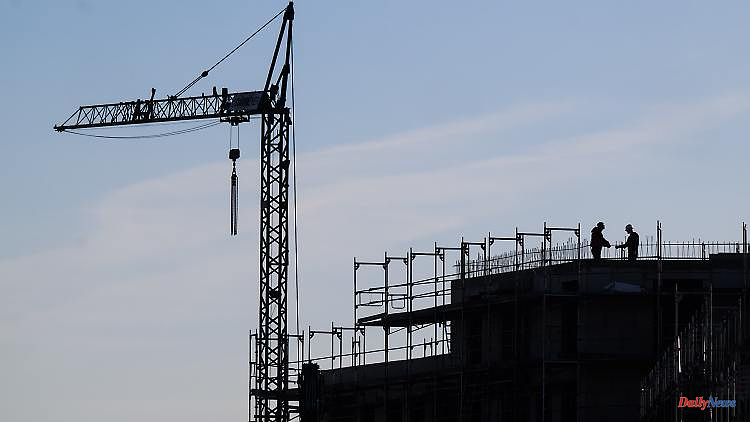 Experts expect a turnaround on the housing market in Germany in view of the sharp rise in building interest rates. Price stagnation is conceivable until the market is in balance again. Shares in large real estate companies have already crashed on the stock exchange. The uncertainty grows.

After more than ten years of real estate boom in Germany and enormously increasing prices, some experts expect a turnaround on the housing market. Whether sharply rising construction interest rates, uncertainty because of the Ukraine war, expensive building materials or delivery bottlenecks - the turbulence is increasing. Especially because of rising interest rates, more and more people can no longer afford to buy an apartment or house. Will the boom end soon?

So far, there have been pull-forward effects from people who wanted to buy real estate quickly before building interest rates continue to rise, says Michael Voigtländer, real estate expert at the German Economic Institute (IW). "In the second quarter, however, we should see a turnaround in the real estate market," he says. "It is clear that with rapidly rising interest rates, more and more groups of buyers are falling out of the market."

The picture is also changing for large investors. "They still want to buy, but at lower prices given higher interest rates." However, it is also conceivable that prices will stagnate for a longer period of time, until the market has found equilibrium again through rising incomes, says Voigtländer. New contract rents are also unlikely to grow as strongly. "The high energy costs are reflected in the ancillary costs and put a strain on people's ability to pay." Interest rates have skyrocketed in just a few months.

According to Frankfurt-based FMH Finanzberatung, interest rates for ten-year standard loans have risen from 0.9 percent to around 2.5 percent since December - the fastest increase since 1980. FMH believes that the trend will continue to rise: "Interest rates of four percent this year are not black painting, but very realistic." From a historical perspective, building interest rates are still comparatively low, wrote Stefan Mitropoulos, economist at Landesbank Helaba, in a recent analysis. Nevertheless, one should not underestimate the rise in interest rates.

"The significantly higher financing costs are likely to dampen demand for residential property overall and steer it more towards the more affordable areas surrounding the big cities." As a result, the price increase on the housing market should "slow down noticeably" over the course of the year. Real estate prices have risen faster and faster in recent years - despite all the warnings of a bubble.

In 2021, buyers for apartments and houses had to pay an average of eleven percent more than a year earlier. The Bundesbank has been alarmed by the trend towards excessive real estate prices for years. She warned in the spring that real estate prices in the cities are between 15 percent and 40 percent higher than the price that can be fundamentally justified.

Experts at Deutsche Bank also expect the upward cycle on the housing market to come to an end and, according to their models, to end in 2024. The price overvaluations are increasing, while fewer people have moved to Germany during the pandemic and new construction has increased dynamically, wrote the expert Jochen Möbert. He expects a "modest price correction" rather than a slump.

The uncertainty is already noticeable on the stock market. The shares of real estate companies like Vonovia have plummeted, as investors are critical of the prospects of the industry in the rise in interest rates. And developers of residential and commercial projects are also facing headwinds. As financing costs rise, banks are becoming more reluctant to lend, analyst firm Bulwiengesa reported.

Things aren't going smoothly in the long-booming building either. In a recent survey by the Ifo Institute, around half of the building construction and civil engineering companies complained about delivery bottlenecks - more than at any time since the surveys began in 1991. Construction companies are also experiencing more order cancellations. "New projects are hardly calculable," says Ifo expert Felix Leiss.

Because of the poorer prospects, the German construction industry has already lowered its sales forecast. "The construction boom that has been going on since 2009 is not nearing its end, but is getting clouded over," says Björn Reineke, partner at the strategy consultancy EY-Parthenon. But he remains confident. The enormous need for energy-related renovations is driving the industry in the long term.

Construction prices, which rose by 9 percent in 2021, are likely to remain high. "There's still pressure on the boiler." According to Reineke, it will not be cheaper for private builders. Skilled workers in construction remained scarce. The demand for living space is huge and residential construction is intact.

"Costs for building materials and interest are high, but projects are still being implemented." However, future projects would be calculated with a sharper pencil due to inflation and interest rate increases. However, it is not to be expected that strong new construction will eliminate the housing shortage in many metropolitan areas.

Surprisingly, only a good 293,000 apartments were completed last year - miles away from the federal government's target of 400,000 new apartments per year. Living space therefore remains a scarce and expensive commodity in many places. Helaba expert Mitropoulos does not believe in price collapses. The rising interest rates speak for a slower pace. "In our base scenario, in which interest rates do not continue to rise at this pace and the German economy does not fall into recession, a weakening of the local real estate market is much more likely than a correction. 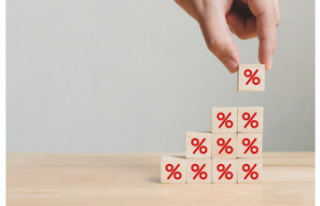