Home office record thanks to the pandemic: In 2021, every fourth person will work from home at times

Almost a quarter of all employees in Germany will be working from home at least occasionally in 2021. 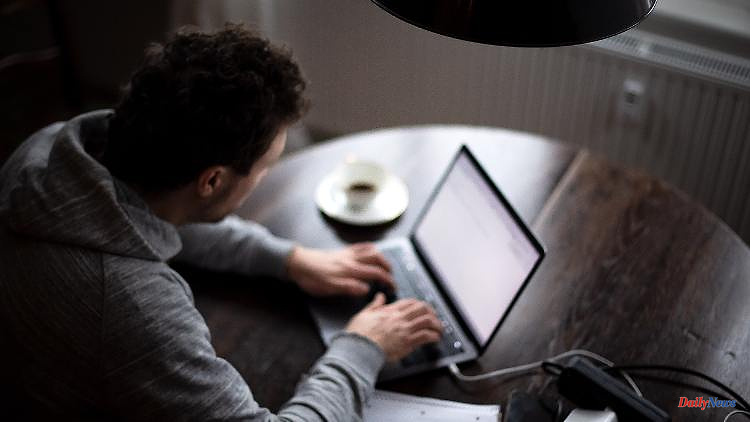 Almost a quarter of all employees in Germany will be working from home at least occasionally in 2021. The proportion has almost doubled compared to the beginning of the pandemic. Since March of this year, employees have been exempt from the obligation to work from home - they can go back to their actual workplace.

In the past year, more people have worked from home than ever before. At 24.8 percent, almost a quarter of all employed persons in Germany worked from home at least occasionally in 2021, as reported by the Federal Statistical Office in Wiesbaden. Ten percent of the employed even worked from home every working day. According to the statistical office, corona measures such as the obligation to work from home in spring and late 2021 meant that the proportion almost doubled compared to the pre-pandemic level: in 2019, 12.8 percent of those in employment worked from home, in the first corona year 2020 it already 21 percent.

The statutory obligation for employers to offer home offices expired at the end of March. According to the statisticians, in the past few weeks and months, employees in many companies have increasingly returned to their actual jobs.

Whether and to what extent employees can work mobile or flexibly from home also depends on whether they are employed or self-employed. According to the information, the proportion of employees who work from home is 23.1 percent, which is slightly lower than that of all employees.

According to the statistical office, the use of home office varies even more depending on the industry. In 2021, a good three quarters - 75.9 percent - of employees in the IT services sector worked from home. In company administration and management as well as consulting, 71.3 percent made use of the home office, in insurance, reinsurance and pension funds it was around two-thirds at 66.2 percent of the employees. In other areas, the possibility of working from home remained the exception rather than the rule, even in times of Corona. According to the statisticians, only 5.4 percent of employees in the healthcare sector were able to do their work at home. At 8.1 and 8.3 percent respectively, activities in the construction and finishing trades or retail trade were only rarely compatible with working from home.

In an international comparison, Germany was slightly above the EU-wide average with a home office share of 24.8 percent last year. In the 27 member states of the European Union, an average of 24.2 percent of all employees aged 15 and over work from home. In the Netherlands, the proportion was the highest in the EU at 54 percent. In Bulgaria and Romania, at 6.5 and 6.6 percent respectively, the fewest employed persons work from home.

The results for the Federal Republic are based on the so-called micro census. The proportions include those employed who stated that they had worked from home at least once or more frequently in the past four weeks.

1 Last attack on the record ?: Serena Williams surprisingly... 2 Gunnar Beck is not a professor: AfD politicians should... 3 Far more doses than needed: Eastern Europeans want... 4 "Much more is not possible": Sommerhammer... 5 Recipe for success bad service: "Karen's... 6 Sam strips naked on OnlyFans: Charlie Sheen is mad... 7 Against Abou-Chaker's will: Bushido's swanky... 8 Does omicron vaccine protect against BA.5?: Why the... 9 Baden-Württemberg: More than a hundred trout probably... 10 Bavaria: Bicycles worth 1.6 million euros disappeared 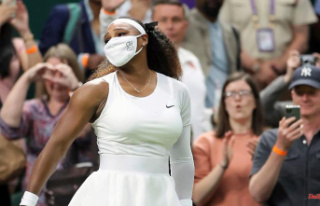