Paradoxical development: In Germany there is a lack of living space in many places, but statisticians cannot see a boom in construction. 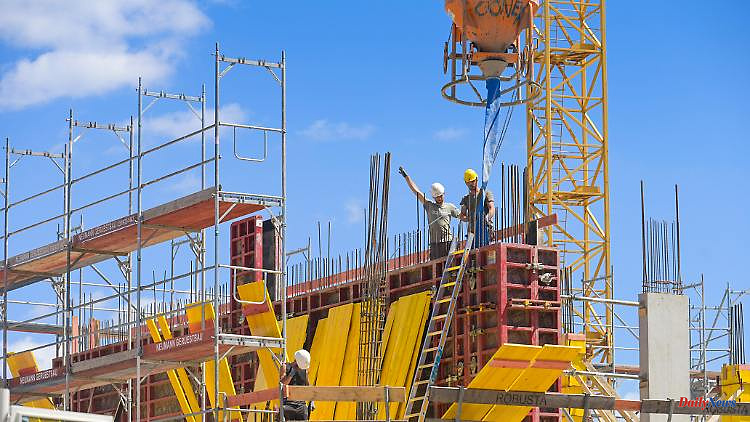 Paradoxical development: In Germany there is a lack of living space in many places, but statisticians cannot see a boom in construction. On the contrary: the authorities recently counted fewer building permits than in the previous year. Is the price pressure having an effect?

Despite the persistent housing shortage, the number of building permits in Germany is declining. According to the Federal Statistical Office, 31,688 apartments were approved nationwide in May. This means that 696 or 2.1 percent fewer building permits were issued than in May 2021.

In the period since the beginning of the year, approved residential construction projects have remained below the previous year's level: only 155,347 projects received the green light from the authorities from January to May. Compared to the previous year, this corresponds to a decrease of 1.6 percent.

According to the statisticians, the overall downward trend is exclusively due to the slump in building permits for single-family homes. Their number fell by 17.8 percent to 34,809 in the period from the beginning of the year to May.

In German residential construction, the trends seem to be fundamentally shifting: in the case of two-family houses, on the other hand, there was a slight increase of 2.1 percent. In the case of apartment buildings, the number of permits granted rose by as much as 9.1 percent. All in all

The Central Association of German Construction (ZDB) evaluated the development as a warning sign. ZDB General Manager Felix Pakleppa pointed out that the decline in building permits was even 6.6 percent after seasonal and calendar adjustments. "You have to say it so clearly: the consequences of inflation, the energy crisis and the disrupted supply chains have now reached the building."

In the past few months, fewer and fewer orders have come in and an unusually large number of construction projects have been cancelled, and now there is also the decline in building permits. Pakleppa warned that if the trend continues, there will soon be a deep dip in the construction industry.

He called for reliable funding and framework conditions for private construction projects from the federal government. "The fact that there are still no binding funding requirements for 2023 also means that many people wanting to build remain cautious."

In the past two decades, housing construction in Germany had increased significantly overall. In 2021 alone, a total of 380,736 residential construction projects were approved nationwide - significantly more than in the previous year and also more than in the previous peak year 2016. In the midst of the Corona crisis, the number of building permits issued reached its highest level since the turn of the millennium, according to figures from the Federal Statistical Office . 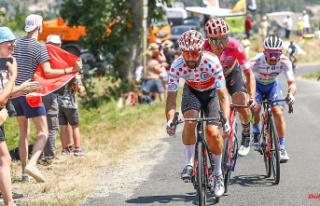 Canadian Houle races away from everyone: Geschke clings...