The global economic burdens have long since reached German companies. 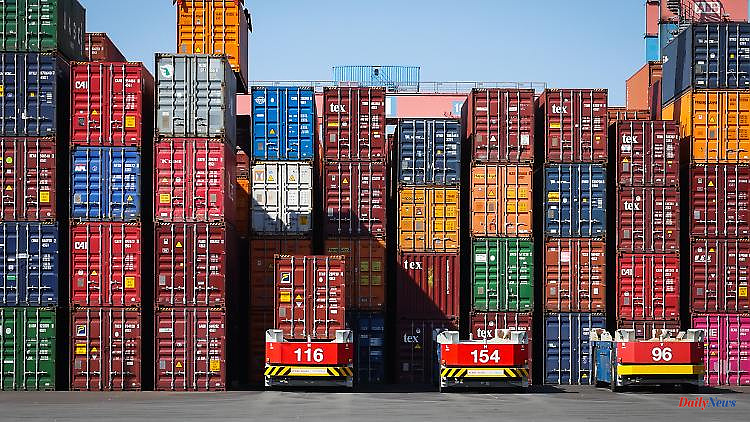 The global economic burdens have long since reached German companies. Now they are also reflected in the export figures. Sales of "Made in Germany" are falling. However, there is still a plus for the first half of the year.

For German exporters, the second half of the year began with a setback due to falling demand from the world's largest economies, the USA and China. Their exports decreased in July by 2.1 percent compared to the previous month to 131.3 billion euros, as reported by the Federal Statistical Office. Economists had even expected a slightly stronger decline after three consecutive increases. Imports also fell in July, by 1.5 percent to 125.9 billion euros. They had previously grown five months in a row.

"With its export-heavy industry, Germany feels every cough in the world economy," commented the chief economist at VP Bank, Thomas Gitzel, on the development. "It is currently navigating difficult waters: a war is raging in Europe, in Asia the restrictions associated with the corona pandemic are still affecting economic development and inflation rates are reaching dizzying levels."

ING chief economist Carsten Brzeski said in a first reaction that trade was "no longer a growth engine, but has become a stumbling block for German growth". The prospects are mixed. There is a "certain relief in the supply chains and transport costs". However, "low water levels, high energy prices and the possible fundamental change in supply chains and production processes" are clear obstacles to growth.

The demand for goods "Made in Germany" fell particularly sharply in the USA, the most important customer of the German export economy. Here, exports collapsed by 13.7 percent compared to the previous month. Exports to the People's Republic of China fell slightly by 0.3 percent. Sales to Great Britain decreased by 4.6 percent. Business with Russia fell 15.1 percent due to sanctions imposed in the wake of the war against Ukraine. Bucking the trend, exports to the EU countries grew by 1.0 percent billion euros.

Most imports came from China again, but these also fell sharply over the month - by 11.5 percent. Purchases in the US fell 7.6 percent while those in the UK increased 8.3 percent.

The mood among German exporters clouded over for the third month in a row in August in view of the global economic slowdown, as the Munich IFO Institute found out in a survey of 2,300 companies. "The companies do not expect any dynamic development of their exports," commented Ifo President Clemens Fuest on the development. "High gas prices and a weak global economic environment are weighing on the outlook." 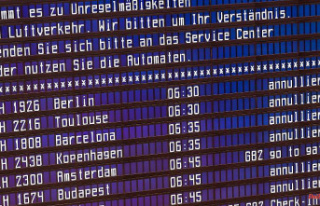