If the Kremlin turns off the tap: How long will our gas supplies last?

Russia is pumping less gas to Germany, but the storage facilities are still filling up. 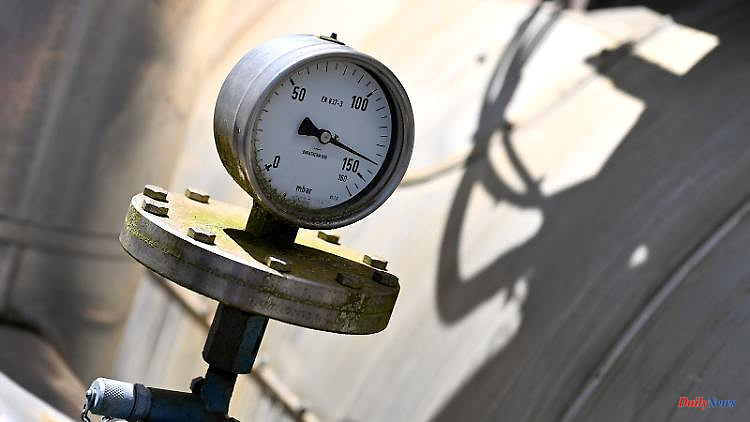 Russia is pumping less gas to Germany, but the storage facilities are still filling up. But winter is approaching, and Gazprom could stop supplying it entirely. However, there is a solution for this.

The German gas storage facilities are filling up faster than planned. But it is quite possible that the Kremlin will stop deliveries altogether. How long will the supply of households, hospitals and industry be secured? The short answer: It depends.

The long answer: According to the industry association Ines, the storage facilities in Germany can store gas with a maximum energy content of around 256 terawatt hours. This corresponds to about a quarter of the annual gas consumption in Germany (around 1000 terawatt hours). "This storage volume alone can supply Germany with gas for two to three average cold winter months," says the federal government.

The almost three quarters of the maximum storage volume currently achieved would be sufficient for six to nine weeks in winter - with unchanged consumption and only theoretically.

Because there are many factors that play a role. First of all, it is currently completely open how long and in what quantity Russia will continue to supply gas to Germany. In addition, it is completely unclear how cold the winter will be and how high the heating requirement will be. In addition, the high gas prices alone are likely to result in private consumers reducing their consumption and companies looking for alternatives or even shutting down production.

Germany has further reduced its dependency on Russian energy supplies. According to the Federal Ministry of Economics and Technology, the share of Russian gas deliveries was still 26 percent at the end of June, compared to an average of 55 percent before. If Russian supplies cease, gas from the Netherlands and Norway would continue to flow. In addition, Germany can continue to get liquefied natural gas (LNG) via existing terminals abroad. In addition, a floating LNG terminal is to be connected to the grid in Wilhelmshaven by the end of the year, and another in Brunsbüttel. Two more ships are to be used in Stade and Lubmin on the Baltic Sea. In Lubmin, another, fifth liquefied natural gas terminal is to be built by a private consortium by the end of 2022. In addition, natural gas is also promoted in Germany. The question of how long Germany could last with the natural gas currently stored can only be answered approximately.

However, Russian gas cannot be completely replaced immediately. Bundesnetzagentur boss Klaus Müller is therefore calling for savings. Germany must save 20 percent on gas in order to get through the fall and winter well. According to Müller, gas consumption in the year to date is 14 percent lower than in the same period last year.

From an economist's perspective, focusing on storage is a mistake. A group of economists came to the conclusion in a study that in the event of a complete failure of Russian gas supplies in the next few weeks, Germany would have to reduce gas consumption by around 25 percent by the end of the coming heating period in April 2023. This will also be the case if the planned liquid gas terminals go into operation as planned in winter.

"If you include the savings in gas consumption that can be achieved by alternative energy sources in electricity generation, this leaves an adjustment of around 20 percent that has to be borne by industry, households, commerce and the public sector," it continues. Such a reduction can be implemented. However, measures must be taken quickly to save gas. "The good news from our study is (...) that Germany can get through the winter without Russian gas. Scaremongering is out of place."

Meanwhile, the European Union is preparing for an impending gas emergency, the gas emergency plan to prepare for a possible stop in Russian gas supplies came into force today. It stipulates that all EU countries will voluntarily reduce their gas consumption by 15 percent from the beginning of August to March next year, compared to the average consumption of the last five years in this period. If not enough is saved and there are far-reaching supply bottlenecks, the next step can be to trigger an EU-wide alarm with binding savings targets.

In order to set an effective incentive to save, the economist Veronika Grimm calls for sales tax to be levied on the gas levy in Germany. Those who cannot bear the hardships would have to be relieved in a targeted manner. The surcharge is to be introduced in October for companies and private households and will benefit suppliers who have to buy replacement gas volumes from Russia at high prices for the lack of cheaper gas volumes. So far they have not been able to pass these additional costs on to their customers, this is to be done via the allocation.

If Russia stops supplying gas to Germany and there isn't enough gas in storage, "it won't be fun," tweeted economist Grimm. If massive savings are not made in Germany, then "everyone will be in trouble...". 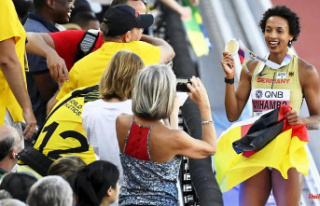 Mihambo in isolation before home EM: DLV fears for...