Impairment in the home office: Every third person complains about internet problems

A well-functioning internet connection is more important than ever during the corona pandemic. 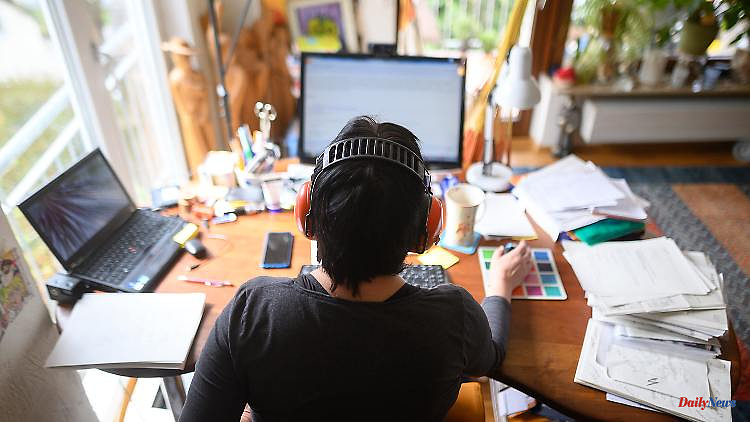 A well-functioning internet connection is more important than ever during the corona pandemic. However, many people in Germany complain about an unstable connection both in video conferences in the home office and when streaming after work.

More than a third of people in Germany feel slowed down by internet problems almost every day. This is the central result of a representative opinion poll by Yougov, which was commissioned by the Frankfurt Internet node DE-CIX. 38 percent of consumers in the Federal Republic struggle with noticeable delays in Internet use several times a week or even daily. Only 8 percent of those surveyed stated that they never experienced impairments when accessing the Internet.

In the second year of the pandemic, according to those surveyed, the quality of the internet even decreased somewhat. In a comparable survey last year, only 33.5 percent of respondents reported problems, almost 5 percentage points less than the current figure. Young adults and those working from home see themselves as the victims of the technical problems. But more than a third (34 percent) of the age group over 55 years reported in the survey that Internet connections often lagged.

Surprisingly, people in urban areas (cities with more than 100,000 inhabitants) complain a little more often about a lousy internet connection than people in rural areas (towns with fewer than 20,000 inhabitants). While 38 percent of the population of small German towns and rural areas stated that they struggled with delays when using the Internet several times a week to daily, 41 percent of city dwellers complained about a lame network. In contrast, only 35 percent of the residents of medium-sized towns (20,000 to 100,000 inhabitants) complain about the poor network quality.

Respondents most frequently find the problems after work when the video or music streaming with Netflix, Spotify, YouTube or other services is jerky (35 percent). A good fifth (21 percent) experience speed problems when working from home, for example with video conferences, webinars or using cloud applications (21 percent). But even applications that don't actually require a large bandwidth are sometimes disrupted. This includes transactions such as online banking and online shopping. Here, 18 percent of those surveyed complain about a bad internet connection.

In the survey, those affected blame external causes for the poor network quality. 41 percent named network congestion as the reason for the delays they experienced, 32 percent poor local network expansion and 19 percent said their internet provider didn't offer enough bandwidth. 12 percent suspect the reason for the problems with slow servers from content providers such as Netflix. Only 10 percent of those surveyed see the causes in their own household, such as the use of outdated laptops or smartphones.

However, experts still advise affected consumers to also look for possible errors in their own network. In large apartment buildings, many WLAN routers can get in each other's way with their radio signals. A remedy could be to connect the PC or Smart TV with an Ethernet cable, if this is possible.

In addition, users should check whether their WLAN router is not transmitting on the channel that is already overcrowded in the area. Popular routers such as the Fritzbox from AVM offer the option of automatically selecting a suitable radio channel with the "auto channel function".

If all improvement efforts do not bring the desired effect, consumers have had extended rights since December 2021. If the Internet is permanently too slow, you only have to pay for the speed that you actually get. It is also easy to switch to another provider. With a speed test from the Federal Network Agency, you can measure whether the Internet connection keeps what the provider promises. However, the test is comparatively complex. In order to get a legally secured measurement protocol, a total of 30 measurements on three different calendar days are necessary.

1 War and high energy prices: IFO lowers economic forecast... 2 Inflation gaining momentum: does the FED dare to radically... 3 Consumption. Toilet paper prices are on the rise and... 4 Collective agreement after protests: salaries in the... 5 Power plant in Western Australia: BP gets involved... 6 It matters. Tax fraud: McDonald's is paying more... 7 "I will never give up": F1 star Leclerc... 8 Arp is Munich's expensive annoyance: FC Bayern... 9 Approaching Barça: Bayern's Lewandowski no is... 10 Justice. Kevin Spacey was charged with sexual assault... 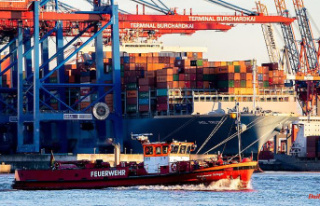