With Russian gas supplies curtailed, the urgency to save to fill storage is growing. 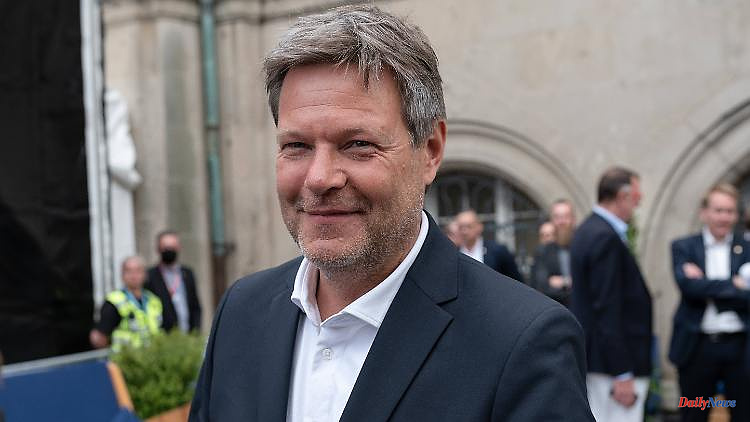 With Russian gas supplies curtailed, the urgency to save to fill storage is growing. Economics Minister Habeck now wants to react so that things don't get tight when the heating period starts in winter. Below, the industry is to be rewarded for savings. Coal is making a comeback.

Federal Economics Minister Robert Habeck wants to take additional measures to save gas and increase precautions in view of lower Russian gas supplies. The aim is to reduce the use of gas for power generation and industry and to promote the filling of storage facilities. The federal government is providing billions in funds for this, according to government circles. In addition, more coal-fired power plants are to be used.

The situation is serious, Habeck is quoted as saying in a five-page paper that was available to the German Press Agency. "Gas consumption must continue to fall, so more gas must be stored, otherwise things will get really tight in winter." The Russian state-owned company Gazprom had significantly reduced the flow of gas through the Nord Stream Baltic Sea pipeline in the past few days. This was justified with delays in the repair of compressor turbines by Siemens Energy. Habeck classified the measure as politically motivated. The tense situation and the high prices are a direct consequence of the Russian war of aggression against Ukraine at the behest of President Vladimir Putin, according to the Green politician. "It's obviously Putin's strategy to unsettle us, drive up prices and divide us."

In the past few days, the situation on the gas market has deteriorated. The missing quantities could still be replaced, and the gas storage tanks were still being filled, albeit at high prices. The security of supply is currently guaranteed. According to Habeck, gas consumption in the electricity sector and in industry should be reduced and the storage tanks should be filled: "Depending on the situation, we will take further measures."

Specifically, it is about the following plans: In order to secure the storage of gas, the federal government will soon provide an additional credit line through the state bank KfW in the amount of 15 billion euros, according to government circles. This loan has therefore been discussed with the Ministry of Finance. The budget committee is to be briefed next week. In view of rising gas prices, the so-called market area manager Trading Hub Europe THE should use the loan to obtain the necessary liquidity to buy gas and fill the storage facilities. The loan is secured by a federal guarantee. Trading Hub Europe was created through cooperation between network companies.

Habeck is also planning a gas auction model for the summer. This is intended to give industrial gas consumers incentives to save gas. In essence, it is about industrial customers who can do without gas reduce their consumption for a fee that is financed via the market - and make the gas available so that it can be stored. Trading Hub Europe, the Federal Network Agency and the Ministry of Economics want to develop a so-called gas balancing energy product for the auction model. Such a product already exists on the electricity market to compensate for fluctuations in the grid. "Everything that we consume less helps," says Habeck. The industry is a key factor in this.

Gas is important not only for heating homes, but also in industry, as a raw material for production and for energy production. As already announced by Habeck, less gas is to be used to produce electricity. Instead, coal-fired power plants are to be “more used”. A law to this effect is to be passed by the Federal Council on July 8th and then come into force quickly.

At the same time, according to the paper, the Ministry of Economics is preparing a necessary ministerial regulation to set the "gas replacement reserve" in motion. For this purpose, power plants that are already available as a reserve are to be upgraded - in order to be able to return to the market in the short term. "We will call up the gas replacement reserve as soon as the law comes into force," said Habeck. "That means, you have to be honest, more coal-fired power plants for a transitional period. That's bitter, but in this situation it's almost necessary to reduce gas consumption. We have to and we will do everything we can in summer and autumn store as much gas as possible." The gas storage tanks should be full by winter. That has top priority.

The current level of storage in Germany is around 56.7 percent, according to the latest report by the Federal Network Agency. The federal government's aim is for the gas storage facilities to be 80 percent full by October 1st and 90 percent by November 1st in order to be prepared for possible bottlenecks. According to the ministry, gas contributed around 15 percent to electricity generation in 2021, but the proportion is likely to have been lower in the first few months of 2022.

In March, as a result of the Russian attack on Ukraine, the federal government provided 1.5 billion euros for the purchase of gas for storage. In addition, the federal government had taken various other measures - such as aid for energy companies and concrete plans for the construction of liquid gas terminals in Germany. In the medium and long term, the expansion of renewable energies from wind and sun in Germany is to be massively accelerated. 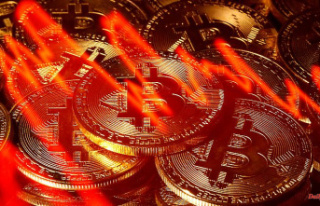