The Indian motorcycle brand Royal Enfield, which has been producing two-wheelers since 1901, is in a spirit of optimism: With the new Hunter 350, they not only want to score in the emerging markets of Asia and Latin America, but also in Europe. 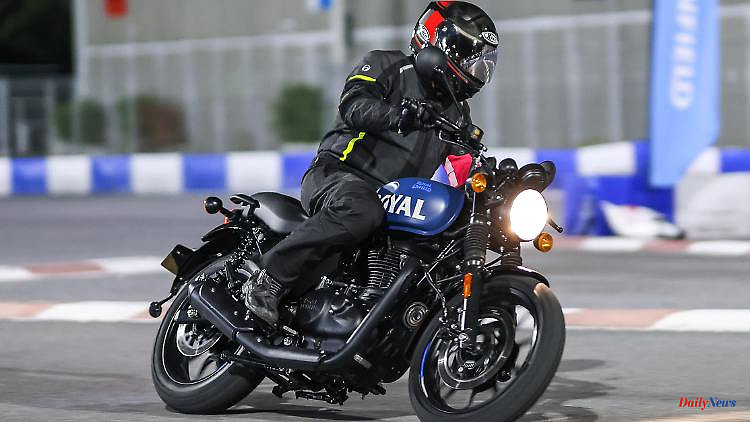 The Indian motorcycle brand Royal Enfield, which has been producing two-wheelers since 1901, is in a spirit of optimism: With the new Hunter 350, they not only want to score in the emerging markets of Asia and Latin America, but also in Europe. How does the handy motorcycle ride?

The Thai metropolis of Bangkok with its 5.7 million inhabitants never seems to sleep; Their traffic heart rate drops from 180 during the day to an estimated 100 at night. The considerations of the men from Royal Enfield for the presentation of the Hunter 350 fit: You can't experience a motorcycle more intensely than in the lively, colorful city of Bangkok, where it's all about To scan stalled, sometimes flowing car columns for loopholes and then to use them decisively.

Yes, the Hunter 350 is a manoeuvrable, agile, very manoeuvrable motorcycle that makes it easy for its rider - and of course various female riders in Europe too - to get along with him. Of course, you shouldn't be taller than 1.85 and heavier than almost 100 kilos, otherwise the proportions will no longer be right given the compactness and delicacy of the Hunter. Everything below works fine.

The Hunter is built as simply as motorcycles were in Europe in the 1960s; Lighting switch on the left of the handlebars, a lever for starting on the right. Due to the present time, a USB socket hidden under the clutch lever for the power supply of the smartphone as well as the equipment with a second, smaller round instrument, which is home to an arrow navigation with the help of the Royal Enfield app, is available for a surcharge.

An easy-to-use hazard warning system is also part of the standard scope of delivery. On the other hand, the Indian company has given itself a tachometer; an easy-to-read analog speedometer with an integrated LC display for the fuel level and the display of the five gears must suffice.

It does. Because the 349 cc small two-valve stew never leaves its driver in the dark about his condition. The long-stroke engine, homologated according to Euro 5, develops its strengths at medium and rather low speeds. Although the maximum 14.9 kW/20.2 hp is only measured at 6100 rpm, the pleasant elasticity and the torque of 27 Nm at 4000 rpm are more important. The fact that the stew turns a maximum of 7000 revs shows its potential.

Nevertheless, the Hunter 350 is extremely unsuitable for setting speed records, but it is by no means a traffic obstacle: if you are not sound asleep at the traffic light, you will have reached the other end of the intersection first and will not have to give up the lead until the next red light . We don't know yet whether the small single is good for consumption records; the homologated values ​​speak of 2.76 liters per 100 kilometers, the tank holds 13 liters.

During the six years of development of the Hunter, Royal Enfield made sure that the new world motorcycle was not too heavy. The engine takes on a supporting function, because the steel frame is open at the bottom. Not a single component is clumsy, as you can see on some new bikes from China or on Harley's ill-fated Street 750 model, which was also made in India. The reward for the effort is a ready-to-drive 181 kilograms, the payload is at least 179 kilos.

The chassis convinces with unexpectedly good comfort, is stable in curves and, as already mentioned, easy to handle. The Hunter does not have high-speed properties: According to the manufacturer, it runs at a maximum of 114 km/h. In view of this, every interested party must decide for themselves whether they want to take on this shortage management.

Pricing is likely to be important for market success in Germany and other European countries. If the manufacturer manages to price the Hunter 350 a little below the 350 Meteor (4000 euros), that would certainly help it. In any case, the customer receives a "real motorcycle" in the original sense: it can do everything that a motorcycle has to be able to do, but no more. No image, no exuberant temperament, no high-tech; It does not even have an LED headlight, which is absolutely state-of-the-art today, but an old-fashioned H4 bulb. But there is an LED rear light, classically round like the headlight.

The Hunter is just as basic as Honda's world scooter SH125. But still charming in an unfathomable Asian way. A fully-fledged motorcycle for the price of an e-bike or cargo bike - that doesn't sound bad. 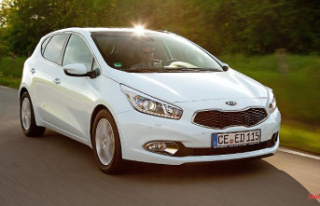