With the construction of numerous condominiums, hotels and office buildings, Shimao is one of the largest real estate developers in China. 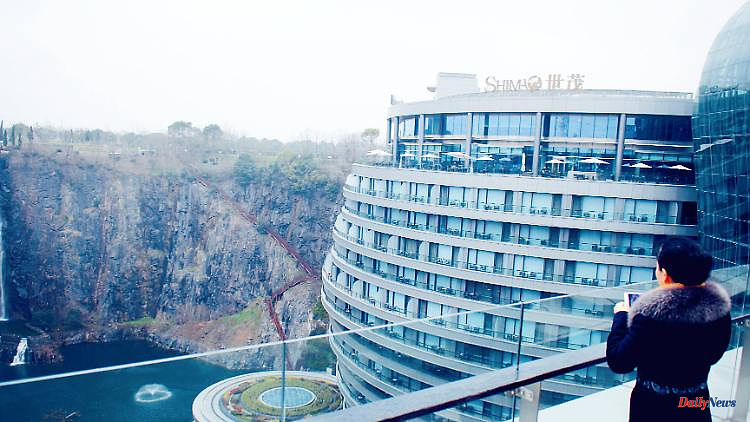 With the construction of numerous condominiums, hotels and office buildings, Shimao is one of the largest real estate developers in China. But the industry is in crisis. The group cannot repay the interest on a multi-billion dollar loan.

According to its own statements, the Chinese real estate developer Shimao cannot service the interest and repayment of a loan worth billions. In a mandatory announcement to the Hong Kong stock exchange, Shimao said real estate sales had fallen significantly due to "significant changes in the real estate sector in China since the second half of 2021 and the consequences of Covid-19". The payments for the loan of one billion dollars (958 million euros) were therefore due on Sunday.

It is the largest real estate default in China this year. The entire industry is in trouble; several other real estate developers, such as the Evergrande group, are also having problems servicing loans. Three of the five largest issuers - in addition to Evergrande, the Kaisa Group and Sunac China - have already defaulted on their dollar bonds.

In 2020, the leadership in Beijing began tightening regulation of the real estate sector to limit speculation in buildings. Shimao said the company is seeking debt restructuring and a deferral. A response from the creditors is not yet available.

The company constructs condominiums, hotels and office buildings primarily in major Chinese cities such as Beijing and Shanghai. According to financial news agency Bloomberg, Shimao was number 14 on the list of the largest real estate developers in the country last year.

Bloomberg Intelligence analyst Kristy Hung said the "contagion spread from Evergrande through Sunac and now Shimao". This increases concern that the extent of the real estate crisis in China is "beyond any imagination".

The week-long corona lockdown in metropolises like Shanghai caused Chinese real estate sales to plummet in April more than they had in 16 years. In terms of value, they fell by 46.6 percent compared to the same month last year. From January to April, the minus totaled 29.5 percent. However, the construction industry is not only under pressure because of the pandemic. The government in Beijing has intensified its campaign against speculators - also out of concern about a real estate bubble. In addition, the crisis surrounding the ailing real estate giant Evergrande has scared off many potential home buyers. They feared that their projects would not be completed. 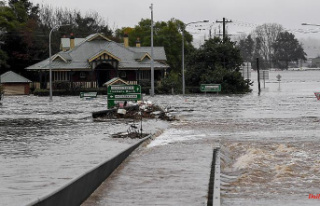