The Germans are concerned about the topic of energy. 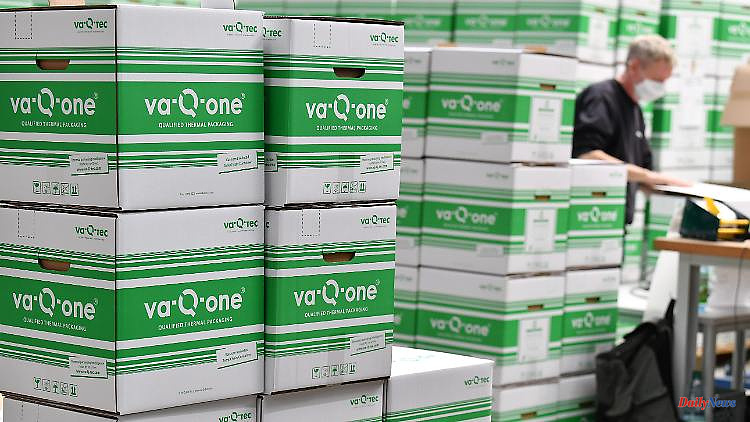 The Germans are concerned about the topic of energy. Since February 24, the main focus has been on one question: How can you save as much of it as possible when heating and cooling in order to reduce costs and protect the environment? A particularly effective method is good insulation, says Joachim Kuhn in ntv's "Climate Laboratory". That is almost always the most efficient solution. The physicist is the founder and boss of va-Q-tec and produces vacuum insulation panels. They have become known above all for the icy transport of corona vaccines, but the potential of thermos flask technology is almost unlimited, says Kuhn - whether in the house, refrigerator or heat storage. You just have to overcome one major hurdle: the high costs.

ntv.de: What does va-Q-tec mean? That's a rather unusual name.

Joachim Kuhn: That stands for vacuum, quality, technology. These three words also describe what we do. Our vacuum insulation panels insulate about ten times better than conventional insulating materials. From this we build, among other things, thermal boxes and thermal containers that can maintain a temperature for a very long time.

Such insulation measures are currently becoming more and more relevant. Please explain briefly how to insulate with vacuum.

And for those who don't know how a vacuum works: what exactly happens in the thermos flask?

The air is sucked out of a gap, it is pumped out of air. As a result, heat transfer can no longer take place via the air and good insulation is created. We do exactly the same with plates.

And that also works without a bottle?

Yes. In such a plate, however, you need a support body. Because of the vacuum, all the air pressure is on this surface. We are talking about 10,000 kilograms per square meter. You have to catch that somehow. We use a support body, around that comes an airtight vacuum envelope. Then the whole thing is produced as a record and delivered. Incidentally, many people think that the space between their windows is evacuated, i.e. there is no air. But that doesn't work because the pane would collapse.

Thermos flasks have been around for a while now. How did you come up with the idea of ​​building insulation boards out of it?

At ZAE Bayern, an institute at the University of Würzburg, we examined the physics of insulation and found that vacuum in plate form would be a great way to insulate. That didn't exist until then. The thermos flask was invented in Berlin in 1904. 100 years later we were the first to produce and sell such a record. This is technically much more complex than a thermos flask, because you may have to keep the vacuum in these plates for many decades. But we can do that.

And that pays off for va-Q-tec?

Just take a look. This year, just in time for our 20th anniversary, we exceeded the 100 million euro mark in sales. We hope that we can continue to grow in the next 20 years.

How much of this turnover was Biontech responsible for? That must be your best-known customer.

I can't talk about individual customers and I can't confirm that. We have many customers from the pharmaceutical and biotech industry and in general earned 20 percent of our turnover last year with the transport of corona vaccines. We have worked on a large scale for virtually every global vaccine manufacturer. In some cases we have certainly carried out half of the international vaccine transport in our boxes and containers.

But you became known to the general public through your collaboration with Biontech, because that was the big problem at the beginning of the vaccination campaign: the vaccine has to be transported at extremely low temperatures. How do you get that?

Of course, we played our part in the international vaccination campaign because we used our insulating panels to build boxes and containers that can maintain a constant temperature for five to ten days, no matter which one: room temperature, cool like in a refrigerator, 5 degrees, minus 20 degrees , minus 40 degrees, minus 60 degrees or even minus 70 degrees. That's all possible. In the case of vaccines, the low temperatures were particularly in demand. Contrary to popular belief, they were only transported on long routes. The temperature for the last mile was 2 to 8 degrees because the vaccines are administered at this temperature.

And that wouldn't have worked with other cool boxes?

This technology has been around for 15 years, but at the beginning of the corona pandemic we were almost the only ones who could implement it cleanly. Before us there were no cool boxes that could keep such a low temperature constant over a long period of time - completely self-sufficient, i.e. without any energy supply during transport. That is why many vaccine manufacturers have come to us. It's different now, of course, because this technology was in high demand.

What happens if you use other boxes instead of yours? Maybe this classic styrofoam box from the supermarket if you fill it with dry ice? Or that cool box that you take to the lido?

Neither of these are alternatives, no matter how much dry ice you put in. You cannot keep the desired temperature with it for five to ten days. In Bavaria, four camping boxes were initially used for transport and this led directly to breakdowns.

We are currently finding that good insulation is not only important for medicines, but also for saving energy. You say there is huge untapped potential?

Yes. Vacuum insulation panels not only work very well as a thermal box, but also in many other applications. For example, there is a large market for refrigerators and freezers. If you want to advance into high efficiency classes, this is actually only possible with vacuum insulation panels. If you own an AAA-rated fridge, you probably already have va-Q-tec panels in your kitchen.

The situation is similar with the hot water tank in the boiler room. These too are now often insulated with vacuum in order to use as little energy as possible. Typically, the efficiency in the refrigerator or water tank increases by 50 percent, so you use 50 percent less energy. That's huge. We're present in all of these thermal areas, trying to bring our technology to bear.

Does that also work with houses in winter? 50 percent less gas consumption for heating sounds tempting.

We can also insulate houses, but that also works wonderfully with conventional insulating materials.

It's probably a question of price?

Yes. Our panels are three to four times more expensive per square meter. If you only look at the efficiency, you will end up paying less. In any case, our panels can be used well in house construction.

Even in large office buildings?

Of course, this is also possible in large office buildings or high-rise buildings. The Grand Tower in Frankfurt is the largest residential building in Germany. We insulated entire areas of the façade that are not transparent, i.e. made of glass, with vacuum insulation to gain space. In the end, this leads to enormous savings calculated for the entire building. Although you use the more expensive insulation material, you gain a lot of space and at the end of the day you have a more positive energy balance.

How good are we in Germany at the moment when it comes to insulation?

The potential is almost unlimited. You can insulate all properties, houses and rooms. There's still a lot that can be done.

Does that mean it hasn't been done before? Was the energy too cheap and people said insulation wasn't that important?

Exactly. Insulation has often not paid off in the past because energy prices were so low. If that changes, they'll have to recalculate for each area. In many cases, this will clearly go in favor of the insulation. Whether it's a house or a refrigerator, insulation is always the most efficient solution.

If you wanted to tackle this on a large scale in the building sector, what schedule are you talking about? A few years probably won't be enough, right?

When it comes to the building stock, we are talking about decades. The craftsmen alone have limited capacities. You need the materials for that. That goes through. We're not talking about a quick fix, but that goes for other solutions as well.

What materials are your panels actually made of? You said earlier that you have to endure incredible forces to be able to hold this vacuum.

In many cases we use a silica material. This is very, very fine sand with the chemical formula SiO2. This is the same as that of sand or glass. This micro-sand is pressed into slabs and serves as a support body.

Is this a difficult raw material that is no longer so easy to obtain? This is a huge topic in the construction industry. There were reports of sand wars and a sand mafia.

Silica is a manufactured sand that is not mined, if you will. This micro sand is created during the manufacture of other products. For example in the production of solar cells, to name a process.

So these are leftovers you're working with?

I wouldn't call it leftovers. It's a by-product. That too has its value and costs something.

Can that be reused?

With us, all materials and all panels can be recycled, these are valuable materials. We are happy when it is returned from a used refrigerator.

And you could also take these insulation boards back and install them in other buildings?

If you send them back, we can recycle them very well and reuse over 90 percent for new records.

Will that also be done?

This is still a fairly young business field. We have only been supplying the building for a few years. There's not a lot of recycling there yet. In the other areas yes.

In your opinion, what are currently the biggest hurdles when it comes to insulation?

The hurdle is always the price, even with conventional insulation. If you want to insulate the entire building, it costs tens of thousands of euros. Of course you have to finance it. And as I said, when it comes to narrow spaces or niches, in the super insulation, it costs three or four times as much per square meter. But this also solves many problems and has many advantages.

Is there an area where you say we absolutely have to go there? Super inefficient insulation there?

Refrigerated vehicles are very difficult to deal with energy.

The vehicles that deliver frozen food?

Yes, frozen goods or just chilled goods. These vehicles only get their approval with a lot of little tricks. There are conditions for that. Under normal circumstances, they would urgently have to be insulated better. Mainly because the range of refrigerated goods is increasing more and more. There is an urgent need for action by the legislature. It is currently the case that refrigerated trucks, which are no longer allowed to drive in France, are used in Germany instead. This is an industry that you really have to say: The possibilities are there, change that.

Clara Pfeffer and Christian Herrmann spoke to Joachim Kuhn. The conversation has been shortened and smoothed for better understanding. 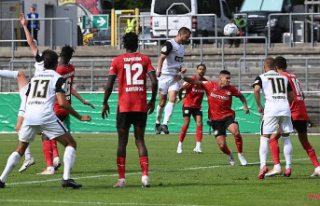 HSV has to sit in detention in the DFB Cup: Third...