Interview with Frank Thelen: "I can understand the frustration"

A year ago, Frank Thelen launched his 10xDNA fund. 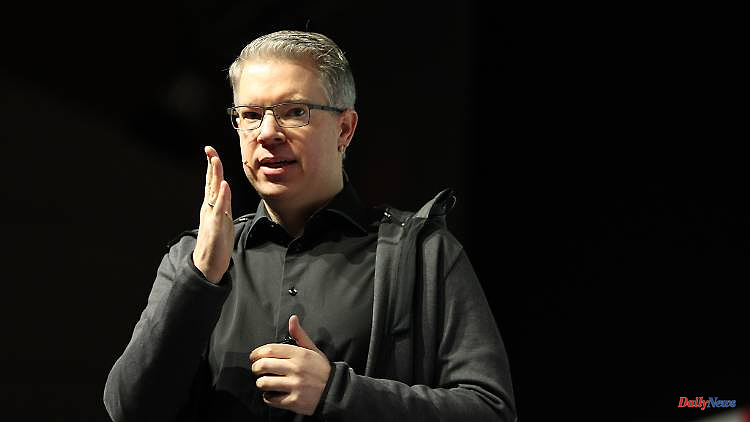 A year ago, Frank Thelen launched his 10xDNA fund. So far it hasn't gone as hoped. "I am convinced that we will deliver good returns in the coming years," says the investor in an interview. ntv.de talks to Thelen about irrational markets, start-up financing and what his wife thinks of the fund's performance.

ntv.de: Your 10xDNA fund didn't really go smoothly. The fund has been around for a year and has lost around 35 percent in value. At the start, they promised to have roughly tripled the money in four to eight years. Does that still apply?

Frank Thelen: Those were my personal expectations and I stick to them. I put ten million euros into the fund. My wife is also invested there. The start was less than ideal, coinciding with a historic sell-off in growth stocks. Apart from cryptocurrencies, our portfolio consists 100 percent of such stocks. Fast growing companies are in our DNA. I am convinced that we will deliver good returns in the years to come.

What makes you so optimistic?

The companies and the entrepreneurs. You only have to look at how the companies in our portfolio have developed. That's a great overall performance that's not reflected in the stock prices at all. Overall, the fundamental data - such as sales figures, margins, research and development results - are even doing slightly better than we expected.

Does this mean that the market is wrong and completely underestimates the potential of the companies your fund has invested in? That would mean that even Tesla is undervalued. Do you actually still see exponential opportunities for the meanwhile established e-car manufacturer?

Absolutely. Otherwise Tesla would not be part of our portfolio and would not be our largest position. Tesla is not only the world's most profitable automaker and, in our estimation, on track to become the world's largest automaker. Tesla has revolutionized car production and can produce cheaper and faster than the competition. What Apple has achieved with the smartphone and Google with the search engine, Tesla can achieve in the automotive market. In addition, Tesla is on the way to becoming a multi-tech company with the energy sector, AI platforms and its own chips. So there's still a lot of room for improvement in the company's valuation.

The market doesn't reflect that.

The market is not always rational. Even at Amazon and Google, which are developing well as entrepreneurs, the stock market value has fallen. The changed macroeconomic environment is often cited as an explanation...

Yes. But the environment doesn't really explain the price development. There are tech companies where we cannot explain the rating. One example is Baidu from China, which operates the leading search engine there, among other things.

Small investors have invested in your fund who have now - at least on paper - lost a lot of money. Do you understand their frustration?

Yes, I can understand that. I can understand being angry about book losses. What I have a little less understanding for: when investors have sold. Then it was really unfortunate because we either didn't communicate well enough how this product works. We have repeatedly emphasized that this is a long-term product with high volatility. Or individual investors had to sell because they need more liquidity than planned in the current environment. Then that's a pity. This product requires patience. The fund is intended as a satellite in portfolios, as a kind of high-tech module.

Against this background, wouldn't it be better if investors put their money directly into a cheap ETF that stubbornly tracks indices? Tech indices like the Nasdaq 100 have lost significantly less than your fund.

The exciting question is: do we still need actively managed funds at all or can investors cover everything with passive, broadly diversified ETFs? My answer is: Both make sense and have their place in a diversified portfolio. Our fund has a right to exist because it has a very special approach, which we also openly communicate. We can - hopefully - assess disruptive technologies better than others can. We come from software development and have developed batteries and energy storage systems ourselves with start-ups. We have decades of real-world experience with disruptive companies that we have built. Now we have to show that we can put together better portfolios than an ETF. I think active fund managers have a bright future. But there will be less than before because it's really difficult to beat the market. I am convinced that we can do it.

You mentioned your wife, who also invested in the fund. Haven't you ever had to listen to the criticism at dinner: Frank, the fund's performance is really not good?

I've been managing part of my wife's liquid assets for a long time. The fund arose from the idea that I would transfer what I learned as a venture capital investor to the public market. So far my wife has been quite happy with the returns. Market phases like this are simply part of it. We've seen those before too. So my wife is very relaxed.

Rising interest rates, high inflation, weak economy. The environment for startups has become difficult, including in Germany. In the days of easy money, investors pumped big bucks into startups to fund rapid growth, hoping that those companies would eventually become dominant enough to be profitable. The times have changed. Suddenly startups are under pressure to get their costs under control as quickly as possible. In your opinion, is a startup dying?

This does not only apply to startups. We are already seeing that traditional companies are also going bankrupt. Such a phase involves companies disappearing.

What does that mean for your company Freigeist, which invests in startups?

We continue to see the opportunity and the need to finance bright minds. It's getting harder to collect money. But we see that as a sport. For example, we are now not only working with venture capitalists, but are increasingly approaching successful entrepreneurs who have cash and asking them whether they would like to invest. One or the other startup may place more value on becoming more profitable more quickly than before. There are changes - but overall they are quite healthy. 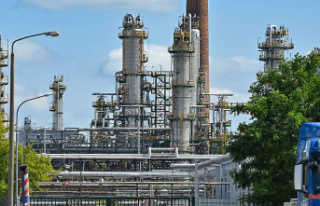