Interview with Messe boss Köckler: "The most political fair I've ever experienced"

After a two-year pandemic break, the Hannover Messe took place again on site, but with significantly fewer exhibitors and visitors. 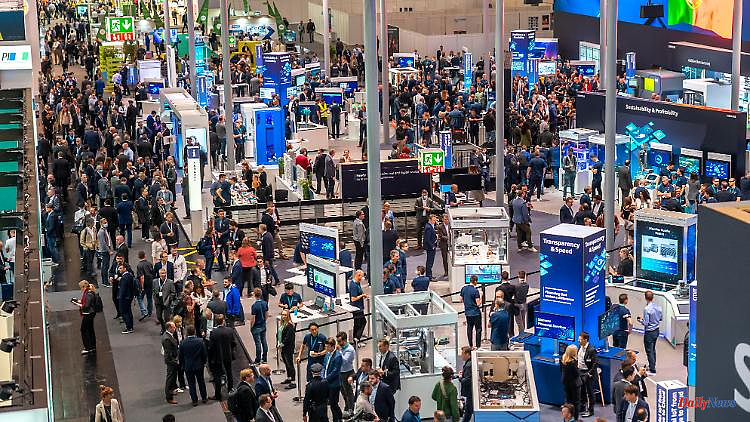 After a two-year pandemic break, the Hannover Messe took place again on site, but with significantly fewer exhibitors and visitors. Nevertheless, Deutsche Messe boss Jochen Köckler is counting on growth - even if war and crises make for smaller stands.

The big trade fairs are back: After two years of pandemic and the cancellation of numerous events, Germany is experiencing a series of big events. "Throughout the summer there is a concentration of trade fairs that I have never experienced before," said Jochen Köckler, head of Deutsche Messe, in the podcast "The Zero Hour". The density is triggered by many shifts. Even if the trade fairs appeal to different audiences, "let's all take a little bit of the cake," Köckler admitted. "But in hindsight, it made a lot of sense not to really get started until May."

Around 2,500 exhibitors and 75,000 visitors came to the Hanover Fair, the largest capital goods fair in the world, by the beginning of June - in 2019 there were still 6,500 exhibitors and 215,000 visitors. One reason for the significantly smaller number was that companies from China in particular were hardly represented due to the lockdowns there - only around 90 instead of 1300 exhibitors as in 2019. "The second reason is a high level of uncertainty," said Köckler. "It's the same for us privately, when we look uncertainly ahead and don't know exactly whether we can book a vacation. Then we hold back for the time being."

Nevertheless, he was optimistic: "We want to grow again, that's clear," said the trade fair boss, who has been working in the industry for over two decades. That is also the feedback from customers. "In the long term it is relevant for us that the Hannover Messe remains the world's most important industrial fair, where the innovations are, where there is the interface to politics. Whether there are 5,000 exhibitors, 10,000 or 4,000 is less important than us have the relevant brands that provide impetus for the future."

He felt that this year. "This is the most political trade fair I've ever experienced," said Köckler, who has headed the company since 2017. For top politicians, Hanover was not a mere must - as debates on the mega-topic of hydrogen had shown.

The figures from this year corresponded to his expectations, as Köckler said. You can see that “the trade fair format has survived the pandemic”. In 2020 and 2021, Deutsche Messe tried to compensate for the empty exhibition halls with hybrid events and streaming - but the Corona crisis left its mark on the business figures: by 2019, annual sales were well over 300 million euros. In 2020 it fell to just under 100 million, the loss was 83 million euros.

It is clear to Jochen Köckler that the Hanover Exhibition Center is still a long way from reaching the occupancy figures of the past: "We have gone through a deep restructuring, our company has not had that in 75 years," he said. He wants to continue investing in digital formats: In future it will be even more about interaction, that real business transactions can also be concluded digitally - which is one of the core promises of his trade fair.

In addition, the organizer wants to organize trade fairs more frequently than in the past. "The times when we were able to present our company economically at two trade fairs are over," says Köckler. "We definitely want to do trade fair business all year round." 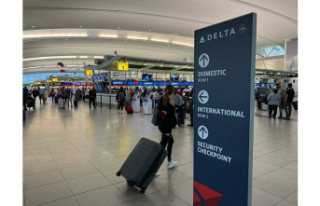 Covid-19. United States: Sunday marks the end of the...