Iran knows all the tricks: how Russia can circumvent the sanctions

Even President Putin has to admit that there are economic "difficulties" in Russia because of the sanctions. 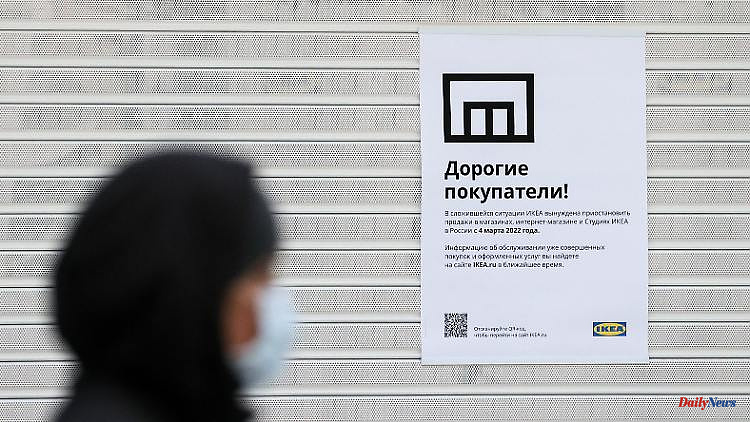 Even President Putin has to admit that there are economic "difficulties" in Russia because of the sanctions. The domestic automotive industry in particular is suffering because components from Europe are missing. Moscow wants to change that. Iran serves as a model. China should also help.

The Russian economy is doing great, President Vladimir Putin tried to convey this impression in a virtual government meeting last week. According to Putin, unemployment figures reached an all-time low in April. In May, the number of unemployed fell again. And the ruble? In the meantime it was worth as much as it was four years ago.

But even the Russian president has to admit at the meeting that there are certain "difficulties". Putin doesn't want to say what those are - he can describe sanctions just as well as aggressive wars. However, he does mention a few problem areas.

The automotive industry in particular is suffering. Almost all factories are closed because manufacturers like Avtovas have been missing important components for weeks, which they received from European partners like Renault before the attack on Ukraine. The steel industry is also facing problems. In the virtual session, Putin therefore instructed his government to help companies and consumers. At the turn of the month, Russia had already increased pensions, the minimum wage and the pay for soldiers in order to cushion price increases.

The money for such measures is available. The income that Russia generates with oil and gas is bubbling up. So far, Russian energy exports have not been affected by European sanctions. And yet the situation is problematic due to a phenomenon that the economist and Eastern Europe expert Anders Aslund described in an interview with "Capital": "Russia gets money, but can't buy anything with it."

A point of view that also represents the Federal Minister of Economics Robert Habeck: Anyone who only looks at the oil and gas income is misjudging reality, he said in the Bundestag at the beginning of June. "The Russian economy is collapsing. Exports to Russia are falling dramatically."

Things are looking bleak for the Russian economy, even if the oil billions are flowing. Because apart from oil, natural gas and agricultural products, almost all other goods are imported. Once the industrial warehouses are empty, the Western import bans take full effect - and almost all industries are affected.

For example, Russia is no longer allowed to buy dual-use goods in Europe and the USA that could be used for both civilian and military purposes. Components and spare parts for the aviation and oil industries are also blacklisted. Just like semiconductors, a key technology that can be found today not only in computers, smartphones and cars, but also in every other major modern product such as airplanes, rockets, refrigerators and washing machines.

Russia is entering an economic age that Iran knows best. Because until the Russian attack on Ukraine, the Islamic Republic on the Persian Gulf was the most sanctioned country in the world. They, too, are only allowed to import a few goods or components from Europe, the USA and many other countries.

For this reason, for example, old airplanes are cannibalized in Iran. With the captured components, if they fit, newer machines are serviced and repaired. Presumably a role model for Russian aviation: In April, the low-cost airline Pobeda announced that it would shut down 16 machines and reduce its fleet from 41 to 25 machines - in the hope that the spare parts would then last until the end of the year.

The situation is similar with other electronic goods and yet there are rows and rows of shops in the center of Tehran selling smartphones from Apple and Samsung or televisions from Sony. Some of the companies even operate their own shops. In a posh shopping center, the Russian journalist Alexei Pivovarov even came across what was supposedly an official Apple Store. He traveled to Tehran with a camera team to find out what life is like in a rogue state - and to find out why, despite sanctions, iPhones and Coca-Cola can still be bought.

The answer is copyright. The Iranian state abolished this after the sanctions were introduced. Subsequently, Iranian traders could simply take over the former businesses of Western companies or adorn their own with the appropriate logos. In many cases they still offer original goods. The mostly used smartphones or computers usually get into the country and the displays via dark channels.

It's the same with Coca-Cola. The red cans are even filled in Iranian factories, but presumably not with cola according to the original recipe. is this legal Not from a western point of view, but nobody in Iran is interested in that. Why should it? Most of the sanctions have already been imposed. This is probably why Russia is taking a similar approach: in early March, the Russian government legalized theft of intellectual property.

Elsewhere, too, the Russian state does not seem to be idle in order to circumvent sanctions. For example, the Ulyanovsk armaments factory is said to have tried to smuggle urgently needed components for its rockets, which come from Germany, into the country via Kazakhstan. This plan is said to have failed because, according to unconfirmed reports, the production costs "would have increased significantly and would have exceeded the available budget" due to the new, longer delivery route.

A problem that will eventually spill over from industry to the general population - not just in the case of consumer electronics or high-tech goods, as political scientist Alexander Libman from the Free University of Berlin explained to ntv. The shortage will also affect everyday goods, he says. "For example, almost 90 percent of cosmetics in Russia are made from imported components. Nails are imported. Some paper too, which is why books and newspapers are now becoming significantly more expensive."

Russia will continue to try to import prohibited goods from abroad - also with the help of so-called front organizations, as American government officials suspect in the "New York Times". These are front companies in other countries that order the necessary components for their Russian clients and then bring them to Russia illegally. In this way, the country already avoided import bans after the annexation of Crimea in 2014, it is said.

According to the "Washington Post", the Russian government is said to have asked for financial and technological support, i.e. goods and components, in China, but did not receive it. Apparently, the Chinese leadership still fears the Western sanctions so much that several Chinese companies - especially in the tech sector - were even allowed to stop doing business with Russia so as not to violate them.

For the time being, the Russian leadership is left with the classic international sanctions trick: oil tankers are sent out to sea, switch off their tracking transmitters, load the oil onto another tanker, and then nobody can say with certainty where the oil comes from. The money will flow despite the European oil embargo. The question is: can Russia buy something from it in the future?

1 Cross-country / Cycling World Cup: Imperial Loana... 2 Novel "Gravity of Tears": What we lose when... 3 95 years of Volvo: Almost a century full of treasures 4 Pollution. In the Alpes-de-Haute-Provence, air quality... 5 Automotive. Latil and Gosselin are among the top 20... 6 Five Questions about the Death Penalty for Foreign... 7 "The chancellor must deliver": what Scholz... 8 Mecklenburg-Western Pomerania: Young man hits children... 9 Bavaria: Opponents of the summit criticize the policies... 10 Mecklenburg-Western Pomerania: Rügen Bridge free... 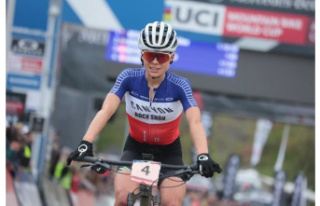