"It's a nightmare": US Federal Reserve swings the interest rate club

Inflation in the US seems to be here to stay. 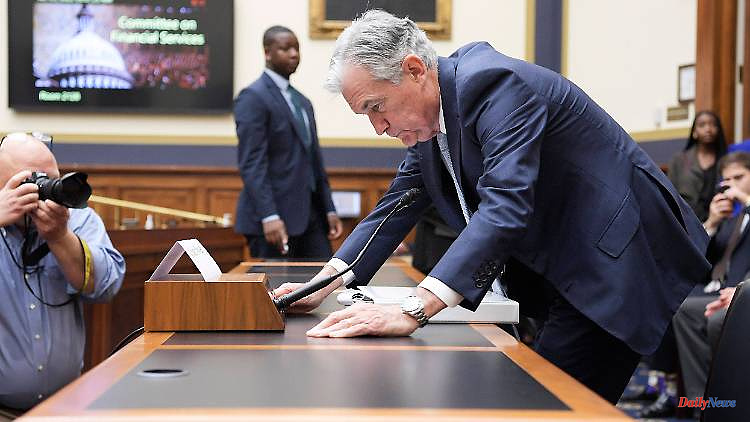 Inflation in the US seems to be here to stay. The US Federal Reserve is therefore facing the next jumbo rate hike. And more will probably have to follow.

The most powerful central bank in the world has a tough opponent: Despite aggressive interest rate hikes, the US central bank, the Fed, cannot get the high inflation under control. The central bankers will therefore probably have no choice but to continue raising interest rates sharply at tomorrow's meeting. The only question is how strong.

Most analysts expect the key interest rate to rise by a whopping 0.75 percentage points for the third straight month, reaching the 3 to 3.25 percent range. Some even expect a full percentage point increase. The Fed hasn't hiked rates that much since it began using interest rates as its primary tool in the early 1990s.

This shows how big the Fed's problems are. In March, she said goodbye to years of zero interest rate policy in order to bring inflation under control with a series of interest rate hikes. Recently, the price pressure has eased further, but not as significantly as hoped. In August, the inflation rate was 8.3 percent, only slightly below the July level. "The August inflation report is a nightmare. That means a 100-point rate hike is definitely on the table," said Diane Swonk, chief economist at consultancy KPMG.

The Fed is aiming for annual inflation of 2 percent as the ideal value for the economy and, despite the recent decline, is still a long way off. She is determined to prevent the expectation of sustained high inflation from becoming entrenched in American minds and the Fed from losing credibility.

Against this background, the central bank fears that a dangerous wage-price spiral is starting to set in motion: employees are pushing through very high wages because they assume that inflation will not return to the green zone in the foreseeable future. Companies raise prices to compensate. As a result, the general price level continues to rise, creating a chain reaction. In the USA, the conditions for this are in place. The unemployment rate is low, consumption is stable.

Although the economy is weakening, it has recently developed better than expected. After a decline in economic output at the beginning of the year, gross domestic product (GDP) also shrank in the second quarter. Extrapolated for the year, the drop of 0.6 percent was not as strong as reported in an initial estimate.

The situation is also so complicated for the Fed because inflation is also being fueled by factors over which it has no control: Russia's aggressive war in Ukraine is making energy more expensive. The tough lockdowns in China are repeatedly disrupting global supply chains, causing bottlenecks and thus leading to higher prices.

In addition, interest rate increases affect prices with a time lag - the rule of thumb is between 12 and 18 months. In the worst-case scenario, the Fed's rate hikes will only have a full impact when the economy is already in recession.

Apparently, the central bank is now trying to make up for omissions because it was very hesitant about the turnaround in interest rates despite the sharp rise in inflation, said Commerzbank economist Bernd Weidensteiner. By the end of the year, the Fed is likely to raise the key interest rate to a level of 4.0 percent. "The more restrictive monetary policy will probably trigger a recession in the USA at the beginning of 2023. However, this is likely to be moderate," is the economist's forecast. Investment strategist Brian Jacobsen of wealth manager Allspring points out that the markets are now speculating whether the Fed could even push interest rates to 4.5 percent in the current tightening cycle.

Fed Chair Jerome Powell has described key interest rates of 3.0 to 3.5 percent as a "moderately restrictive level", with the economy already slowing down slightly. According to Fed Director Chris Waller, however, it will not stay that way: the key interest rate must rise to a level that significantly curbs the demand for goods in the economy. The Fed is ready to take decisive action to bring inflation back to the 2% target.

The economists at BayernLB expect that the Fed representatives will strike "unisono restrictive tones". This is also to dampen speculation that the central bank could make a monetary policy shift in 2023 and reconsider its tightening policy. DWS economist Christian Scherrmann assumes that the Fed will not signal a cut before 2024. Powell recently reiterated that the Fed's job is not yet done. History serves as a cautionary tale not to ease monetary policy prematurely. 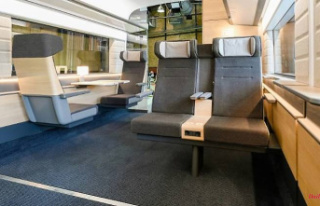