In order to protect drinking water, less liquid manure should actually be used on the fields. 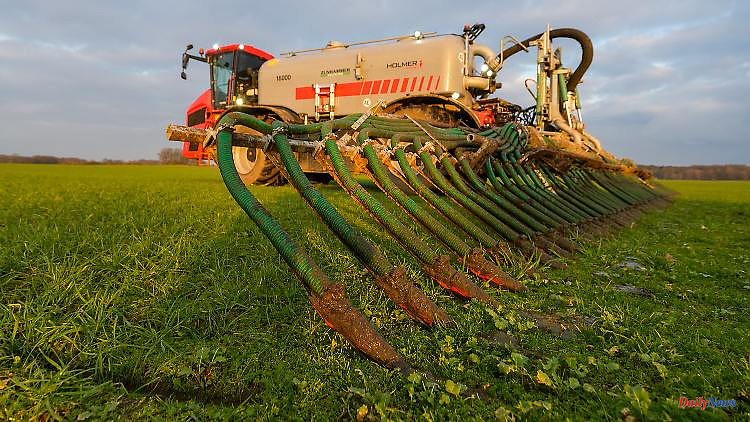 In order to protect drinking water, less liquid manure should actually be used on the fields. But the gas crisis is not only driving up energy prices, but also those for artificial fertilizers. The natural option is therefore in demand again. But the amount of liquid manure is not only limited, it has also fallen.

The partly unloved liquid manure as a residue from animal husbandry is experiencing a new boom due to the gas crisis. In view of rising prices for artificial fertilizers, manure is in high demand again, according to the German Farmers' Association (DBV). Artificial fertilizer has not only increased to three to four times the price of the previous year, but is also difficult to obtain. "When mineral fertilizers become more expensive and scarce, all organic nitrogen sources gain in value and attractiveness," said DBV General Secretary Bernhard Krüsken.

There is movement on the liquid manure exchanges. These bring together farmers with liquid manure and colleagues with a corresponding need. "Slurry exchanges are registering higher demand. This is also reflected in the fact that sales prices are rising and slurry is sometimes transported over longer distances than before." However, not everyone can be served with this, the amount of liquid manure is limited - and has also fallen with the decline in animal husbandry. Liquid manure fertilization as part of the circular economy makes sense because the mineral nitrogen fertilizer it replaces is produced with a great deal of energy or gas.

Krüsken warned of a shortage of artificial fertilizer, for the production of which gas is absolutely necessary. "We were still reasonably adequately supplied for this season, but we are worried about next year," said Krüsken. "If the mineral nitrogen fertilizer fails severely next year, then we will see lower harvests."

If the fertilizer is halved, 20 to 25 percent lower yields can be expected. "When we talk about winter and the distribution of gas, we also have to keep in mind that fertilizer is responsible for the food supply." Around 2.5 million to 3 million tons of pure nitrogen are applied to Germany's fields every year, half of which comes from artificial fertilizers. This cannot be offset by liquid manure, compost and biogas fermentation residues from the biogas plant. 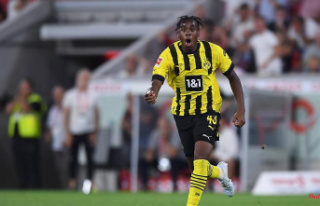 In the footsteps of Jadon Sancho: Young star Bynoe-Gittens...