Largest memory is empty: how Rehden becomes independent of the Russian gas

Germany's most important gas storage facility in Rehden is almost empty because Gazprom has only been supplying small quantities for months. 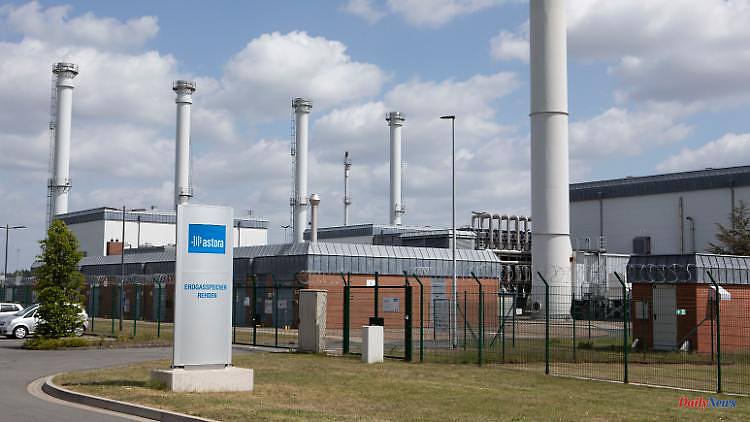 Germany's most important gas storage facility in Rehden is almost empty because Gazprom has only been supplying small quantities for months. The federal government's hands are tied for a long time. But little by little, Economics Minister Habeck regained control of the deposit. An overview.

Why is the Rehden gas storage facility so important?

Germany's largest gas storage facility is located between Bremen and Osnabrück in Rehden in Lower Saxony. With a capacity of 3.9 billion cubic meters, the underground giant accounts for a fifth of Germany's storage space. For comparison: That corresponds to the annual consumption of around two million single-family homes. Several natural gas pipelines flow together there, including the NEL pipeline that transports gas from Russia to Rehden.

Who owns the gas storage facility?

For a long time, the German chemical giant BASF produced gas in Rehden. Gradually, however, Gazprom pushed into the business, and in 2015 the Russian state-owned company took over the entire storage facility. The operator is Astora, itself a subsidiary of Gazprom Germania. Ironically, Rehden, the cornerstone of German gas supply, has been in Russian hands since then. Even then there were doubts about the deal on the part of the Greens, for example, in the black-red federal government confidence in Russia as a supplier prevailed.

Where is the problem?

In fact, the gas arrived reliably in Rehden for a long time. In the middle of last year, however, Gazprom suddenly stopped filling the deposit as usual. Experts suspect that this was an early means of exerting pressure on Putin, who was to attack Ukraine just a few months later. Since then, the utilization has decreased, the memory is currently almost empty with a capacity of two percent. At the latest when war broke out, Rehden finally became a symbol for Germany's dependence on Russian gas - and due to its yawning emptiness it got the federal government into political trouble.

How is the federal government countering this?

Federal Minister of Economics Habeck set himself the task of regaining control of the country's largest storage facility. A first step was the decision in April to appoint the Federal Network Agency as trustee of Gazprom Germania. Although this gave the federal government control over the operator, the rights of use remained with Gazprom Export in Moscow. And they showed no ambition to increase gas supplies beyond the absolute minimum. In order to close this gap, the federal government passed the Gas Storage Act. It sets fill level specifications for Rehden on annual key dates. On October 1st it should be 80 percent, on November 1st 90 percent and on February 1st 40 percent. If Gazprom Export does not meet these requirements, and this is what it looks like, other sources can now import the data.

What is the new regulation about?

In order to ensure the specified filling of the gas storage facility, Habeck launched a ministerial regulation on Wednesday. "Since the storage levels of Germany's largest gas storage facility in Rehden have been at a historic low for months, it is necessary to act quickly," said the Economics Minister. The market manager for the German gas market, Trading Hub Europe (THE), based in Ratingen, is therefore authorized to tender for the required filling quantities. THE can also purchase and store gas directly - and should start doing so as soon as possible by decree.

It is still unclear where the required gas will come from. Greater use of LNG liquefied gas would be possible. Imports from neighboring European countries could help here in the short term. This, in turn, is significantly more expensive than Russian gas, and consumers would presumably bear the additional costs. One thing is certain: Large quantities of gas must flow to Rehden again as quickly as possible in order to ensure security of supply. Although the German natural gas storage facilities are well filled overall, the level is around 48 percent well above the previous year's level. But if the largest German gas storage facility is still empty, there is a risk of a bottleneck in winter.

1 Uncertainty in the portfolio: how to deal with Russian... 2 War goals in Ukraine: what do the Russians want, what... 3 Cognin/Jacob-Bellecombette. He is irritated by the... 4 Formula 1. 26 years ago, Jean Alesi beat Michael Schumacher... 5 Bavaria: Erlangen Bergkirchweih for the first time... 6 North Rhine-Westphalia: fire brigade freed workers... 7 Down $8 million: Amber Heard can't pay damages 8 UNITED STATES. Johnny Depp-Amber Heard trial - a verdict... 9 Swiss. In Geneva, there was a sharp increase in the... 10 Chief physician explains the background: Women are... 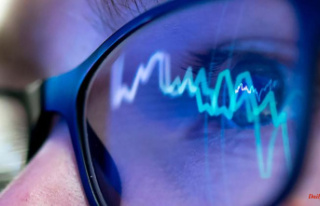 Uncertainty in the portfolio: how to deal with Russian...