Russian gas supplies have been stuck for days. 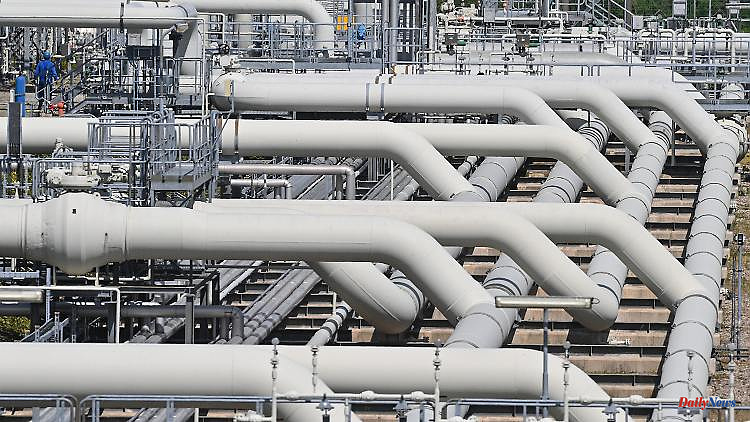 Russian gas supplies have been stuck for days. Significantly less arrives not only in Germany, Austria and the Czech Republic are now also affected. Economics Minister Habeck is concerned and calls for energy saving. "Now is the time to do that." Every kilowatt hour helps.

Gas supplies from Russia continue to falter. After Germany was already affected this week, other EU countries reported irregularities. According to the Russian news agency RIA, gas deliveries through the Baltic Sea pipeline Nord Stream 1 could be suspended. She quoted the Russian ambassador to the EU accordingly. Problems with repairs were again referred to as justification.

The federal government is responsible for the drastically reduced gas supplies through Russia, and Federal Minister of Economics Robert Habeck called the situation serious. According to his ministry, however, the secure supply of gas is still guaranteed. "Currently, the quantities can be procured on the market, albeit at high prices. It is currently still being stored," said a spokeswoman for the Ministry of Economic Affairs. "The security of supply is guaranteed."

However, the ministry is observing things very closely and is in close contact with the relevant actors about the crisis structures. Habeck said the past few days have shown how important it is to free oneself from dependence on Russia. The expansion of renewable energies is also a question of national and European security. In a video distributed via Twitter, the Green politician also called again to save energy. "Now is the time to do that." Every kilowatt hour helps.

Gazprom had already reduced gas deliveries to Germany for two days this week, citing delays in the repair of gas compressors as the reason. Habeck considers this to be a pretense. It is obviously the strategy to unsettle and drive up prices. Russian Presidential Office spokesman Dmitry Peskov, on the other hand, reiterated that the supply cuts were not pre-planned, but were being caused by turbine maintenance problems stemming from Western sanctions against Russia.

The restricted gas supplies are fueling concerns that the storage facilities might not be sufficiently filled for the winter. They could also be a reaction to the visit of German Chancellor Olaf Scholz, French President Emmanuel Macron and Italy's Prime Minister Mario Draghi to Kyiv.

The gas restrictions do not only affect Germany. A spokesman for the Austrian oil and gas group OMV said that the Russian supplier Gazprom had informed about a reduction. "We will replace these quantities with storage quantities and quantities from the spot market, if at all necessary due to the lower gas demand. The supply of our customers is currently ensured."

A spokesman for the Czech utility CEZ also said there were restrictions related to technical problems. The Slovakian gas importer SPP announced a reduction of around 30 percent.

At the end of March, Kremlin chief Vladimir Putin ordered a new payment system in response to Western sanctions in the wake of Russia's war of aggression against Ukraine. The procedure stipulates that customers open a so-called K-account with the state-owned Russian Gazprombank. There they can still pay their bills in euros or dollars, the bank converts the money into rubles and transfers it to Gazprom.

However, Poland, Bulgaria, Finland, the Netherlands and Denmark refused to switch to the new scheme. For Germany, Nord Stream 1 is the main supply pipeline with Russian gas. The Yamal-Europe line, which runs through Poland, had previously not been filled. Gazprom had already throttled transit via Ukraine in mid-May. According to data from the state gas network operator, just a little less than 40 percent of the 109 million cubic meters of natural gas contractually planned will flow west this Thursday. Energy prices have increased as a result of the previous restrictions, among other things, because less gas flows from Russia to Europe overall. 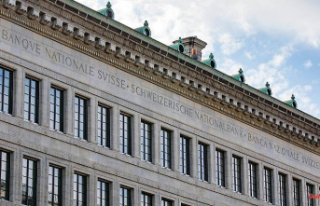