Liquefied natural gas from Qatar: What are the advantages of LNG? 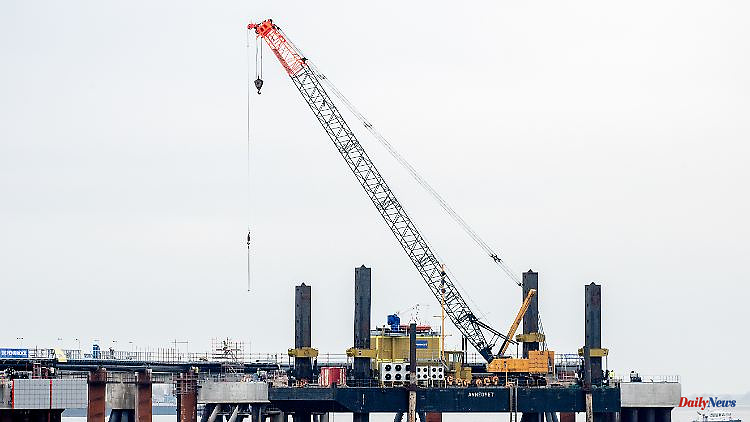 With the help of liquefied natural gas (LNG), Germany wants to become independent of Russian gas imports. Qatar now wants to deliver at least two million tons of LNG to Germany every year, starting in 2026.

What are the advantages of LNG?

In liquid form, the volume of natural gas is reduced by a factor of around six hundred. LPG can be bought in distant countries without a pipeline and transported by ship. However, natural gas only becomes liquid at about minus 162 degrees Celsius. Transport and processing are therefore energy-intensive and technically demanding.

What infrastructure is required?

In LNG terminals, the liquid gas is heated and compressed so that it becomes gaseous again. It can then be fed into high-pressure networks for trading or onward transport. LNG can also be loaded onto smaller ships, trucks or freight cars at the appropriate terminals. Germany is currently relying on special ships, so-called Floating Storage and Regasification Units (FSRU), which can take LNG from tankers and convert it into gas while still on board. According to the industry association Zukunft Gas, these floating terminals are intended to serve as an interim solution until fixed industrial facilities are built, so-called land-based LNG terminals. Three of these are to be built in the coming years.

Six terminals are currently being built in Germany. In response to the lack of natural gas deliveries from Russia, the federal government has leased five floating liquid gas terminals on the coasts of the North and Baltic Seas - two for Wilhelmshaven, one for Brunsbüttel, one for Stade and one for Lubmin. The FSRU in Wilhelmshaven and Brunsbüttel are scheduled to go into operation at the turn of the year. There is also a private-sector project in Lubmin, where commissioning is planned for December. In the absence of German plants, liquid gas has so far arrived in Germany via terminals in Belgium, France and the Netherlands.

Four major German gas importers have pledged to supply the terminals located in Germany as soon as they go live. According to the Federal Ministry of Economics, the individual plants have an annual capacity of at least five billion cubic meters of gas. The terminal in Lubmin, which is privately operated by Regas, intends to feed at least 4.5 billion cubic meters of natural gas into the German grid from December. According to the federal government, around a third of Germany's current gas requirements can be covered by the floating terminals.

How is the situation in other countries?

Other EU countries are already much further along. The first LNG import terminal was opened in Portugal in 2016. In 2021, 13 EU countries imported a total of 80 billion cubic meters. According to the Brussels think tank Bruegel, imports rose sharply in the first months of 2022. Significantly more gas came from the USA in particular. In 2021, LNG imports accounted for 20 percent of total gas imports into the EU. The largest importers were Spain, France, Italy, the Netherlands and Belgium. However, large parts of south-eastern Europe to the Baltic states and, to date, Germany as well have hardly had access to these imports due to a lack of infrastructure.

Where does the LPG come from?

In 2021, 28 percent of EU LNG imports came from the US, with Qatar and Russia each accounting for 20 percent. Other important suppliers are Nigeria and Algeria. Qatar is by far the largest LNG producer in the world and a sought-after contract partner in view of the current energy crisis.

What criticism is there in Germany?

Criticism of the LNG expansion plans comes primarily from environmental groups. On the one hand, they complain that the construction of new infrastructure for a fossil fuel contradicts the climate neutrality goal of the federal government. There are also immediate environmental objections. The terminal in Wilhelmshaven could therefore endanger the local porpoise population. Against this background, the environmentalists also criticize the approval procedures for the new projects, which have been greatly accelerated in view of the gas crisis. 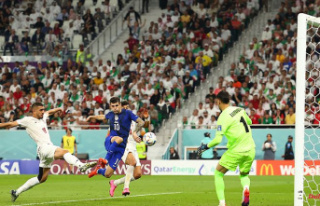 Iran is eliminated very narrowly: USA win the most...