The bare numbers are still correct. 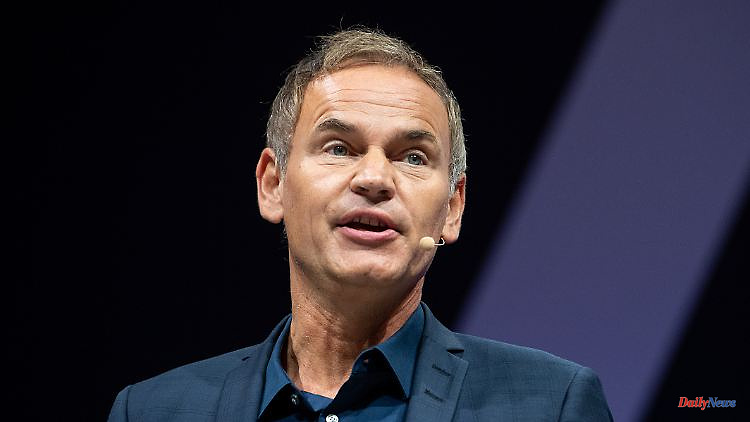 The bare numbers are still correct. But things were hotting up behind the scenes in the VW Group. The supervisory board and works council targeted CEO Diess. He is history. With Porsche boss Blume, the successor is already in office. But the problems remain. Or?

A spectacular change of personnel took place at Volkswagen. CEO Herbert Diess was dismissed at short notice and replaced by Porsche boss Oliver Blume. How come? After all, the VW Group can look back on a successful year, after all it posted a profit of more than 15 billion euros, almost three quarters more than a year ago. This is why Diess was optimistic.

But then fate took its course, followed by bankruptcies, bad luck and breakdowns - partly self-inflicted, partly caused by external disruptive factors that neither the VW board nor the supervisory board nor the works council could influence. For one thing, there was and still is the coronavirus pandemic. In China, by far Volkswagen's most important sales market, the Group is on a downward trend. The market share there has fallen from over 20 percent to under 15 percent. Partly due to the lockdown, because VW had to temporarily close three plants in China for a long time. But partly also due to competition, because the Chinese competition is catching up in the mass market and the new ID.3 electric car was obviously not as popular with customers as hoped.

However, even in autumn there is still a lack of a sufficient supply of memory chips. Other manufacturers also have and had the problem, but premium brands such as Audi, Mercedes or BMW also sell fewer cars, but at higher prices and margins. VW was more severely affected by the lack of materials, and production was canceled.

In addition, the Russian war in Ukraine is leaving a massive mark on the auto industry. These will deepen as the war goes on. For a long time, the main focus was on Leoni's missing wiring harnesses, as well as important precious metals and aluminum parts.

The homemade strategy flaws are more sustainable because they have a more perfidious long-term effect. CEO Diess decided early on and unilaterally that the auto giant and its subsidiaries would use electromobility as the sole form of propulsion in the future. And the end of combustion engines in the VW Group has already been announced for 2030. Alternative forms of propulsion such as hydrogen and air-conditioning fuel (eFuels) were categorically rejected, and openness to technology in the propulsion issue, as was the case with other manufacturers, was banned in Wolfsburg. To date, Diess has invested billions of euros in the electrification, automation and digitization of the Group and model range.

Blume is taking up his position as head of the giant corporation from Wolfsburg at a time when the corporation is still in the midst of a transition towards electromobility - and that in an increasingly difficult economic environment.

Sales of electric cars are faltering. The transformation devours large amounts in the billions. In July, CEO Diess laid the foundation stone for the construction of VW's first battery cell factory in Salzgitter. The "SalzGiga" is intended to be the blueprint for five other plants in Europe. Nevertheless, it is completely open whether VW will be able to defend its once dominant position in the old world of combustion engines as an electric car manufacturer. By autumn 2022, the manufacturer Elon Musk, who is so admired by VW boss Diess, will be clearly ahead with Tesla. In the summer, the high-priced Tesla Model Y was the battery electric vehicle (BEV) with the highest number of registrations, the Ford Kuga was the plug-in hybrid and the Hyundai Nexo was the fuel cell vehicle. No trace of Volkswagen in the top positions.

In addition, a fierce public dispute with the new works council chairwoman Daniela Cavallo was a burden for Diess. Blume, on the other hand, received a friendly public welcome from Cavallo when he was appointed.

But even if the internal "front line" is unencumbered, the new VW CEO Blume cannot complain about a lack of problem construction sites. The change at the top did not come unexpectedly, but had been announced for a long time. Industry insiders noticed that CEO Diess was less and less trusted to solve all these problems. His area of ​​responsibility was increasingly "de-operationalized". Most recently, he was supposed to take care of the newly founded company-owned software development division CARIAD - obviously with little success. Necessary deliveries for the announced Porsche e-car Macan repeatedly delayed its start-up. Diess rejected any responsibility, delegating it back to Porsche as self-inflicted. Zuffenhausen threatened to become Zoffenhausen, the group cash cow Porsche, so the fear, threatened to run out of "profit milk".

The Piëch and Porsche families intervened: CEO Diess was replaced by Porsche boss Blume overnight "by mutual agreement". But he kept his old job in personal union, since the IPO of Porsche, from which income of 85 billion euros beckoned for the VW group, should not be jeopardized under any circumstances.

This appointment did not come unexpectedly for Blume, but as a loyal employee of Diess he never actively pursued it. Blume is also a team player according to his own assessment, according to group insiders a "cool sock", incredibly structured. He is not a self-promoter. Blume is consensus-oriented: If necessary, discussions and considerations continue until there is a decision that everyone supports. This may be tiring, but in any case it is more effective than dissent because everyone can identify with the solution instead of later committing hidden fouls during the execution.

Oliver Ingo Blume was born in Braunschweig in 1968, so he is returning to his home country as the new CEO of Volkswagen AG. As with the Porsche business model, life has always been very fast for Blume - and, above all, silent, unlike cars. After studying mechanical engineering at the Technical University in Braunschweig, he became a planner for body construction and the paint shop at Audi at the age of 28. In 1999 he took over responsibility for the body construction of the Audi A3, two years later he was promoted to Executive Assistant Production at Audi.

He received his doctorate in automotive engineering from Tongji University in Shanghai, so he has excellent knowledge of China. From 2003, he then worked for five years in production planning at Seat and another five years at the Volkswagen brand.

In 2013, Blume was appointed to the board of directors of the Volkswagen subsidiary Porsche AG as head of production and logistics, and just two years later, from October 1, 2015, he was appointed chairman of the board. And now, after Diess' "voluntary" resignation, Blume also took over his position as CEO of Volkswagen AG on September 1.

On the same day, he announced that the board, which had been inflated by Diess, would be reduced from 12 to 9 members. Just two days later, he implemented the reduction as the first official act. It doesn't get any faster. With this, Blume has set a first scent mark. Next, he restructured the supervisory board of the problem subsidiary CARIAD, replacing merchants with IT technicians.

Blume wants to continue the course “away from the combustion engine and towards e-mobility”. Not a revolution, but a modification, because he wants openness to technology and also sees a climate-friendly mobility solution in synthetic fuels - not only for Porsche in the future. For the production of eFuels, he is currently building a larger plant together with Siemens, for example. There is a lot to do for builder Oliver Blume at VW! But he successfully laid the first foundations.

1 Worried about blackouts: are there more power outages... 2 Price brake instead of price increase: Lindner doubts... 3 "The Green Decade": We need 1000 times Biontech 4 Difficult times in the stock market: How to take advantage... 5 Do not create a gas monopoly: monopoly commission... 6 "Promise everyone everything": Election... 7 Bank robberies in Lebanon: "They are forced to... 8 Different price zones: Northern countries want to... 9 Offices opened in London: Brexit brings law firms... 10 Insolvencies and partial shutdowns: SMEs expect "energy... 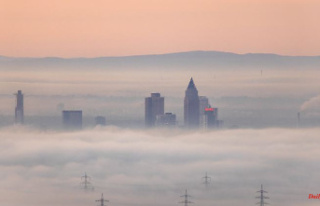 Worried about blackouts: are there more power outages...