Measures against inflation: "Only higher salaries protect against higher prices"

Due to persistently high inflation in Germany, there are increasing calls for more relief - especially for the poor. 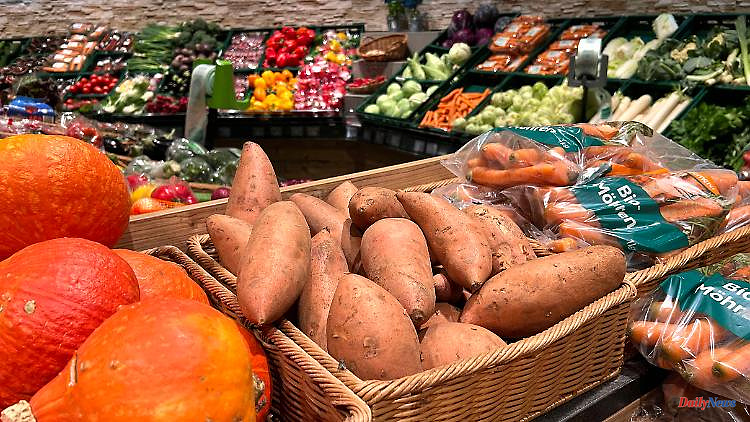 Due to persistently high inflation in Germany, there are increasing calls for more relief - especially for the poor. In an interview with ntv.de, DIW boss Marcel Fratzscher explains why the tank discount is the "original sin of all measures" and to what extent a reduction in VAT on food could help.

ntv.de: Is it right to cushion the consequences of inflation?

Marcel Fratzscher: What we are currently observing in Germany is imported inflation. Things that we have to import, especially energy, have become significantly more expensive. For us as a society, this means a loss of prosperity. On the one hand, politicians cannot let inflation run its course because basic services are particularly affected by the high prices. Things of everyday life, such as energy and food, are particularly expensive. Nobody can do without that. People may be able to forego travel or dining out, but not food and heating. In addition, low-income people are particularly affected by the high prices. That's dramatic. We are talking about 40 percent of the population who have too little income and at the same time have a pension gap. These people have too little money to be able to cope with the high energy prices and at the same time have no reserves to fall back on.

The fuel discount and nine-euro ticket have already given German consumers a little breather. Are the current measures to combat inflation sufficient?

No, the first two packages from February and April contain some good measures. But they don't meet any of the criteria needed for a smart package of measures. They are not fast enough and above all they are not accurate. Rather, it is a bottom-up redistribution. The original sin of all measures is the fuel discount, which benefits higher earners and does not result in energy being saved, but in more energy being used. Nor is it sufficient. People on low incomes only get compensated for a third of their inflation, they have to continue to bear the largest chunk themselves.

A reduction in VAT to zero percent for staple foods is also currently under discussion. How useful do you think this proposal is?

It's not the worst option, but it's not the best either. Lowering the reduced VAT for one year would cost the state around 15 billion euros. Most of this would go back to higher earners. Those who have a lot of money will benefit more from this. After all, they end up consuming more. The advantage is, of course, that this measure can be implemented very quickly within a few weeks. This is also shown by the experience with the temporary reduction in VAT in the second half of 2020. Everyone would also benefit from a reduction in VAT on food. Nobody would fall through the cracks.

But would a reduction in VAT on groceries be fair?

Relative to income, a reduction in VAT on groceries would benefit those on low incomes more because they spend a higher proportion of their monthly income on groceries. But seen in euros, higher earners get more. You don't buy the cheap pound of minced meat in the grocery store, but two expensive fillets of beef in the gourmet shop, which cost three or four times as much.

How certain is it that retailers would also pass on a VAT reduction to consumers?

Experience with the temporary VAT reduction in 2020 shows that around 70 percent of the reduction was passed on to consumers. Especially in the case of food retailers, where there is a relatively high level of competition between the suppliers, one can assume that the majority would also reach the consumers.

Not everyone pays income tax. There are also many people who are not employed. Also, it would take too long for the money to flow. But people with low incomes must be relieved now. This is where speed really matters. From an economic point of view, the best measures are those that involve financial transfers, similar to the energy flat rate. Low-income households, however, would need even more financial support. With a view to winter, they need to be relieved of heating costs in a targeted manner. Otherwise, in the next heating period, there will be a dramatic situation in which people can no longer heat their homes because they no longer have any money.

What are the snags of the measures that have been decided so far?

Relief packages are good. However, they cannot replace higher social benefits or higher wages. They are temporary by definition and will eventually expire. And then consumers will have to face high energy costs and food prices on their own again. Many confuse prices and inflation and believe that if inflation goes down, prices will go down again and everything will go back to how it was before the crisis. But that is a misconception. We will never get prices back to what they were before the pandemic and the Ukraine war. With permanently higher prices for heating and groceries, only permanently higher incomes help. This means that social benefits must be adjusted now and not only in January next year. The same is true for wages: only higher wages can provide lasting protection against higher prices.

But isn't there a risk of a wage-price spiral?

At the moment we see no signs of a wage-price spiral. Wages will rise by an average of 4 to 4.5 percent this year, while inflation could be close to 8 percent. In concrete terms, this means that most people achieve 3 to 4 percent less purchasing power with their income. So the employees are already bearing a large part of the burden of this crisis, especially people with low incomes who actually now urgently need protection and help from the state and society. When it comes to wage negotiations, it has to be very differentiated, because in fact many small and medium-sized companies cannot pay salaries that are 8 percent higher. But numerous companies in Germany can do this. Because there are not only losers, but also winners of inflation. Large corporations in particular continue to make big profits. Such gains must first and foremost be used in this crisis to increase workers' wages and incomes, and not to please company owners with dividends. 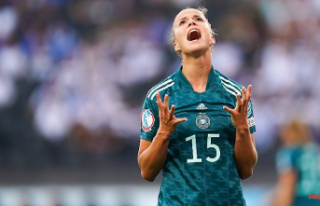