Mercedes-Benz S-Class turns 50: a cult vehicle for Chancellors and CEOs

This Benz gives the luxury of the 1970s a new look: the W116 series shines with powerful V8, monumental shapes and new safety technology. 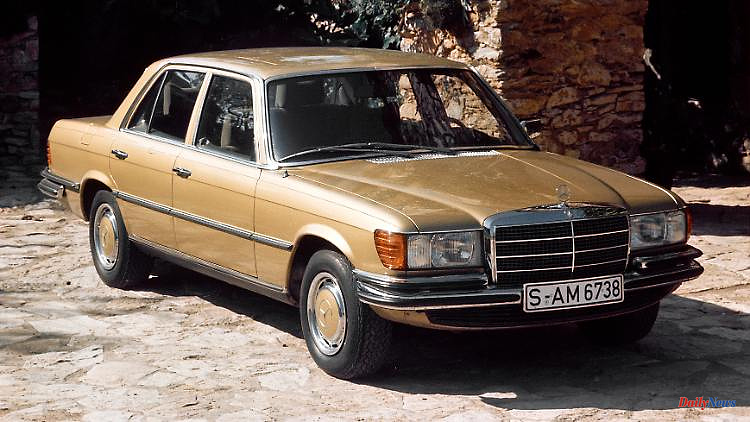 This Benz gives the luxury of the 1970s a new look: the W116 series shines with powerful V8, monumental shapes and new safety technology. Above all, it was the first Mercedes to officially bear the S-Class title and became the vehicle of choice for CEOs, Chancellors and Majesties.

Palace revolt in the prestige class: 50 years ago, the Mercedes-Benz W116 series officially named "S-Class" made its debut and the media promptly celebrated the premiere star in the premium sky as "the best car in the world with the latest technology and the finest materials in perfect workmanship ".

Until then, not even the majestic pomp-and-circumstance cruisers Rolls-Royce Silver Shadow and Mercedes 600 Pullman had received so much advance praise. Perhaps it was because the first S-Class arrived with an unprecedentedly wide range of models, from the just affordable six-cylinder carburetor type 280 S to the ultra-luxurious 450 SEL 6.9 with more power than the Mercedes 600 - and even one otherwise typical, frugal diesel for taxis was available in the 300 SD.

The W116 series thus fitted perfectly with Chancellor Willy Brandt's political claim for the 1970s. "Dare more democracy," demonstrated the S-Class as a middle-class alternative to the BMW E3 and Opel Diplomat and thus as a towing vehicle for caravans, but in the long version as the vehicle favored by corporate bosses, chancellors and royalty. Whether Chancellor Helmut Schmidt, the Pope, royal houses from all over the world and the representatives of the economic establishment persecuted by left-wing terrorists, such as Employer President Hanns Martin Schleyer, or oil barons in TV series like Dallas: For decision-makers, the S-Class W116 was the automotive power center of the decade - and with 473,000 units sold, the most successful luxury liner of its era.

Even in the rear of the Mercedes 280 S to 300 SEL 6.3 (W108/W109) built up to 1972, things were ruled, represented or composed by show greats, but only the subsequent W116 series advanced to a temple of futuristic technology in truly feudal dimensions.

The new basic model 280 S already offered a wheelbase of 2.87 meters and thus twelve centimeters longer than its predecessor and even 18 centimeters longer than a BMW 3.0 S, while the XL lounges, which were stretched by 11 centimeters to an external length of 5.06 meters, surpassed the 280 SEL bis 450 SEL all sedans below Rolls-Royce and Mercedes 600 (W100). But even these handcrafted giants found their master in the noblest representative of the W116: As the 450 SEL 6.9, the S-Class beguiled with the monumental engine of the Mercedes 600, but with a powerful increase in output thanks to the displacement increased to almost 6.9 liters and an im Motorsport-tested dry sump lubrication.

Because of the oil crisis of 1973/74, the introduction of the "Six-Nine" was postponed to September 1975, but the courage of the Mercedes strategists was rewarded. Although the voluminous V8 cost almost 70,000 marks and thus about half more than a Jaguar V12, 7380 units of this 230 km/h fast and 210 kW/286 hp four-door sports car found enthusiastic fans.

Whispering sound at Vmax and almost floating driving comfort thanks to hydropneumatic suspension including level control, plus optional electrically adjustable rear seats, that was unique at the time, but these qualities shouldn't be too obvious in the 1970s, filled with social envy. The most frequently ordered option was therefore the special equipment 261: omission of the chrome numbers 6.9 on the trunk lid. Nevertheless, Mercedes delayed the American sales start of the German post-war model with the largest displacement until 1977. The political mood seemed too autocritical here.

Then the Stuttgarters showed civil courage, as newspapers commented, and the V8 celebrated as the "colossus" immediately conquered high society's territories from New York to Hollywood. In addition, the highway jet broke the then legal highway sound barrier of 55 miles (88 km/h) after just six seconds and this value already qualified the Benz as a challenger to Ferrari in US specification.

Incidentally, the most expensive and yet popular electronic individual extra in the 450 SEL 6.9 was the telephone system for around 18,000 marks - there was already an alternative Mercedes 280 (Stroke 8). The best for the boss, according to this credo, the top V8 model in 1978 also drove ahead with the first standard European ABS brake system and early cruise control was also a must.

However, features already offered by the six-cylinder 280 S and 280 SE were also revolutionary for Mercedes customers. In the entire W116 series, for example, the old-fashioned rear single-joint swing axle had become obsolete in favor of an independent wheel suspension, and a wheel suspension tried and tested in the C111 Wankel super sports car was used at the front. A new, optional four-speed automatic also made starting off in second gear standard in the 280 S and SE, ideal for towing trailers with caravans and boats; first gear was only used for kickdown.

The carburettor model 280 S already offered sufficient power. Its 118 kW/160 hp 2.8-litre six-cylinder carburettor reached top speeds of almost 200 km/h in contemporary tests, which was the decisive mark on the speedometer at the time. On the other hand, you could save fuel and still drive faster with the 280 SE, which developed 136 kW/185 hp thanks to direct injection and made history as the best-selling S-Class type to date.

The eight-cylinder in the 350 SE was completely different, which was hardly more spirited, but developed a turbine-like running culture that was reminiscent of the C111. However, test consumption values ​​of up to 24 liters were disadvantageous. Despite this, the 450 SE with a powerful 165 kW/225 hp V8 was awarded the European media prize "Car of the Year 1973" and in the USA the "Best Sedan" trophy.

And another engine caused a sensation in the Swabian top model: in 1978 the 300 SD made its debut as the world's first luxury sedan with a five-cylinder diesel engine. With this diesel version, sold exclusively in North America, Mercedes was able to easily meet the limits for so-called fleet consumption introduced by the US government, because the five-cylinder was content with 12 liters of diesel per 100 kilometers.

Above all, however, it was a mixture of innovative technology, classic body contours and solidity, which was unique at the time, that made the star bearers irresistible until 1980. Mercedes countered the debut of the first BMW 7 Series confidently with the slogan: "Even in 1977 it was not possible to build an even better car."

The Swabian special class did not have any serious quality defects, the Mercedes seemed to be as stable as a castle withstanding the storms of the time, so that even Helmut Kohl from 1982 also relied on this chancellor's limousine.

The successor W126 had already been in service for three years, but the throne of the W116 could hardly be shaken at first, especially since the chrome armor usually showed no signs of aging even after mileage of more than half a million kilometers. 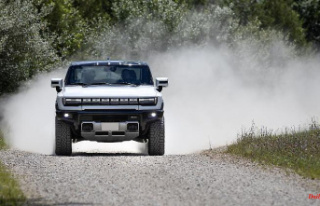