Moderately wild: VW Polo GTI - away from the pop can

The VW Polo GTI was once notorious as a crackpot. 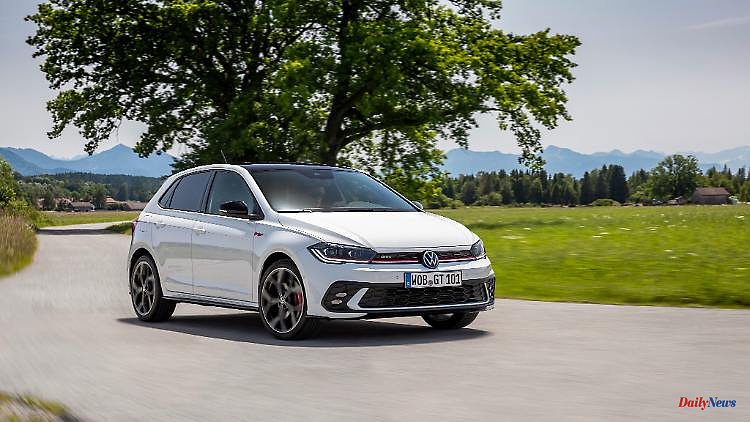 The VW Polo GTI was once notorious as a crackpot. At the same time, it was an inexpensive entry into the sporty car world. Today, the little athlete costs as much as a Golf GTI a few years ago. But he should also offer more than youthful wildness.

The VW Polo has long outgrown the pure second car and city car segment. The GTI variant has meanwhile evolved from a juvenile gun into a suitable sports car for everyday use. This is not only noticeable in the decent amount of space and the well-engineered handling, but above all in the price.

Externally, the most powerful Polo has the usual discreet approach. However, the honeycomb radiator grille with red trim, red brake calipers and the double tailpipe at the rear reveal the special position of the GTI in the broad Polo portfolio at the latest at second glance. This ultimately manifests itself in the now 207 hp 2.0-liter four-cylinder turbo under the hood. Since the revision last year, the petrol engine has only been available in conjunction with a seven-speed dual-clutch transmission. The previously offered manual transmission is probably no longer required for reasons of the CO₂ balance.

This may bother purists and fans of crisp mechanics, but the automatic transmission suits the GTI well. When maneuvering, it crawls into the gap in a way that is easy to control, and in everyday traffic it shifts gears very gently and comfortably. In order to quickly engage the low gears when there is a sudden demand for performance and whip the Polo forward under an initially robust and later sporty loud soundscape. The four-cylinder reacts just as quickly and immediately as the transmission, responding quickly and emphatically to gas commands. It takes 6.5 seconds to reach 100 km/h from a standing start, and it only tops out at 240 km/h. Not many small cars can compete with that.

Like the drive, the optional "Sport Select" chassis also manages the balancing act between pleasant everyday mode and sporty attitudes. With a tendency to be tightly tuned, the dampers allow sufficient suspension comfort in normal mode. At least at cruising speed; at low city speeds, the lowered Polo transmits the condition of the road to the inside quite unfiltered, even in the most comfortable driving mode. On country roads and motorways, however, the small car is as relaxed and confident as a big one. And if necessary also decidedly sporty, with the precise and binding steering and the low body movements being particularly pleasing. The standard electronic differential lock on the front axle also pulls the front-wheel drive small car quickly through tight bends. There are also plus points for the energetic but easily controllable brakes.

All in all, the currently smallest GTI suppresses any acoustic, visual or chassis-related riot without appearing slowed down or well-behaved. Instead of playing the wildly roaring and tire-squeaking hooligans, he prefers to present himself as a mature and serious athlete. A character that also goes well with the rest of the car. At 4.05 meters in length, the power Polo towers over the first Golf GTI by just a hand's breadth. Especially at the front, the space left nothing to be desired, at the rear it offers very good space, at least in a class comparison.

And even if the trunk is barely enough for a family vacation, there is still more than enough luggage for a trip for two behind the flap. The ambience in the cockpit is also convincing. Although it has hardly been sportily upgraded compared to the standard models, it still convinces with good workmanship and high material quality. At VW, this is no longer the case for all models and variants.

If you want to adorn yourself with a Polo GTI at a young age, you have to save a lot. The times when there were still very sporty small cars for 20,000 euros are long gone, especially at VW. The willing buyer must now have at least 31,100 euros in the bank in order to be able to afford at least the decent, but not lavishly equipped basic model. If you order a few extras such as metallic paint, 18-inch wheels and a sound system, you will get just under 34,000 euros. Four years ago that would have been enough for a Golf GTI Performance. After all, the full-grown Polo no longer offers much less car for the money than the compact sports car. 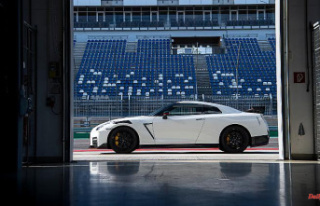 End for Nissan GT-R in Europe: The Last Howler of...