The Bank of Japan is bucking the trend of tight monetary policy and wants to keep borrowing costs at "current or lower" levels. 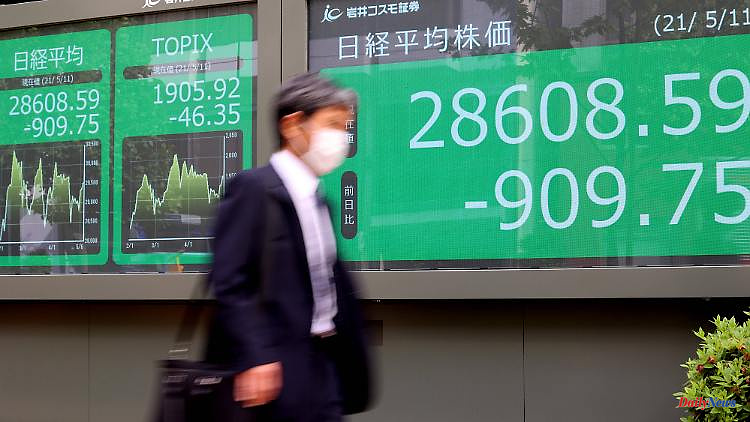 The Bank of Japan is bucking the trend of tight monetary policy and wants to keep borrowing costs at "current or lower" levels. Although the yen has fallen sharply, one would be careful not to repeat old mistakes with hasty interest rate hikes.

Unlike their counterparts in the US, the euro zone and the UK, Japanese central bankers are sticking to their ultra-loose monetary policy. Borrowing costs are to be kept at "current or lower" levels, the central bank announced after its two-day meeting in Tokyo. She wants to continue to keep short-term interest rates at minus 0.1 percent and the yield on ten-year government bonds around zero percent.

However, due to the sharp fall in the value of the local currency, the yen, it was also emphasized that the effects of price movements on the economy should be "closely monitored". "The recent rapid fall in the yen is increasing uncertainty about the outlook and making it difficult for companies to formulate business plans," said central bank governor Haruhiko Kuroda. "It is therefore negative for the economy and undesirable."

The yen slipped by up to 1.7 percent against the dollar after the interest rate decision. Widening policy divergence between Japan and the rest of the world has pushed the currency to a 24-year low. This threatens to stifle consumption, since the already rising import costs are likely to continue to rise with the weak currency.

The reason for the weakness of the yen is that other major central banks, such as the American Fed, have aggressively raised their key interest rates in the fight against high inflation, or at least signaled that they would. This makes the yen less attractive to investors. "The risk of inflation is very different in Japan as it is not structural and is much lower than in the US or Europe," said Nikko Asset Management analyst John Vail. "There is therefore less need for higher interest rates or bond yields." In addition, the central bank is very careful not to be accused of repeating the mistake of 2007 - raising interest rates ahead of a global recession.

The central bank is in a dilemma. Since the inflation rate in Japan is currently around two percent below that of western economies, it is concentrating on supporting the economy, which is still weak due to the corona pandemic, with low interest rates. This has triggered the yen's slide, hurting an economy heavily dependent on imported fuel and commodities. On the other hand, the currency weakness is helping Japanese exporters, who are becoming more price-competitive as a result. "It is important that companies that benefit from the weak yen increase their investments and wages," Central Bank Governor Kuroda demanded.

1 Relieved applause: WTO has been struggling to reach... 2 Isere. A 52-year old man was saved by his friends... 3 Also criticism of the 9-euro ticket: the taxpayers'... 4 Trump also welcome back: Musk is aiming for a billion... 5 Ponzi scheme for fun?: Dogecoin investor is suing... 6 Ardeche. Vagnas: A teenage victim of a scooter accident... 7 Investors fear recession: Dow falls below 30,000 mark 8 Also targeting German companies: Bridgewater bets... 9 Takeover not yet through: Musk is already announcing... 10 "First we had to clear everything": How... 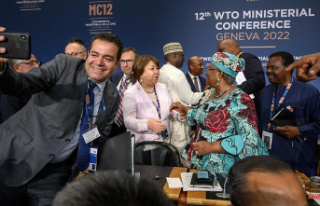 Relieved applause: WTO has been struggling to reach...