Much understanding for Russia: Turkey wants to mediate in the grain crisis - and gets lost

20 million tons of grain are waiting in the Ukrainian ports to be exported. 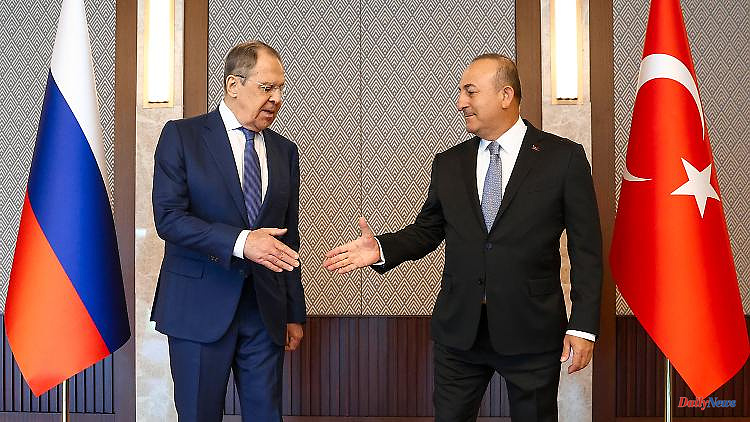 20 million tons of grain are waiting in the Ukrainian ports to be exported. However, the Russian naval blockade does not allow this. Russia's Foreign Minister Lavrov makes an end to sanctions a condition. Turkey shows understanding for this demand, although the country actually only wants to mediate.

Turkey is making little headway in its negotiations between Russia and Ukraine to release grain to world markets. Russian Foreign Minister Sergei Lavrov said in Ankara that he believes it is possible to export the blocked Ukrainian grain by sea. The prerequisite for this is that Ukraine demined the entrances to its ports. Doubts have been sown from Ukraine, however, that Turkey is powerful enough to bring about a compromise.

The Presidential Office in Moscow said that Russian grain would only come back onto the world market once the West had lifted its sanctions. After a meeting with Turkish Foreign Minister Mevlut Cavusoglu, Lavrov said that the Russian armed forces would not use it for their own purposes if Ukraine provided safe passage for cargo ships. "These are guarantees from the President of Russia," Lavrov said at a press conference with Cavusoglu. "We say daily that we are ready to guarantee the safe passage of ships leaving Ukrainian ports for the (Bosphorus) Gulf. We are ready to do this in cooperation with our Turkish partners," Lavrov said. "To solve the problem, Ukraine must allow ships to leave their ports, either by demining or marking safe corridors."

It is estimated that around 20 million tons of grain are stuck in Ukrainian ports because of the war. The main customers are usually countries in the Middle East and North Africa. Famine, which is already rampant there, is currently increasing due to the lack of deliveries. Director of Ukrainian Grain Traders Serhiy Ivashchenko said Turkey cannot guarantee the safety of the shipments. In addition to the Turkish navy, he also called for the Romanian navy to intervene. In addition, it would take two to three months to clear the ports in Ukraine. Of particular importance is the country's largest port in Odessa.

Cavusoglu called the meeting with Lavrov fruitful. A resumption of exports from Ukraine via a sea corridor is reasonable. The United Nations are currently working with the governments in Moscow and Kyiv to restart exports. Turkey has offered its cooperation.

Meanwhile, the Presidential Office in Moscow has said that Russia will not supply grain to the world market until Western sanctions are lifted. Cavusoglu even agreed to the Russian demand. This is legitimate and justified. The sanctions affected ship insurance, payments and access to European ports, Kremlin spokesman Dmitry Peskov said. There must be serious discussions about lifting the sanctions. Because of the war of aggression against Ukraine, the West has imposed tough sanctions on Russia.

At the same time, Peskov downplayed the importance of Ukraine for global grain supplies. There is "much less grain than the Ukrainians claim," he said. Together, Russia and Ukraine account for about a third of the global wheat supply. Russia is also one of the key suppliers of fertilizers, Ukraine for corn and sunflower oil.

Grain silos in the government-controlled area are currently about half full, according to Ukrainian sources. There are around 30 million tons in the silos with a capacity of 55 million tons, the country's grain association said. The Ukrainian Agricultural Association accused Russia of stealing around 600,000 tons of grain from the occupied territories. Russia must pay for the damage caused.

1 Moral authority Steve Kerr: The NBA's most notable... 2 Hesse: van crashes into trailer: police officers as... 3 She smeared herself with blood: a student reports... 4 After Covid cases were discovered on board, a German... 5 Hessen: Ten-year-old cyclist collides with a car 6 Advance in Strasbourg: EU Parliament wants to ban... 7 More details about the perpetrator known: Interior... 8 Mecklenburg-Western Pomerania: Cinema Culture Prize:... 9 More details about the perpetrator known: Interior... 10 Bavaria: Fatal truck accident at the end of the traffic... 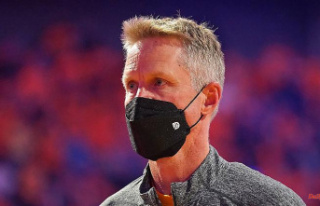